The Justice Department said Tuesday that former President Donald Trump likely hid classified records before the FBI searched Mar-a-Lago, and pushed back on his request for a special master to review the seized materials.

A late-night court filing from the DOJ said the classified records at Mar-a-Lago "were likely concealed and removed" before the search, and that "efforts were likely taken to obstruct the government’s investigation." It also says Trump's request for a special master "is unnecessary and would significantly harm important governmental interests, including national security interests."

The filing said that over 100 documents in 13 boxes or containers with classification markings were seized from the property, including three classified documents that were taken from the desks in Trump’s office. It also featured a photo of several folders recovered from Mar-a-Lago marked "Top Secret" or "Secret." Trump maintains that he cooperated fully with the government efforts to recover classified materials in the months before the raid, and that he declassified the documents before leaving office. His legal team has requested that a third party review the seized materials to sort out any protected by attorney-client privilege or executive privilege, a task the DOJ says it has already completed.

News outlets across the political spectrum, especially left- and center-rated sources, prominently covered the DOJ's filing and allegations against Trump. 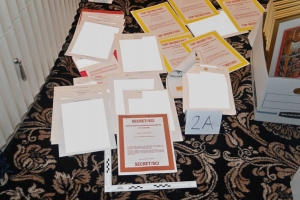 Department of Justice/Handout via Reuters
News

The Justice Department pursued a search warrant for Mar-a-Lago because investigators suspected that former president Trump and his associates relocated and hid highly classified records, despite claiming that they returned such privileged information to the government, a Tuesday court filing from the department reveals.

The filing came amid Trump’s petition for a special master to conduct an independent review of materials seized from his residence, a motion which a judge said that she has “preliminary intent” to grant but which the DOJ opposes, citing potential injury to national security interests.

Taking inventory of the confiscated materials,...

WASHINGTON — The Justice Department said Tuesday night that it had evidence classified documents at former President Donald Trump's Mar-a-Lago estate were "likely concealed and removed" before the FBI search to retrieve them.

In its late-night court filing, the Justice Department said that Trump's request to appoint a special master to review the documents “is unnecessary and would significantly harm important governmental interests, including national security interests.”

Some of the documents were so sensitive and classified that FBI agents and Justice Department attorneys needed additional security clearances to review them after the raid earlier this month.

The filing details the chronology of federal officials’ monthslong attempt to recover presidential records and classified documents from Trump’s Florida home, casting doubt on the former president’s team’s claims that a “diligent search” was conducted and all documents requested by the subpoena were returned.

Trump has claimed the search warrant of Mar-a-Lago was unnecessary since... 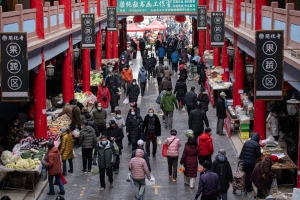