China Says U.S. is to Blame for Trade War

China on Sunday released a policy paper that blamed the United States for the trade war. They did hint at their willingness to resume negotiations with Washington while rejecting any attempt to force concessions from Beijing.

See Today’s News »   More Headline Roundups »
From the Right
6497
Trade
China blames US for trade war, says ‘nothing is agreed until everything is agreed’
Fox News (Online News) 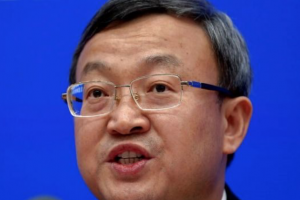 China Opens a New Window. on Sunday blamed the United States for the trade war Opens a New Window. , vowing it would not back down and accused Washington of being an untrustworthy negotiator as tensions continue to escalate between the two countries. China released a policy paper that claimed the U.S. had backtracked three times during trade negotiations by implementing new tariffs and other conditions. The report said that China has kept its word throughout 11 rounds of talks and will honor its commitments if a trade agreement is... 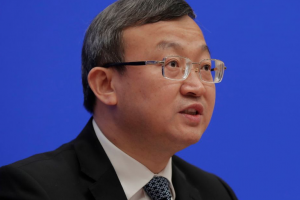 After weeks of escalating trade tensions with the U.S., China modulated its rhetoric, suggesting negotiations remain a priority and laying out conditions for doing so.
A government policy paper on trade issues with the U.S. released Sunday accused Washington of scuttling the negotiations, which broke down in all but name last month. It said the Trump administration’s “America First” program and use of tariffs are harming the global economy and that China wouldn’t shy away from a trade war if need be.

Read full story
Some content from this outlet may be limited or behind a paywall.
See full media bias rating for Wall Street Journal (News)
From the Left
6497
Trade
China says U.S. ‘solely to blame’ for collapse of trade talks
Politico

China has laid the blame squarely on the United States for the breakdown of trade talks between the world’s two biggest economies, but hinted at its willingness to resume stalled negotiations with Washington while rejecting any attempt to force concessions from Beijing.