Pittsburgh Bridge Collapses Near Frick Park Ahead of Biden’s Visit

Transportation, Infrastructure, Bridge Collapse, Pittsburgh, General News
Save for Later
From The Center 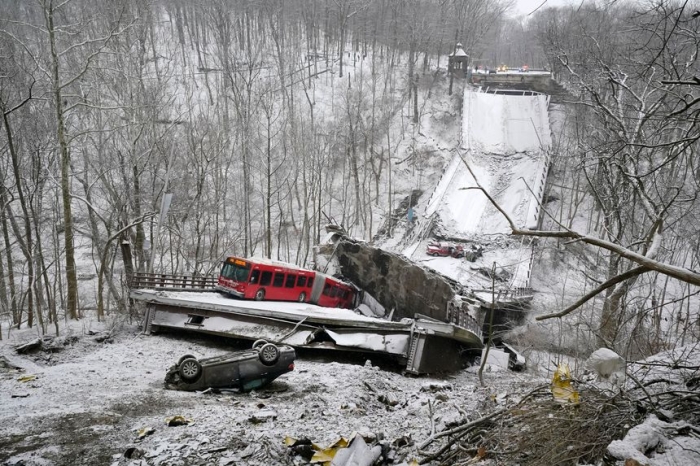 A snow-covered bridge in Pittsburgh collapsed Friday morning, according to Pittsburgh Public Safety, as the city prepared for a visit from President Biden centered on infrastructure.

Officials tweeted a photo of the collapse, which showed cars flipped over and a bus among the wreckage. Three people were transported to the hospital with non-life-threatening injuries, according to Pittsburgh Public Safety.

“Red Cross has been contacted for victim assistance,” the agency said on Twitter.

The bridge is part of a major route, located near Frick Park on the east side of the city. There was a...

Read full story
Some content from this outlet may be limited or behind a paywall.
Transportation, Infrastructure, Bridge Collapse, Pittsburgh, General News

AllSides Media Bias Rating: Center
You agree.
Thank you! Community votes alone don't determine our ratings, but are valuable feedback and can prompt us to do more research.
106312/83987