Elections, Midterm Elections, Georgia, Governor, Stacey Abrams
Save for Later
From The Left 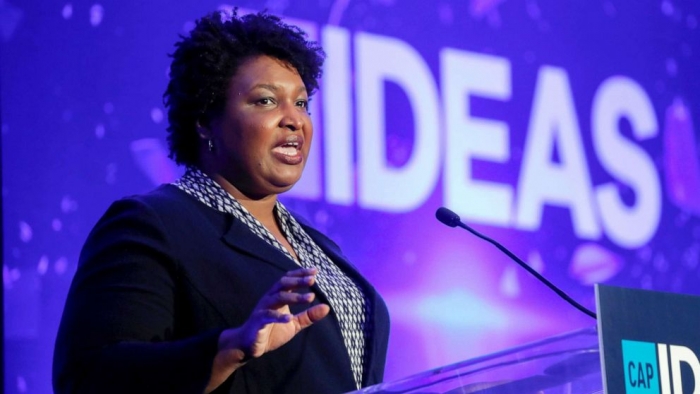 Stacey Abrams will be back on the campaign trail in a second bid for governor of Georgia next year, setting the stage for a possible rematch with GOP Gov. Brian Kemp whom she lost to in 2018.

"I’m running for Governor because opportunity in our state shouldn’t be determined by zip code, background or access to power," Abrams said in an announcement video. "No matter where we come from in Georgia, or how long we've been here. We believe in this place and our folks who deserve to be seen and heard and have a voice because in the end, we are one Georgia."

In 2018, she ran a high-profile race for governor against Kemp, but lost by less than two points. Abrams credits her loss to Georgia’s restrictive voter registration processes and voter purges.

Following the loss, Abrams continued to gain notoriety as she advocated for voting rights legislation. She launched the Fair Fight voter protection organization, which is credited with helping Joe Biden win Georgia in 2020, as well as Raphael Warnock and Jon Ossoff win the state's two Senate seats.

PERSPECTIVES BLOG
When Bipartisanship is A Long Way Away
NEWS
Jan. 6 probe roils Cheney race in Wyoming
The Hill