Kyle Rittenhouse Doesn’t Need to Be Acquitted to Win 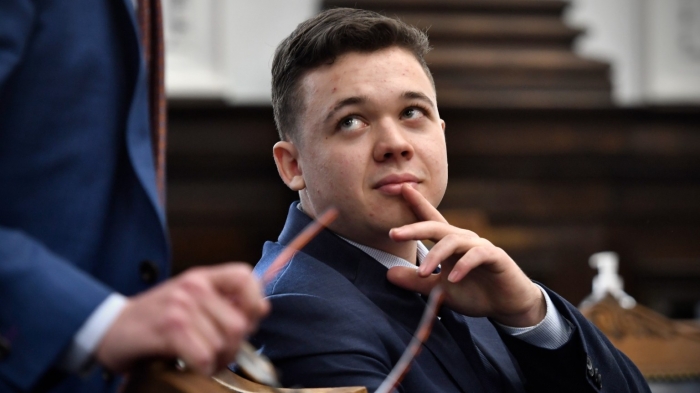 Kyle Rittenhouse was 17 when he killed two Black Lives Matter protesters in Kenosha, Wisconsin, and wounded another. Rittenhouse, who is now 18, has been charged as an adult with five felonies and is accused of crossing state lines and using a gun to kill Anthony Huber and Joseph Rosenbaum, and injure Gaige Grosskreutz. Earlier this month, amid a swarm of controversy, he went on trial in a Kenosha courtroom.

The killings occurred in August 2020, during a series of protests that took place after Rusten Sheskey, a white Kenosha police officer, shot 27-year-old Jacob Blake, a Black man, seven times in the back after a woman called 911 about a domestic incident. Blake was not killed but is now paralyzed from the waist down. Upon hearing about the violence, Rittenhouse left his home in Antioch, Illinois, and then returned there after his actions. When he was charged with the crimes, Rittenhouse quickly became the perfect young, right-wing celebrity for our dystopian times, easily raising $2 million for bail. For many conservatives, Rittenhouse wasn’t a violent vigilante, illegally taking matters into his own hands, but rather a hero defending himself, the besieged businesses of Kenosha, and, of course, white supremacy.

The prosecution has had a tough time in court, which I will get to later. But the unfortunate overarching truth is that the actions of the prosecution hardly seem to matter. Should Rittenhouse be convicted, he becomes a martyr. An acquittal legitimizes what he did, and he becomes a hero. Whatever the jury’s verdict, Kyle Rittenhouse will secure his place as a role model to be emulated.

‘Different From Any Other Jail In America’: A January 6 Prisoner Speaks Out
The Daily Wire