Can Trump use executive privilege to block Jan. 6 attack probe? 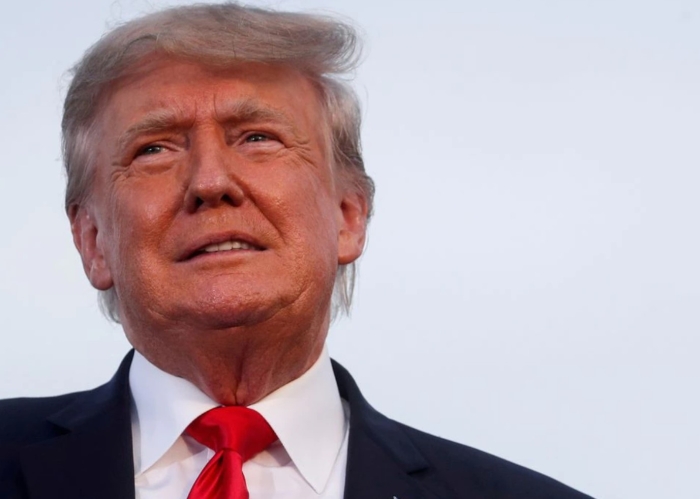 WASHINGTON, Sept 9 (Reuters) - U.S. government agencies have a Thursday deadline to produce documents demanded by a congressional committee investigating the Jan. 6 attack on the U.S. Capitol, including communications involving some of former President Donald Trump's closest advisers and family.

The Republican Trump wants executive privilege to be used to stop at least some of the documents from being transferred, a decision that rests with the White House of his Democratic successor, Joe Biden.

Here's an explanation of how executive privilege works:

WHAT DOES THE COMMITTEE WANT TO...

Biden ties Republican in race for Va. governor to Trump

President Joe Biden framed the Virginia governor’s race as a repudiation of his predecessor, tying the Republican candidate to former President Donald Trump as...

'It's absolutely getting worse': Secretaries of state targeted by Trump election...

"I am a hunter -- and I think you should be hunted," a woman can be heard saying in a voicemail left for Arizona Secretary of State Katie Hobbs in September. "...

The Trump administration was “distracted” by last year’s election and ignored recommendations to curb the pandemic, the White House’s former coronavirus...

Jan. 6 Protest Organizers Say They Participated in ‘Dozens’ of Planning Meetings With Members of...

As the House investigation into the Jan. 6 attack heats up, some of the planners of the pro-Trump rallies that took place in Washington, D.C., have begun...

Thirty-five percent of registered voters said the results of the 2020 presidential election should be overturned, according to a new poll, nearly nine...

Rep. Alexandria Ocasio-Cortez has called for the expulsion of any member of Congress who helped plan the storming of the U.S. Capitol after...

Florida businessman Lev Parnas was convicted Friday on charges of conspiracy to make foreign contributions to political campaigns, according to multiple...

GOP members lash out at Rolling Stone report linking them to Jan. 6 planning

A number of Republican members of Congress named in a Rolling Stone report as being involved in planning the details of rallies and...

Former President Donald Trump filed a lawsuit on Monday in a Washington D.C. court against the House Select Committee investigating the Jan. 6...