What's next for Cuomo after sexual harassment report?

sexual misconduct, Andrew Cuomo, New York
Save for Later
From The Left 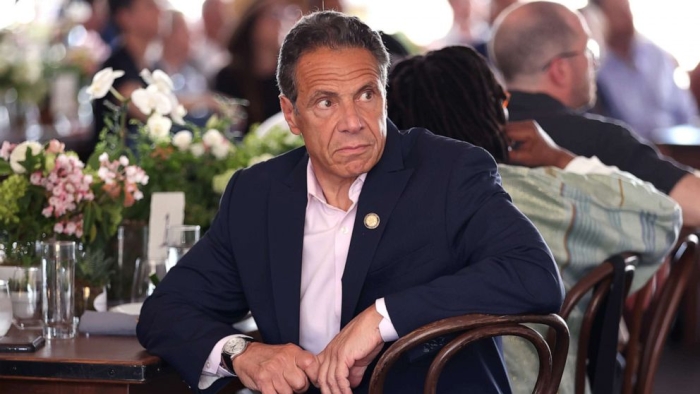 New York Gov. Andrew Cuomo vehemently has refused to step down after the release of a report that found he sexually harassed multiple women and created a hostile work environment.

The blistering report, by New York Attorney General Letitia James, was released on Tuesday after a four-month investigation. Cuomo has denied all allegations of sexual misconduct.

Here's how the political saga could continue:

While James said that the state attorney's probe would have no criminal referral, district attorneys in Manhattan, Albany, Westchester County and Nassau County have now requested the investigation's materials...

For His Accusers to Get Justice, Andrew Cuomo’s Impeachment Must Go On
OPINION

“A Petty Tyrant with Too Much Power”: Former Cuomo Rival Zephyr Teachout Responds to Resignation
ANALYSIS

Law professor Zephyr Teachout, who challenged Cuomo for the New York Democratic nomination for governor in 2014, describes Cuomo as “extraordinarily...

Two summers ago, Gov. Andrew M. Cuomo stared into a camera, signed a bill and made a promise to the women of New York. “Let’s actually change things...

Lawmakers in the New York State Assembly will issue a report on their investigation into Governor Andrew Cuomo after abandoning an impeachment effort in light...

In Barely A Year, Gov. Cuomo Went From A Pandemic Hero To A Political Pariah

In the space of just over a year, N.Y. Gov. Andrew Cuomo went from a pandemic "hero," watched daily by millions of people, to a flattened politician under...

New York Gov. Andrew Cuomo has announced he will resign from office following a scathing report from the state's attorney general concluding that the third-...

Disgraced Gov. Andrew Cuomo has gone down fighting, using his farewell address to defiantly brand his treatment “unfair” and slam the attorney general’s...

Elites Think The Rules Don’t Apply To Them, And Andrew Cuomo Is Just The Result
OPINION

Slimeballs like Cuomo are merely the backwash of a system that has given up on accountability. Not sexually harassing people should be a very, very low bar...