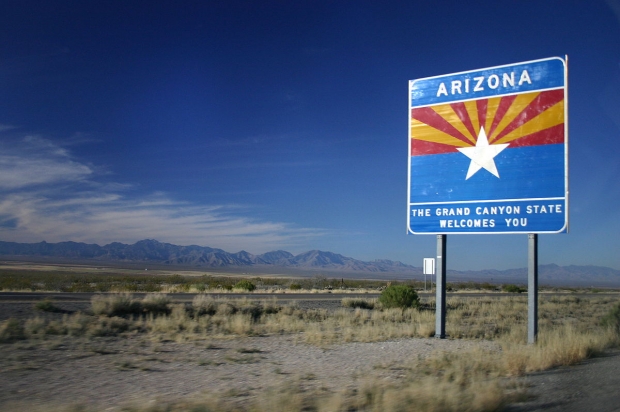 A peculiar feature of Wednesday’s post-election protests was some Trump supporters’ chants of “shame on Fox!,” in reference to Fox News, the right-leaning news media giant. While data shows Republicans trust Fox more than any other outlet, President Trump has publicly criticized the company as recently as late October. Attitudes toward the network may have again shifted when Fox called Arizona for Joe Biden at 11:20pm on Tuesday night, significantly earlier than other outlets.

The call triggered a quick response by the Trump campaign. Chief strategist Jason Miller criticized the move, claiming on Twitter that “1M+ Election Day votes out there waiting to be counted” when Fox News made the call. A Trump Campaign press release called Arnon Mishkin, the head of the independent Fox News Decision Desk, a “Clinton-voting, Biden-donating Democrat.” Many in the White House and the media called for a retraction, but Fox News held its ground.

1/ @FoxNews is a complete outlier in calling Arizona, and other media outlets should not follow suit. There are still 1M+ Election Day votes out there waiting to be counted - we pushed our people to vote on Election Day, but now Fox News is trying to invalidate their votes!

Despite calling Arizona with just 73% of the vote in, Mishkin defended his team’s decision, saying, “I’m sorry, the president is not going to be able to take over and win enough votes.” Despite Mishkin’s confidence, internal divisions arose, with Fox News host Harris Faulkner at one point branding Arizona as “too close to call.” 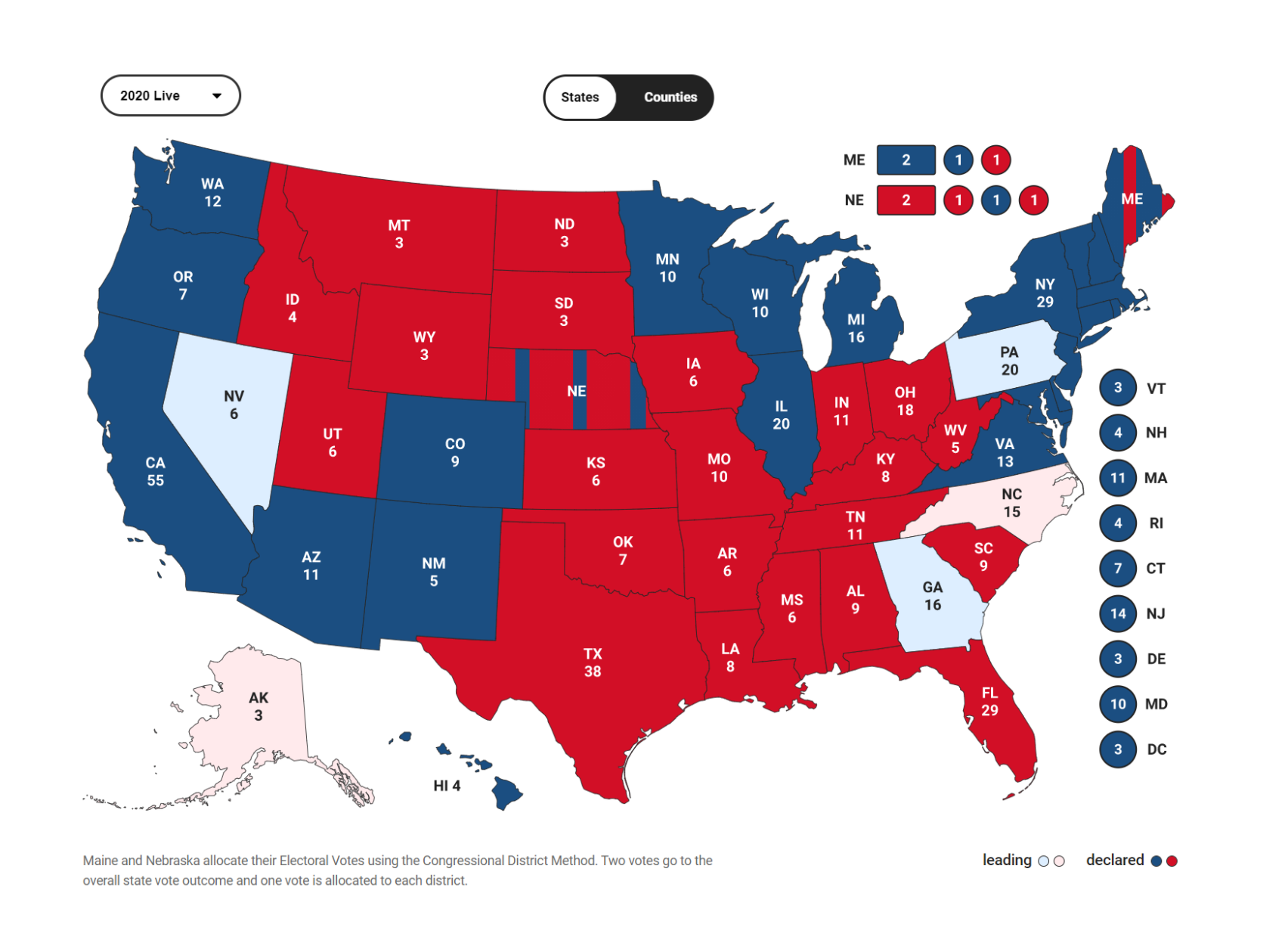 Other News Outlets on Arizona

Fox News was not alone in its calling of Arizona; the Associated Press called Arizona for Joe Biden the following day, with 250,000 votes still to be counted. AP’s Brian Slodysko defended the decision, arguing that most of the ballots still being counted were from Maricopa County, home to the city of Phoenix and where Biden held a 3.4 percentage point lead.

Critics of Fox News and AP included Nate Silver, founder of FiveThirtyEight, who called for retracting the decision on Wednesday. Silver said while “I guess I'd say that Biden will win Arizona if you forced me to pick,” the state’s high number of remaining mail-in ballots warranted restraint.

AP’s Election Map, which Google features on searches for “election results,” as of Friday afternoon: 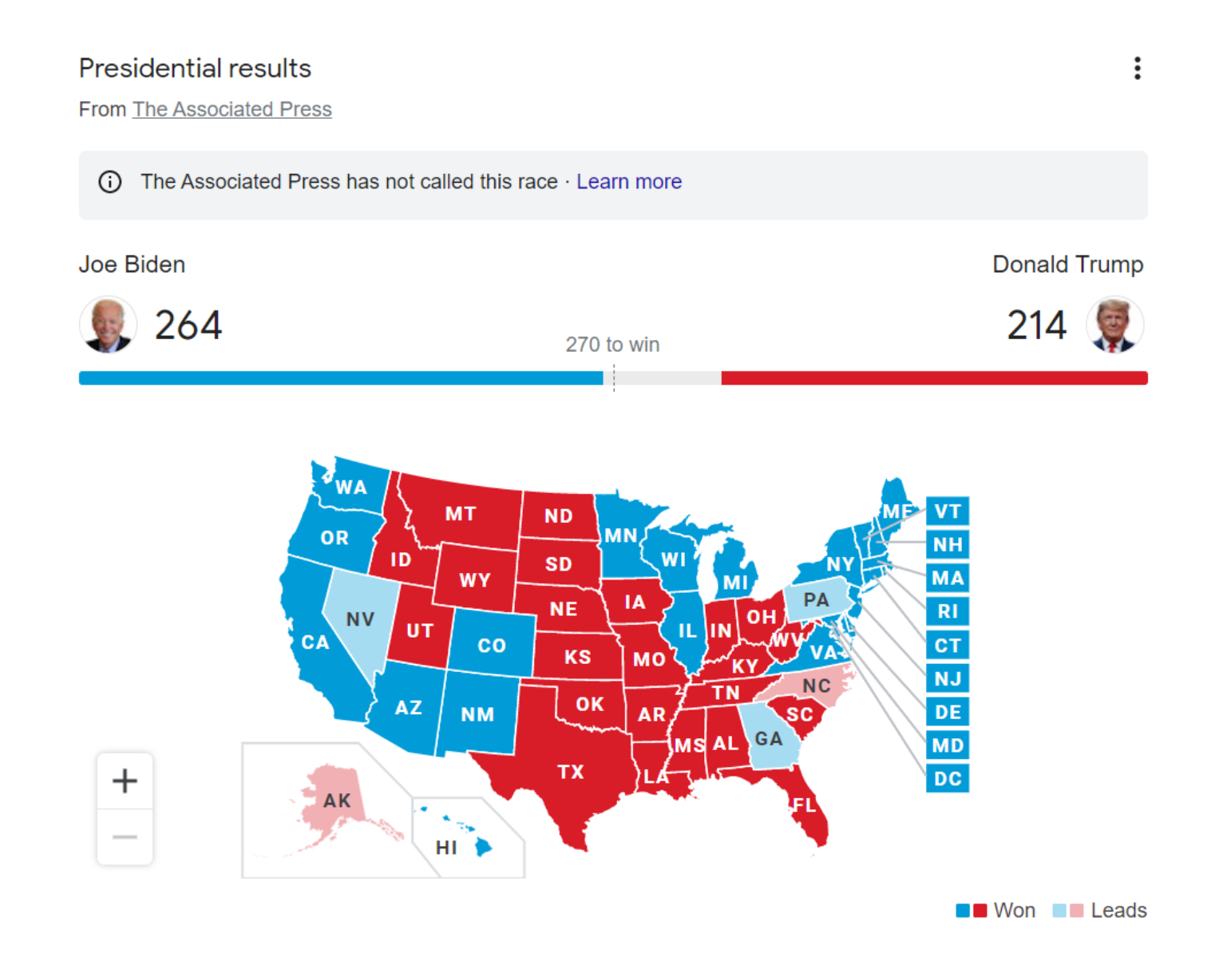 Some outlets issued a correction after an error was discovered in data provided by exit pollster Edison Research. On Wednesday morning, data incorrectly showed 98% of Arizona votes had been counted when the real number was 86%.

The New York Times added a disclaimer to its election map on Wednesday: 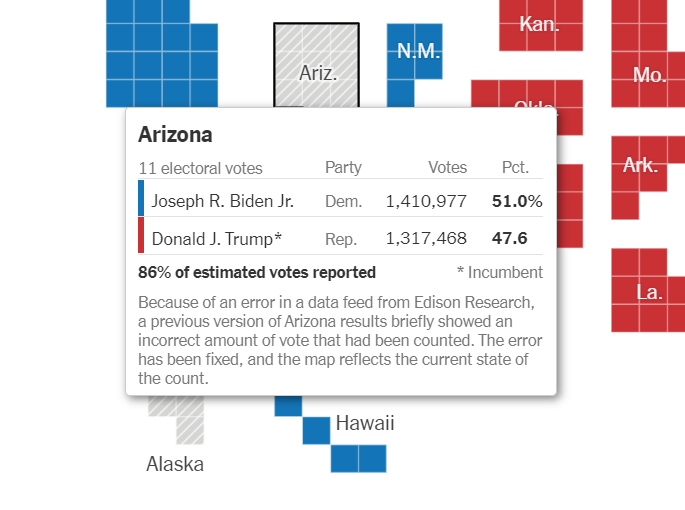 Joseph Ratliff is AllSides.com’s Daily News Specialist. He has a Lean Left bias.