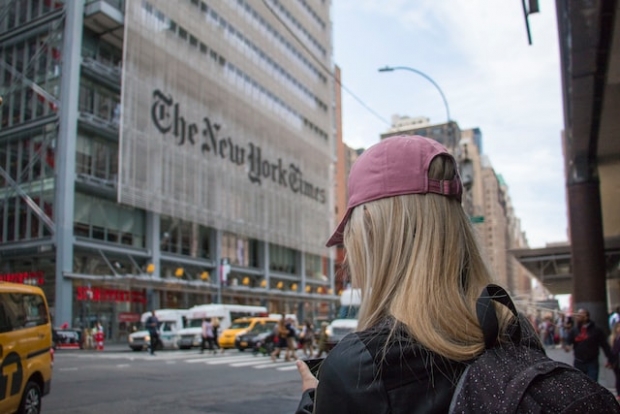 The New York Times Editorial Board (Left) endorsed Kathy Hochul (D) by speaking about her leadership qualities after Andrew Cuomo’s resignation and Zeldin’s history of siding with Donald Trump.

Notably, The New York Daily News Editorial Board (Left) has a policy of not endorsing candidates. The policy reads:

The Daily News, along with other newspapers at our affiliated companies, Tribune Publishing and MediaNews Group, will step back from making presidential, Senate and gubernatorial endorsements. At this stage of our nation’s history, choosing sides in these high-profile races may be counterproductive to the goal of facilitating healthy public debate and building trust in our journalistic enterprise. We will continue to cover these races, but we recognize that picking a candidate in this environment may alienate more readers than it persuades.

The Philadelphia Inquirer Editorial Board (Lean Left) has endorsed John Fetterman (D) for senate. The board said there is no reason Fetterman is unfit to serve after his stroke and pointed to his stances on issues “Pennsylvanians care about, including protecting abortion rights and restoring the enhanced child tax credit, which reduced hunger and poverty in our state and across the nation.” The board was skeptical of Oz’s ability to stand up to Republicans within his party.

The Miami Herald Editorial Board (Lean Left) endorsed Charlie Crist (D) for governor of Florida over incumbent Ron DeSantis (R), and Val Demings (D) for U.S. Senate over incumbent Marco Rubio (R) (note: the endorsements are behind a paywall).

The Columbus Dispatch Editorial Board (Center) has endorsed Nan Whaley (D) for governor saying that Ohio’s current Republican governor Mike DeWine (R) “has not set Ohio's tone or tamped down voices in his party who want to drive Ohio to the extreme when it comes to gun laws, gerrymandering and proposed legislation that would only deepen homophobia, racism, sexism, and transphobia (i.e. proposals that would outlaw classroom lessons about slavery and the evils of the Nazi party and on legislation that would require genital inspections for student athletes).” The Columbus Dispatch Board says that Whaley would balance out the Republican-dominated state house and senate.

The Columbus Dispatch Editorial Board (Center) has also endorsed Tim Ryan (D) for Senate over his opponent J.D. Vance (R). The endorsement focuses on the need for jobs and economic improvements and critiques Vance's focus on culture war issues, saying “Ohio deserves a statesman in US Senate not an opportunist.”

In the Nevada Senate race, the Las Vegas Review-Journal Editorial Board (Center) endorsed  Laxalt (R), saying “He was, unfortunately, swept up in the Trump-stolen-election nonsense, but now acknowledges that Joe Biden is the president, ‘no question.’... Mr. Laxalt would bring a fiscally prudent outlook to the Senate, push back against green extremism and be an advocate for trimming the regulatory state.” The Review-Journal Board expresses concern that his opponent, incumbent Sen. Catherine Cortez Masto, would not oppose anything on Biden’s agenda.

The Las Vegas Sun Editorial Board (Lean Left) has endorsed Democratic candidates across the board, criticizing Republicans for election denial and hatred toward minorities.

The Dallas Morning News Editorial Board (Center) endorsed Greg Abbott for Governor, arguing that Texas has prospered economically under his tenure.

In Massachusetts, the Boston Herald (Lean Right) put into place a "new endorsement policy" focusing more on hyperlocal elections similar to the policy adopted by the New York Daily News. The Boston Herald Editorial Board is not taking sides in the MA governor race.

The Boston Globe Editorial Board (Left) endorsed Maura Healey (D) for governor due to her climate policy and LGBTQ+ advocacy. The board said, “In a state dominated by Democrats, [Geoff] Diehl, though popular among his party’s base, has alienated the moderate wing tied to Governor Charlie Baker and been written off even by some conservatives. It doesn’t seem a fair fight, and we have no interest in trying to level the playing field: The Globe heartily endorses Healey to become the state’s next governor.”