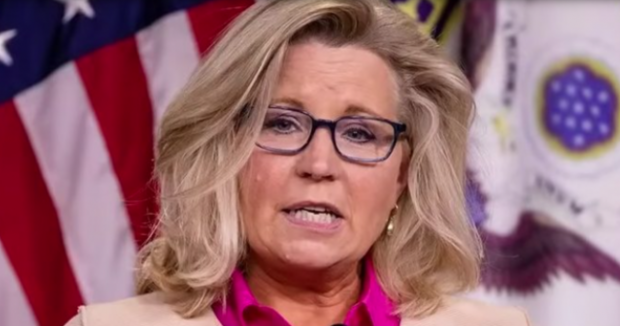 After a weekend when we celebrated our nation’s independence, and as we also mark the six-month anniversary of what history will record as an especially horrific assault on our democracy, the establishment of a select congressional committee last week to examine the January 6 Capitol riots is important for two reasons.

First, the investigation will be the best opportunity to learn about the causes of the violence and how to protect against similar insurrections in the future. But the decision of Republican Representative Liz Cheney to join the committee lays the groundwork for a seminal battle between the two wings of the GOP that could establish the party’s fundamental identity for years to come.

Even before Donald Trump left office earlier this year, the battle lines for the soul of the Republican Party had begun to harden. Trump’s strongest supporters continue to stay fiercely loyal to him, while the more traditional conservatives who largely went into hiding over the past four years had begun to carefully re-emerge and let it be known that the former president’s conduct and agenda are unacceptable to them. Cheney, who had been the third highest ranking member of the GOP House leadership, emerged as one of Trump’s most vocal critics and ultimately became one of ten House Republicans to vote for his impeachment. Although she survived the first attempt of Trump supporters to remove her from her leadership role earlier this year, by May she had been voted out of that position and has since become even louder in her denunciations of the former president.

So when House Speaker Nancy Pelosi announced last week that she would be forming a select committee to scrutinize the events of January 6, it was not surprising that she would name Cheney as one of the members of that committee. Pelosi appointed the majority of committee members from her own Democratic Party and set aside several other spots to be filled by Republican leader Kevin McCarthy, but she also seemed to take special pleasure in placing a GOP renegade like Cheney in such a high-profile position.

Pelosi knows that Cheney’s likely criticism of Trump’s role in encouraging the rioters will provide a bipartisan veneer for the committee’s findings. But Cheney will benefit as well, because her profile will grow even more over the course of this investigation. There is no shortage of Republican voices who will be looking to chart a course for the party’s future away from Trump, but none will have the visibility of Cheney in her new role. There is already speculation that she might seek the presidency in 2024, but whether or not she chooses to run, she will now be in a particularly impactful position to define the message and agenda for the party’s post-Trump faction.

But Cheney’s opportunity is also accompanied by some potential peril. Trump has been backing challengers to all of the Republican House members who voted for impeachment and Cheney’s defeat at the hands of one of his loyalists would be especially gratifying to him. So Cheney will have to decide whether to calibrate her comments about Trump in hopes of lessening the motivation of his supporters against her, or whether to continue her high volume and high vitriol approach to maximize her presence as the leader of the anti-Trumpers.

The stakes are high, not just for Cheney herself but for the fight for control of the party. If Cheney survives her re-election campaign, it will give tremendous confidence to other Republican candidates who want their party to move away from Trump. But if she is defeated, it will discourage those dissidents from risking similar confrontations with Trump and his followers.

It’s difficult to see next year’s midterm elections settling the Republicans’ internal divisions one way or the other. This fight will not be decided until the party picks its next presidential nominee three years from now. But the Cheney vs. Trump preliminary bout could provide an early insight into whether the GOP is ready to move beyond their former president, or head into the 2024 election once again with him as their leader.