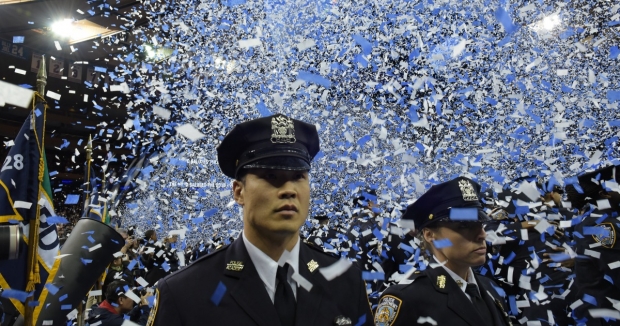 After the deaths of George Floyd and Breonna Taylor last spring, and the summer of protests and highly-charged conversations over race relations in America that followed, it looked for a time like these issues could determine the outcome of the presidential election. Almost immediately, top congressional leaders of both parties promised legislative action on these issues. By the beginning of this year, a group of high-level negotiators, led by Senators Cory Booker (D-NJ) and Tim Scott (R-SC) and Representative Karen Bass (D-CA) began working toward common ground amid very optimistic language and extremely high hopes.

Over the months, Booker and Scott devoted themselves to finding common ground that would overhaul law enforcement tactics and accountability and improve both public safety and the relationship between police officers and the communities they serve. They achieved compromises on a wide range of topics, including police recruitment and training, the availability of military equipment to local departments, federal standards for apprehension tactics and forced entry, and increased transparency of police conduct and charges of alleged transgressions.

That’s a great deal of progress, and would have reflected major steps forward on the vast majority of policy challenges in this area. But the biggest obstacle from the beginning was on the question of qualified immunity, whether police officers would be legally liable for the use of excessive force against suspects and other potential constitutional violations.

Scott proposed a compromise that would have exposed police departments to lawsuits rather than individual officers. His reasoning was that the possibility of legal exposure would incentivize police departments to change their culture and make it more clear to their officers what types of behavior would not be acceptable. He also pointed out that individual officers are unlikely to have access to significant financial resources and that a suspect whose rights had been violated would be more likely to receive a substantial award from a government-funded department rather than a lone officer.

Booker and Bass sounded receptive to the compromise, and began to work with Scott to settle the details. But as the months passed, urgency for an agreement began to fade on both sides. As Floyd’s and Taylor’s deaths shifted from headlines into history, the more intractable forces within both political parties began to reassert their objections to any agreement that would not give them everything they wanted. The loss of momentum turned fatal, and after several months of asserting that the possibility of a bill still existed, this week Scott and Booker finally admitted defeat.

After months of mostly collegial behavior, the two men’s public statements about the bill’s demise were uncharacteristically acrimonious and sounded suspiciously like they had been drafted with influence from their respective parties’ ideological extremes. There are plenty of conservative Republicans and liberal Democrats who would rather run on this issue next year to motivate their parties’ bases than actually solve the issue, and it was clear that their fierce opposition from both the left and the right had prevailed.

One curious aspect of the death of police reform legislation is how many areas of agreement were left on the table. Agreement between the two sides on chokeholds and forced entry regulations, on training and transparency requirements, and on many other aspects of criminal justice reform could have easily been the core of a slimmed-down bill that did not address the qualified immunity question. But on a congressional landscape littered with polarization and partisanship on so many other issues, even areas of bipartisan agreement became casualties of the anger and finger-pointing.

It’s one thing for legislation to collapse when the differences between the two parties is too vast to overcome. But the most disappointing thing about the police reform negotiations is how close they were to success. A small number of members of Congress might still want to work across party lines. But this week’s surrender reminds us what a lonely sentiment that is in a bitter and divided Washington.