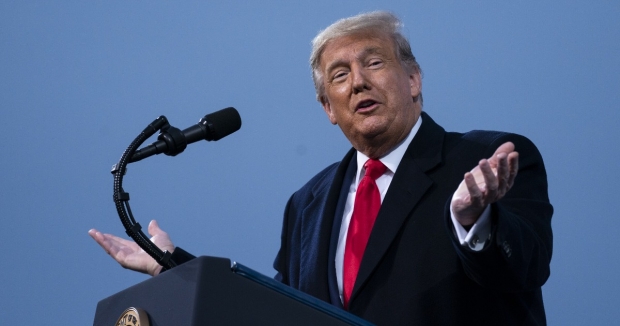 Let’s assume that Elon Musk does complete his purchase of Twitter, and that he then fulfills his promise to eliminate or loosen some of the restrictions that currently exist to posting on that platform. Then it is a very, very safe bet that Donald Trump will return to Twitter and that his tweets will once again drive this country’s political discussion.

Trump currently says that he will not go back and will instead remain on his own social media network known as “Truth Social”. But even his own advisors have been whispering to reporters that they don’t believe their boss’s promises, knowing that he will be drawn like a moth to the flame of a much larger and more influential audience that can once again be reached by his tweets.

The partisan debate has developed along fairly predictable lines. Most of the loudest criticism of Musk’s potential acquisition come from the political left – Elizabeth Warren, Alexandria Ocasio-Cortez and Robert Reich have all warned about the potential consequences of Musk weakening oversight of potentially dangerous speech. By contrast, any of Trump’s loyalists have rejoiced at the prospect of what they see as enhanced free speech protections.

But Trump’s potential decision to rejoin the fray could cut in the opposite direction. It’s only been sixteen months since his conduct during and after the Capitol riots of last January 6 led to his suspension from Twitter, so it’s easy to forget exactly how much his tweets shaped the daily news cycle – in Washington and for the nation – over the course of the previous several years. While Trump’s dominance of the political conversation certainly contributed to his election in 2016, many Republicans believed that his outsized online presence complicated matters for GOP candidates in 2018 and 2020 by forcing them to choose between loyalty to a president who commanded fervent support from the party’s conservative base and taking positions unacceptable to the swing voters who tend to decide close elections.

Senate Republican leader Mitch McConnell, in particular, has concluded that Trump’s involvement in the runoff elections in Georgia last year cost the GOP both Senate seats and the majority in that body. McConnell has tried to create a safe distance between many of this year’s Republican candidates and Trump’s most confrontational statements. He clearly will not relish a daily challenge to his candidates when they are asked about Trump’s most recent online missive.

Both the history of midterm elections and Joe Biden’s low poll numbers conspire against the likelihood of Democrats maintaining their congressional majorities this November. Ongoing challenges regarding inflation, immigration and public safety make the Democratic challenge even greater, and while voters are becoming more supportive of the way Biden has handled the war in Ukraine, the likelihood of ongoing hostilities create an immense distraction and make it much harder for the president and their allies to have their message heard by voters considering their midterm options.

I have written previously that the political life preserver that could save the Democrats this fall might be a decision by the U.S. Supreme Court to overturn the Roe v Wade decision, thereby mobilizing pro-choice voters to turn out in larger numbers than is normally the case in non-presidential years. While the nation is closely divided on whether they personally believe abortion should be legal, large majorities oppose the reversal of Roe v Wade. Biden has struggled to motivate his party’s progressive base, and a Court decision along these lines could energize left-leaning voters in a way that the president himself has not been able to accomplish.

But an unleashed Trump, freed to reassume his forceful but divisive role in the national political debate, could provide an inadvertent rescue to his Democratic foes as well. Republican Senate and House candidates will frequently find themselves vexed by the option of either pacifying Trump’s supporters or alienating voters in the political center. Trump’s reemergence will almost certainly serve as an additional motivating force for true believers in both parties, but Republicans are already highly energized. Young people, voters from minority communities and other segments of the electorate that turned out for Biden less out of affection for him and more of distaste for his opponent, will receive regular reminders of why they did not care for Trump.

The chances for Democrats to save their majorities are still exceedingly slim. But Elon Musk’s wallet and Donald Trump’s hunger for attention could work to their benefit in the months ahead.