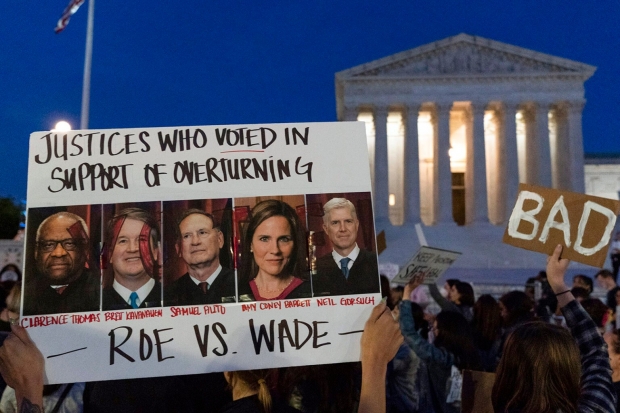 One would think that the Supreme Court’s decision to overturn Roe v. Wade would set off a four-alarm emergency among pro-choice advocates, who would pull out all the stops to maintain national protections for abortion rights. So why are Democratic Party leaders content with ringing only two alarms and pulling out only some of the stops?

Shortly after the Court acted, President Biden announced that he would work to safeguard the ability of women in states that outlawed or restricted abortion to maintain access to medication abortion and to travel across state lines for abortion services. His advisors have been cautious about alternatives that involve providing abortions on federal property in pro-life states, citing potential legal exposure to both women and doctors. There are other measures being debated on both ends of Pennsylvania Avenue, including protections for online data that could make women vulnerable to prosecution.

But the most impactful possible solution — passing legislation through Congress — has been almost completely ignored. Biden has repeatedly stressed the importance of electing more Democrats to Congress this November in order to enact abortion rights legislation, but both the White House and Congress have been extremely quiet about attempting to pass a bill at some point over the next four months. Given their stated urgency of maintaining protections for legal abortion in the roughly two dozen states where those rights are under threat, it seems odd that no such effort would be made until after the fall election.

The biggest obstacle to legislative codification of Roe vs Wade is still the filibuster. Neither Sens. Joe Manchin (D-WV) or Kyrsten Sinema (D-AZ), both longtime proponents of the filibuster, were moved by Biden’s call for its suspension last week, and the prospect of attracting sixty votes for a compromise measure seems remote. But this Senate just passed its first gun reform legislation in 30 years, and while the ultimate product was far from the Democrats’ ambitions, it was supported by no fewer than sixteen Republican Senators, creating a several-vote safety margin that allowed the bill to comfortably exceed the 60-vote threshold.

The gun legislation’s passage demonstrated that even a bitterly divided Congress can come to a middle-ground agreement under the right circumstances. But Democrats have displayed no such interest on abortion-related policy. Before the last pro-choice bill was defeated in early May, Senate Majority Leader Chuck Schumer (D-NY) completely ignored efforts from Senators of both parties to pass less sweeping legislation that would have codified Roe as it then stood.

Schumer and the rest of his party’s leadership wanted a bill that would outlaw all limitations on abortions before viability and eliminate all current state-level restrictions, a more expansive version of the law than existed at that point. Pro-choice Republicans Susan Collins (R-ME) and Lisa Murkowski (R-AL) both pushed for a version that reflected existing law on matters such as the so-called “conscience protections” for anti-abortion health care providers, as did Manchin. Pro-choice Democrat Tim Kaine (D-VA) worked with Collins and Murkowski on such a compromise. Schumer said that he never even read their proposal.

Are there eight additional Republicans who might vote for some partial level of abortion protections, less than Roe but more than nothing? The honest answer is that no one knows because no one has tried. Marco Rubio (R-FL) has been working to attract support for legislation that would provide more support for mothers. Retiring GOP members or those who are not up for re-election this year signed on to the gun compromise. While it’s unlikely that they will support a legislative version of Roe (as they might have before the Court’s decision), a bill that provides some protection for pregnant women could attract a similarly limited bipartisan coalition.

The odds are against success. But even a historic (and wildly improbable) Democratic landslide in the 2022 midterm elections would not provide enough new votes to break a filibuster in the next Congress. Which means that a concession-less legislative solution is at least two elections away. It seems like an attempt to pass what pro-choice advocates would consider a less-than-perfect bill would be worth at least some effort.