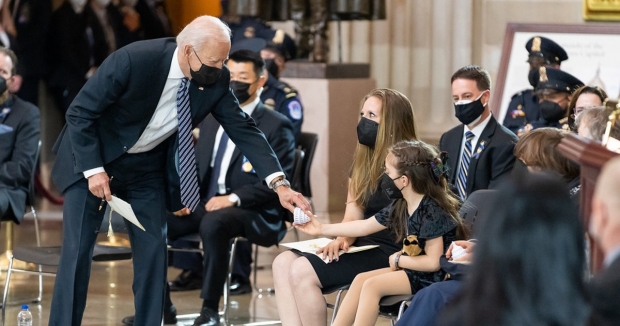 The “Defund The Police Movement” died last week after a lingering illness. It was less than two years old.

In the summer of 2020, the public revulsion to the tragic deaths of George Floyd and Breonna Taylor led to a highly-charged political debate about policing in America. On the far-left fringe of that debate, a number of activists for “defunding” police departments and repurposing that money toward a variety of preventive and community-based remediation efforts. While only a small number of public officials ever advocated for completely removing funding from police departments, many cities around the country moved to reduce the money they’d budgeted for law enforcement agencies and planned to shift portions of those budgets into programs that were seen as more supportive and less confrontational toward potential criminals.

The backlash was swift. Republican candidates from Donald Trump on down began to attack their Democratic opponents for being “soft on crime”. While Joe Biden did renounce his support for the seminal anti-crime legislation that he had sponsored in the 1990s, he did speak out aggressively against the “defund” movement. As a result, he escaped the fate of many Democratic congressional candidates, whose campaigns suffered greatly in the face of this criticism.

Since taking office, Biden has walked a careful line on criminal justice issues. He has continued to keep his distance from the most determined progressive reformers in his party, he did support the unsuccessful bipartisan congressional efforts on police reform and his administration has reportedly been working on executive orders in this policy area too. But as voter concern over violent crime in the country has risen, and as public safety has emerged as a serious Democratic vulnerability in public opinion polling, the president and his advisors decided they needed to address the issue more forcefully.

So last week Biden went to New York City, where he spent almost an entire day with Mayor Eric Adams participating in a series of public events designed to display a tough-on-crime message. Earlier in the day, the president had already issued an order directing all U.S. attorney’s offices to increase resources spent on violent crime and a heightened effort to crack down on unregistered “ghost guns”.

Once he arrived in New York, Biden spoke at Police Department headquarters to an audience of NYPD officers, where he said: “The answer is not to defund the police,” leaving no room for misinterpretation or nuance. “It’s to give you the tools, the training, the funding to be partners, to be protectors.”

Just in case, the president’s message was not clear, South Bronx Congressman Ritchie Torres was even more emphatic.

“The defund police movement is dead in New York City and good riddance,” Torres told MSNBC. “And any elected official who’s advocating for the abolition and or even the defunding of police is out of touch with reality and should not be taken seriously.”

Biden also participated in an anti-crime summit and visited a local school. Through the rest of the day, he talked about plans for combatting gun violence and expanding community policing programs. The message was unmistakable, that not only was defunding the police out of the question but that dramatically increased financial support for law enforcement was on the way.

The president’s language reflected a similarly combative tone that local politicians have been adopting over the country, not just in New York, but Chicago, San Francisco and many other progressive urban outposts. But spending money on gun violence and putting more officers on the street is actually the easy part. The more complex challenges, including questions relating to legal liability for police accused of violence and the use-of-force restrictions that would narrow the circumstances under which law enforcement officers are permitted to use their weapons, are much more difficult from both a policy and a political standpoint. And they divide Democratic constituencies in ways that are much more difficult to reconcile.

Biden’s greatest challenge in this election year will be motivating a restless Democratic base without driving away swing voters. This is a tricky political path to walk on many issues, but none might be as precarious as this debate over violent crime. Public safety has receded as a top-priority issue for voters over the last couple of decades – and it still ranks fairly low in most polls. But Biden himself remembers what happens when Americans do become fearful of crime in their communities, and he’ll need to find a way to reassure them that his party can keep them safe.