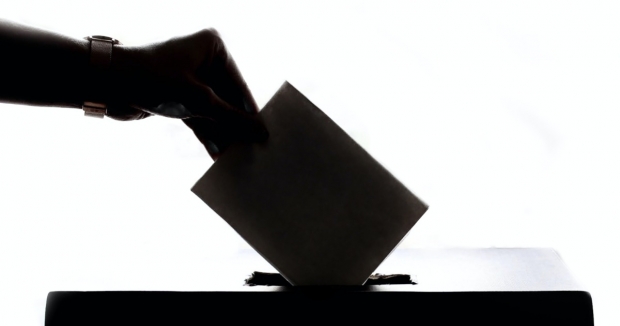 The amounts of analysis that has been written, spoken and posted since Election Day could fill the Grand Canyon several times over. But the most important piece of data from this month’s election has received almost no attention whatsoever.

Among the roughly three-quarters of voters who cast their ballots based on the presidential candidate’s positions on the issues, Donald Trump won.

Be assured that this is not a screed about stolen ballots or voter fraud. Joe Biden was fairly elected president this month, and all the complaining in the world can’t, shouldn’t — and won’t — change that. But the respected Edison Research company exit poll, which surveyed an immense sample of more than 15,000 voters after casting their ballots, found that by a margin of 53-47%, those who made their decision because of the two men’s position on matters of public policy (74% of the electorate) went for Trump.

Fortunately for Biden, the 23% of voters who prioritized the candidates’ personal qualities preferred him by an overwhelming (64-31%) margin over Trump. But these results raise important questions about how the newly elected president will govern when the majority of Americans disagree with him on the issues.

While this is an exceedingly narrow margin, it still speaks to the challenges of leading a country that is so closely divided. Whether that slender difference will lead to bipartisan cooperation or hopeless gridlock is impossible to predict. But Biden and his advisers will start at an unusual disadvantage, knowing that the majority of the nation’s voters would prefer Trump’s policy agenda.

Just as challenging for Biden is how deeply divided voters are on the substance of the issues on which he and Trump disagreed. Those who said the COVID-19 coronavirus pandemic and race relations were the most important issues to them voted for Biden in historically lopsided numbers. Those who pointed to the economy and crime as the two most important issues sided with Trump by margins almost as large. So there doesn’t seem to be a lot of common ground on which to operate.

This leaves Biden with two options. He can try to persuade a percentage of Trump voters that they should rearrange their priorities to focus on the pandemic and race relations at the expense of the issues that brought them to the polls; or he can convince them that his goals on economic growth and public safety matters are closer to their own than they currently believe.

Neither is an easy task. But Biden is helped by the fact that the four issues that motivate the electorate are inextricably interwoven. In other words, pandemic relief and economic growth are opposite sides of the same coin. Similarly, race relations and criminal justice are two different perspectives on how to best address a deep societal problem. Which means that the country does agree on what should be our two most important challenges. But they see the solutions from opposite ends of a great divide.

Both parties are confronting difficult questions about how to proceed on such a polarized landscape. These poll results could both complicate their paths forward and clarify their thinking on how to navigate those paths. The numbers should show Democrats that their outreach to disaffected voters will be cured not just through improved marketing but substantive considerations as well. For their part, Republicans must now consider whether a candidate less contentious than Trump can win back voters who opposed him on personal grounds — without also disillusioning his most loyal supporters.

And for those of us who believe that common ground is the best place from which to confront large-scale challenges, Edison’s polling provides both some clarity and challenges. We know the conversations that need to take place. We must find a less confrontational and combative manner to talk about the necessary balance between protecting public health without undermining economic growth. And we need to find a respectful and reassuring way of discussing how to safeguard public safety while respecting the rights and dignity of all members of that public.

The answers will be difficult to identify. But defining the parameters of the conversation is the right way to get started.

This piece was reviewed by AllSides.com Managing Editor Henry A. Brechter (Center bias).

Want to talk about this topic more? Join Dan for his weekly webinar “Politics In The Time of Coronavirus” on Thursday mornings at 11 AM PST. You can register for it here. https://www.lawac.org/EventDetail/eventid/30806. Or read more of Dan’s writing at: www.danschnurpolitics.com.