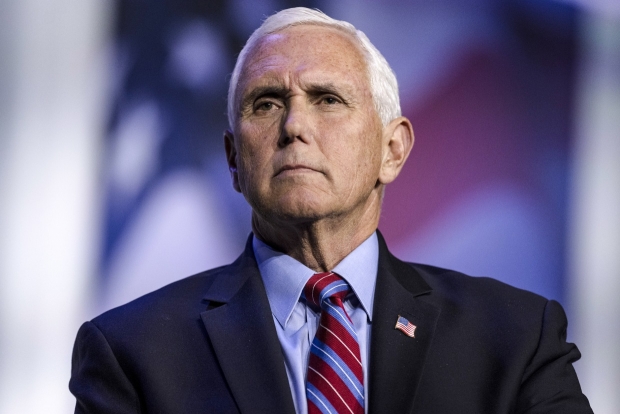 Welcome to the 2024 presidential campaign. We’re actually a little late, given that Donald Trump officially announced his candidacy a couple of weeks ago and ten other Republican contenders have already gathered for the first group assemblage of the cycle. President Biden has also indicated that he will seek another term, and his advisors are already planning for a formal rollout this spring.

The most notable aspect of Trump’s announcement is how non-notable it was. The event itself was decidedly low-key: the candidate himself was extremely subdued, and the list of recognizable supporters was conspicuously small. (Recently defeated House member Madison Cawthorn was the only elected official in attendance: Ivanka Trump released a public statement explaining why she would not be involved in her father’s campaign in any way this time around.)

But the reaction from other potential Republican candidates was even more telling. Or more accurately, it was their utter lack of reaction that spoke volumes. When a group of GOP hopefuls gathered for the annual Republican Jewish Coalition (RJC) meeting in Las Vegas a few days later, it was clear that the former president no longer inspired anywhere near the same level of fear that he has provoked in other party leaders for several years. The difficulties that Trump-supported candidates had faced in the midterm elections, combined with the continuing investigations into the events of January 6 and the confidential documents that Trump had taken to Mar-a-Lago after leaving office last year, had robbed the former president of much of his mystique.

Make no mistake: Trump is still the most powerful political force in Republican politics, and there’s still no way to know how his most loyal supporters will react when they see that he no longer receives the respect that they feel he still deserves. But his likely competitors were clearly no longer intimidated by him, and whether they criticized him publicly or ignored him altogether demonstrated the diminished stature with which Trump begins this next campaign.

Trump was the only speaker not to join in person, and his speech to the group by satellite was shoehorned into a crowded Saturday morning program in which several other potential candidates were quickly shuffled on and off the stage. By contrast, his former vice president Mike Pence keynoted the Friday night program while likely nemesis Gov. Ron DeSantis and former United Nations ambassador Nikki Haley received top billing on Saturday night.

The scheduling decision was based on Trump’s satellite participation and his last-minute decision to speak. But it also signified an important shift in the party’s thinking toward Trump after a midterm election in which many Republicans saw his involvement as a major reason for the GOP’s worse-than-expected showing.

Some speakers were vocal – and even harsh – in their disparagement, most notably New Hampshire Gov. Chris Sununu and former New Jersey Gov. Chris Christie of New Jersey, and Trump’s own former Secretary of State, Mike Pompeo. But most ignored him altogether. DeSantis did not respond to any of Trump’s recent insults, acting very much the part of the frontrunner. Others talked in vague terms about the future versus the past. Haley’s positioning was especially noticeable: while she had previously stated publicly that she would not run if Trump were a candidate, the former U.N. ambassador did not let his announcement get in the way of several broad hints that she was now likely to enter the race.

DeSantis received by far the most enthusiastic response from the attendees (South Carolina Sen. Tim Scott, the GOP’s only Black member of that body, also made a noticeable impact, as did Pence and Haley.) Trump, by contrast, wasn't able to feed off the audience’s energy since he wasn't physically present, and gave a subdued address very similar to his official announcement earlier in the week.

From his denunciation of John McCain back in 2015 and the Access Hollywood controversy in the weeks before his election, to the January 6 riots and the FBI’s Mar-a-Lago investigation, I've written off Trump far too many times over the years to do so again. But it's instructive that so many prominent members of his party, who have either held their tongues or made excuses for Trump in the past in order to avoid his wrath, are now so willing to speak out against him in increasingly vituperative terms. This doesn’t guarantee Trump’s defeat, but it does suggest that the RJC meeting last weekend may have been the opening skirmish of a long intra-party war.