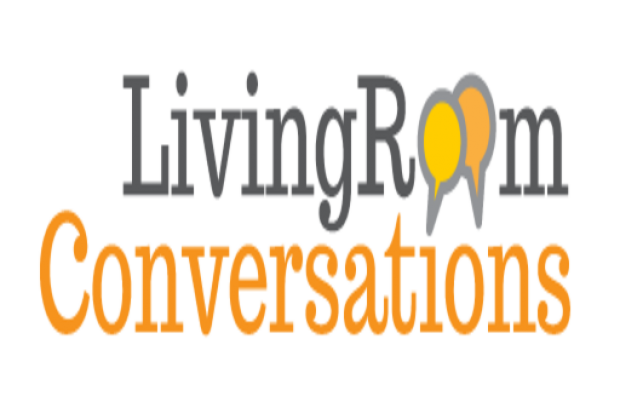 Living Room Conversations was recently represented at a major transpartisan conference—Unrig the System Summit—by our Chief Technical Officer Martin Wallace (who’s also one of the brains behind our beautiful new website). In this post, Martin shares some of his experiences at Unrig, specifically as they relate to the mission and work of Living Room Conversations.

Martin, before you went, why did you feel it was important that LRC be represented at Unrig?

One of the big motivations for my representing Living Room Conversations at Unrig was my view that creating false differences and divides is part of the way our system is rigged. We're told the other side is the enemy. Bringing Living Room Conversations to Unrig was bringing and showing that we have a grassroots vehicle for reconnecting people and dispelling the illusion that “we are all so different we should be enemies.”

The Unrig conference was designed to address several recent factors that have reduced the political agency of individuals in our society, on both sides. Thus, at Unrig, we looked at the effect of Citizens United, and money and politics, and gerrymandering. There were people from both the Left and the Right saying we have to restore integrity to the system, we have to  get rid of these factors.

Living Room Conversations provides very valuable grassroots support to these types of efforts/ because they can be complicated. Being able to engage for an hour or hour and a half in a Living Room Conversation helps people really engage, during this critical time in our history, in thinking about the way the government is working.

One reason that it’s so important is that many people are waking up right now to the fact that our government is not representing us as well as it should. There are grassroots segments of both the Left and the Right that carry more partisan agendas, but there's not really another grassroots force [than Living Room Conversations] that helps people be willing to question their views and efforts. In this way, Living Room Conversations complements what’s going on at Unrig.

Now that you've come home, what did you take away from the experience--the full, whole experience, and I know it was a very rich one--that may be meaningful to LRC?

There was a lot of energy and passion at Unrig about fixing our government, fixing it in a way that respects the views of people on both sides. The whole summit was about that; it was not a partisan summit. There’s a general sense among most Americans that something’s wrong, and not working. How we interpret that is different: on the far Right, it may be interpreted as rallying around Trump, and on the far Left, the opposite. But it does seem like there are a lot of people who get that something's not working and we've got to make some changes.

Then there are various movements at the center of people thinking about where they fit. If they thinking something’s wrong, do they fit best in a movement on the Left or on the Right? Or somewhere else? Living Room Conversations helps people understand their own views better, rather than just accepting their own personal status quo.

What was one of your favorite experiences, or memories from Unrig? Tell us a story!

One of the most inspiring things was something shared by Republican Representative Mike Gallagher from Wisconsin, who  spoke at end of the Summit right before Democrat Tulsi  Gabbard from Hawaii. They both referenced the fact that they became friends by working out together at the Congressional gym. They said there are about 20 of them who have become friends, and socialize, and enjoy each others company--across party lines.

I met with Representative Gallagher at Unrig—the Summit was designed to facilitate this kind of informal getting to know one another. And I talked with him about how important it is that the American people see our leaders modeling this kind of getting along and respecting each other as human beings. I shared that Living Room Conversations is a bottom-up effort to encourage that type of civic behavior. So I would say it was especially inspiring, given how divided things are, to hear that this is happening among our members of congress—especially among new representatives—that they are getting to know each other and that this is helping to better work together and understand each other. (I also exchanged business cards with Gallagher to see if he and his colleagues might be interested in doing a Living Room Conversation.)