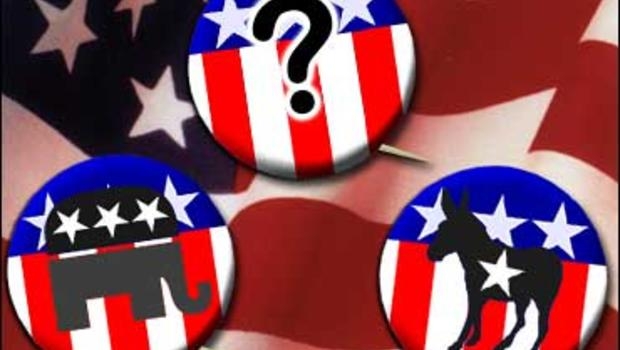 What happens when our political party veers from our beliefs? Unfortunately, the way our political system operates, we’re left with few options, which is a problem for both Democrats and Republicans.

John Boehner was elected Majority Leader in 2006. The Washington Post opines that if you’d predicted “Boehner would resign his seat in less than 10 years for being insufficiently conservative, you probably would have been laughed at.” After all, the Tea Party movement was instrumental to his rise to power.

However, the Republican party has shifted significantly to the right in the years since Boehner was elected, according to ideology indexes such as dw-nominate. Boehner’s collaborative brand of politics no longer satisfied the growing far-right movement within the Republican Party. Negotiation with Democrats, a forte of Boehner, was considered unacceptable by the conservative bloc. Boehner felt compelled to cede his seat for the good of the GOP.

So what does this mean for the registered Republican whose ideology is more centrist? As the Republican Party moves further to the right, those who identify as Republican have two choices, move along with the party, or abandon ship for the Democrats. For some, a choice of a rock or a hard place.

When it comes to running for president, Republican hopefuls know they must be attractive to the far right to have a chance at the GOP nomination. The result is that the more moderate candidates are tossed from the ring. This lack of choice hurts our political process. Centristscandidates who might have found wide appeal with moderate voters of both parties are shut out of the process.

And though it’s still early in the campaign process, the same case can be made on the Democratic side. As lingering issues continue to plague Hillary Clinton, Democrats most viable presidential choice may be Bernie Sanders, a self-described “Democratic Socialist.” Not necessarily what moderate Democrats are looking for.

According to a composite of polls released by Gallup in 2014, 42% of Americans identify themselves as political independents. Just 25% consider themselves Republicans, 31% Democrats. In other words, independents outnumber both Republicans and Democrats by a wide margin.

So as the Republican Party edges towards the Tea Party and the Democrats move towards socialism, why don’t some politicians simply branch out and form new parties?

The truth is the two major political parties have crafted a system that makes it virtually impossible for third party candidates to get a foothold in the process.

1. Most Americans have no idea that presidential debates are run by a private organization owned jointly by the Democrats and Republicans.

Despite its official, non-partisan-sounding name, the Commission on Presidential Debates is operated by the two major parties for the purpose of maintaining exclusive control over the debate process.

Prior to the CPD, presidential debates were sponsored and moderated by the League of Women Voters. But the League threw in the towel in 1987 after Democrats and Republicans secretly agreed to jointly decide which candidates could participate in the debates and which individuals could ask questions. The League withdrew support, stating "the demands of the two campaign organizations would perpetrate a fraud on the American voter."

Republican Frank Fahrenkopf, Jr., who has remained at the CPD’s helm since its inception, was quoted in 1987 as saying “the commission was not likely to include third-party candidates in debates.” This was reiterated by Democratic co-chair Paul G. Kirk, who said he believed third parties should be excluded from debates.

In 1992 Independent candidate Ross Perot, who was leading in polls over both Republican Bush and Democrat Clinton, was granted inclusion in the debates. But in 1996, the CPD declined to allow Perot to participate, citing that he was “not likely to win,” according to a NY TImes article written that year. In 2000, the CPD made inclusion requirements more rigorous.

Our America Initiative, an organization that fights for the participation of independent parties in debates, says that this is not only “unfair, but illegal. Any candidate who is qualified to be president under the Constitution and has qualified for enough state ballots to receive at least 50% of Electoral College votes should be included. Those requirements alone would insure that participation will be limited to only the most serious candidates.”

Currently, organizations like OAI and Level the Playing Field are working to challenge the CPD monopoly on presidential debates.

Party insiders have an inordinate amount of influence on primary debates as well. Lawrence Lessing, a non-politician attempting a run at the presidency, chronicled in Politico how the Democratic Party has refused him a fair chance at getting the in the polls, and thus a chance at the podium during primary debates. Even for those who make it as far as debates, candidates are not treated equally. Debate monitors often divvy up speaking time wildly unequally among candidates. The public can’t adequately judge candidates who don’t have sufficient time to speak, or aren’t given a fair opportunity to appear at all.

Smaller parties typically can’t meet the onerous and expensive criteria required to get on the ballot, such as steep registration fees and petition signature requirements which aren’t necessary for Democrats or Republicans. When it comes to running for national office, parties must wade through 50 different sets of rules. "Each state has its own mountain of minutiae" for getting on the presidential ballot, says Jill Stein, former Green Party presidential nominee.

A Gallup poll shows that 58% of U.S. adults believe a third U.S. political party is needed because the Republican and Democratic parties do a “poor job” representing the American people.

“Imagine how much broader the dialogue would be with the inclusion of third parties,” says Professor Frank Page of Our America Initiative.

When it’s insiders, rather than the public, who decide who’s running for office, we no longer have democracy. Our choices become unjustly restricted, giving politicians with diverse points of view no opportunity to be heard, either from within or without the major political parties. The result is representatives who are no longer representing the people. Instead they’re representing two political machines.

Beth Ballentine is a freelance political writer and "equal opportunity political critic." When not writing political commentary, she teaches middle school drama and has authored many plays for children and young adults. You may read her Free to Think series here: http://freetothinkblog.com/ or on on Facebook.