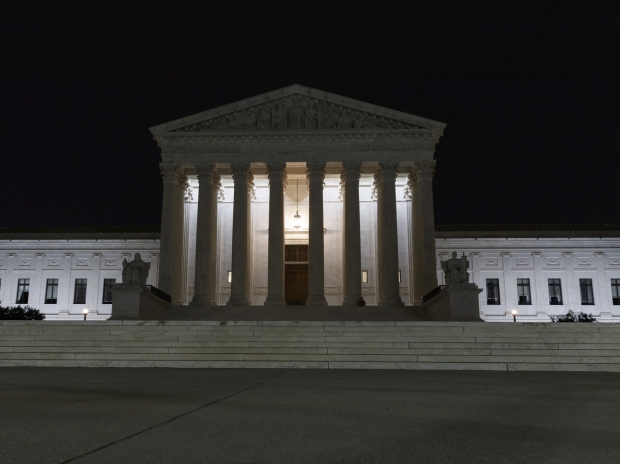 Deferred Action for Childhood Arrivals (DACA) came before the Supreme Court Tuesday, as justices held oral arguments over whether or not to terminate former president Barack Obama's 2012 policy that offered temporary deportation immunity for immigrant children.

Critics of DACA focus on its "temporary" designation and argue that Obama overstepped immigration boundaries in implementing it. Supporters say killing the act would jeopardize the livelihoods of hundreds of thousands of people, the majority of whom have done nothing wrong.

Media Bias Alert: Longtime Canadian hockey personality Don Cherry was fired over comments he made about people (or immigrants, depending on whom you ask) who don't wear poppies to honor veterans on Nov. 11. Media outlets on the left and right showed bias in how they covered the issue.

"President Trump, from the beginning, seemed conflicted about DACA, caught between the mass deportations he promised his political base during the campaign and his admiration for what so many of the DREAMers have accomplished."

"Indeed, government statistics indicate that some 91% of DACA recipients have jobs, allowing them to support their families and generating, over a 10-year period, nearly $60 billion in federal tax revenue that the government stands to lose if the DACA program is abolished."

""The Supreme Court [had] the fate of these four "Dreamers" and about 660,000 others in its hands Tuesday when it [considered] the Trump administration's decision to end the Deferred Action for Childhood Arrivals program, which has provided a reprieve for some undocumented immigrants brought to the United States as children. A ruling on the DACA program is expected next spring in the midst of the 2020 presidential election."

"The Supreme Court's willingness to hear the case signals a potential win for the White House, but how it wins would be crucial. If the justices say Trump has the same discretion to end the program that Obama had in creating it, a future president just as easily could renew it. If they agree with the Justice Department that it's unlawful, Congress would have to step in."

The data on DACA and crime

"Hours before the Supreme Court heard oral arguments over whether the Trump administration could end a deferred deportation program for so-called “Dreamers,” the president tweeted that “some” of those receiving that protection “are very tough, hardened criminals.” But certain criminal activity, such as a felony or significant misdemeanor conviction, is grounds for denial or ejection from the program."

"According to USCIS, 2,130 DACA recipients from fiscal year 2013 through 2017 had their eligibility terminated due to criminal or gang activity, with nearly all of those terminations — 2,030 — due to criminal arrests or convictions not related to gang activity. Through fiscal 2017, there were a total of 798,980 DACA application approvals."

"Certainly the human stakes in these cases — Trump v. NAACP, McAleenan v. Vidal, and Department of Homeland Security v. Regents of the University of California — are enormous. Almost 670,000 immigrants are protected by DACA. Ending the program opens them up to deportation. Families could be ripped apart; communities will be devastated. There really is a significant human toll here."

"As a general rule, the executive branch must provide a reasoned explanation when it seeks to make a policy change that falls within its lawful discretion. The lower courts held the Trump administration’s explanation of why it was ending DACA inadequate because the administration doesn’t explain why it thinks that DACA is bad policy."

Don't count on the Senate to save Dreamers from SCOTUS

"With the Supreme Court’s conservative majority casting serious doubt this week on the future of the Obama-era Deferred Action for Childhood Arrivals program, Congress is facing the very real possibility of having the issue dumped on its doorstep."

"Since passing a comprehensive immigration overhaul in 2013 that was ignored by the House, the Senate has been unable to get 60 votes for a substantial immigration bill. The chamber did pass a spending bill delivering aid to the border this year, but Democrats battled one another so fiercely over the matter that it made the party only more skittish to deal with the Trump administration."

"On Tuesday ... Supreme Court justices appeared to be especially talkative, with the justices repeatedly speaking over parties and one another during oral arguments on whether the Trump administration can end the Deferred Action for Childhood Arrivals (DACA) program."

"Fears that the current Supreme Court, which has a five-justice Conservative majority, could permit the Trump administration to end the DACA program, which has allowed nearly 800,000 people brought to the U.S. by their parents to live and work in the U.S., are running high among immigration advocates after Tuesday's oral arguments."

"Chief Justice John Roberts noted that the high court in 2016 affirmed a decision of the 5th U.S. Circuit Court of Appeals that blocked an Obama-era amnesty program called Deferred Action for Parents of Americans (DAPA). The 5th Circuit’s ruling and the Supreme Court’s subsequent affirmance provide a sufficient rationale for ending DACA, which is largely similar to DAPA, Roberts suggested."

"Though initially established as a stopgap measure, the policy enjoys broad, bipartisan support. The president has repeatedly expressed reluctance to end DACA. Yet a decision from the high court authorizing its termination would give Trump significant leverage in negotiations with Congress over an immigration deal. Trump alluded to such an outcome in a September tweet."

Overturning DACA would be a win for the Constitution

"The executive branch doesn’t exist to be tie-breaker in tough national debates, and it doesn’t exist to craft laws in perpetuity. Even Obama called DACA “a temporary stopgap measure” — even after he had said over and over again that doing it was illegal. As a matter of politics, a DACA rollback might well be a problem for Republicans because somewhere around 70 percent of the American public supports it. I certainly support any comprehensive reform effort that also deals with illegal immigrants who were brought here as children. In the matter of reasserting the proper limits of power, however, an administration win on DACA is a win for the Constitution. Because in this instance, for his own reasons, Trump is on the side of restraint."

Why DACA is legal

"Quite simply, DACA is within the scope of presidential authority because it does not change the law, and does not legalize anything that would otherwise be illegal, without specific authorization from Congress."

"The Trump administration and other DACA critics claim that the policy goes beyond enforcement discretion, because it offers "affirmative benefits" to recipients, such as the right to work legally in the United States, and accrue "lawful presence" time in the US. But the policy of giving DACA recipients work permits actually does have congressional authorization, based on a 1986 law that specifically permits employment of aliens who are "authorized … to be employed … by the attorney general.""