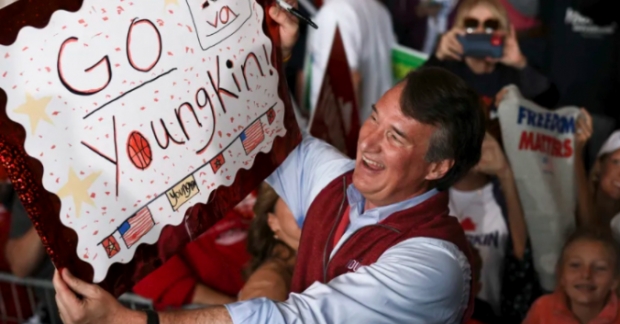 Since they happen a year after each presidential election, gubernatorial elections in Virginia and New Jersey are often seen as a key indicators of the nation's political mood. Additionally, governorships in these states tend be won by the opposite party of a new president. Virginia Republicans won the races for governor, lieutenant governor and attorney general, and also retook control of the House of Delegates. In New Jersey, a little-known Republican challenger only narrowly lost to the incumbent Democratic governor in a race deemed "too close to call" on election night. Biden carried Virginia by 10 points and New Jersey by 16 in the 2020 Election. Meanwhile in Minneapolis, voters rejected a proposal to replace the city's police department with a department of public safety.

Voices across the political spectrum analyzed the disappointment for Democrats and what will happen next. Many left-rated voices expressed concerns for Democrats' chances in 2022. Right-rated voices often celebrated the election results and framed them as a clear rebuke of Biden and Democratic priorities.

"The determination to stick with the $1.75 trillion social and climate spending bill underscores just how much the Democratic Party has bet its future on Biden’s legislative priorities. And it comes right as the president’s own political tailspin has put him in a weakened position to help them sell it."

"The president’s party almost always loses seats in the House of Representatives during midterm elections, and they usually lose ground in governor’s races, on net, too. Virginia’s contest, coming one year beforehand, is essentially an early midterm election. Youngkin’s win doesn’t guarantee that Democrats are headed for disaster next year, but it’s certainly consistent with that scenario."

"From Virginia to New Jersey to Minnesota, voters in yesterday's off-year elections sent Democrats a warning for 2022: There could be a massive backlash to perceptions that progressives are pulling the party too far left."

Five takeaways from a grim night for Democrats
The Hill (analysis)

"Tuesday was a grim day for Democrats, and not only in Virginia. The closeness of the New Jersey race was a real shock. And in a disappointment for progressives, a ballot measure to replace the Minneapolis Police Department with a new public safety agency went down to defeat in the city where George Floyd was murdered in May 2020. There will, at a minimum, be renewed tensions between centrist and progressive Democrats."

"The way [Youngkin] did it was consolidating the Trump base, bringing non-Trump right-leaning voters back into the fold, and persuading a lot of moderates and independents to vote for him.  If the GOP can replicate this model, and nominate candidates capable of this balancing act, across the country, the party will be a force to be reckoned with."

"Republicans began implementing their strategy to retake Congress almost immediately after Tuesday’s elections. The House Republican Study Committee began circulating a memo detailing how the GOP can build off the momentum of Virginia and New Jersey heading into the 2022 midterm elections."