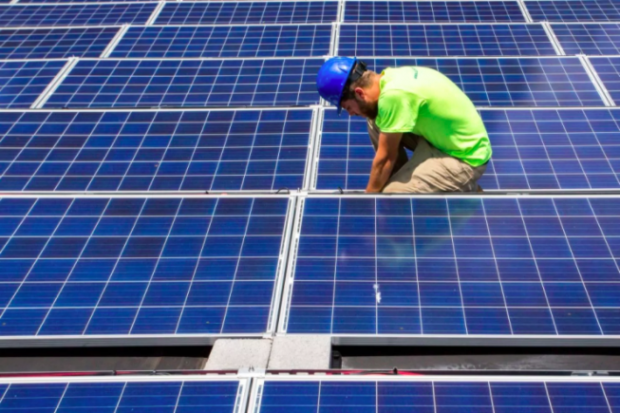 The Labor Department released the December 2017 jobs report, and media outlets across the aisle have had varying reactions to the raw data. The U.S. economy added 148,000 jobs, falling short of what economists expected for the month, but unemployment remained at 4.1%, which is a 17-year low. On the whole, Left-leaning outlets painted the report as disappointing with modest gains, while Right-leaning outlets emphasized the historically low unemployment rate, particularly in minority communities. However, both sides agree that, overall, 2017 was a year of strong economic growth.
As we do from time to time, we are updating some of our source ratings. Make sure to check out the media bias updates to The Daily Caller as well as Fox News. And stay tuned for Politico and the Daily Beast in the coming weeks.
Other news from AllSides:
Snippets from the Left
U.S. added 148,000 jobs in December, in lagging finish to year of strong growth
Washington Post
"The U.S. economy added 148,000 jobs in December after a year of steady hiring, missing expectations for a larger last-minute surge, the government reported Friday.
...
President Trump's first year in the White House brought healthy growth and 2.1 million new jobs, a slight drop from 2.2 million positions created during Obama's last year in office, government estimates showed Friday."
Economy adds modest 148,000 jobs in December
CBS News
"Businesses added just 148,000 jobs in December and the unemployment rate stayed unchanged at 4.1 percent, the Labor Department reported on Friday. The figure undershot economists' predictions of about 180,000 jobs added. Hourly earnings continued their modest rise, growing 2.5 percent in December year-over-year.
...
The jobs report, which marks the 10-year anniversary of the start of the Great Recession, underlines that the labor market has largely recovered from the 2008 economic collapse, with unemployment is at its lowest level since 2000. Yet those gains haven't diffused across the labor market, leaving hundreds of thousands of workers on the sideline. Muted wage growth has also left experts mystified, given that stronger employer demand for labor is supposed to boost workers' paychecks."
Snippets from the Right
Unemployment Holds Steady as Year Ends
The Daily Caller
"Nearly 150,000 jobs were added last month while the unemployment rate remained steady from November, according to the Department of Labor’s December jobs report.
...
At 148,000 jobs, the number came in lower than predicted. With six million open jobs in the U.S. and 6.6 million people currently unemployed, hiring should remain strong throughout 2018, however, according to The Washington Post.
...
Companies in the most competitive markets have begun increasing wages in order to attract the workers they need. Melton Truck Lines CEO Bob Peterson increased pay for 1,600 truck drivers in his company. 'With unemployment this low, anyone worth their salt has got a job and probably a darn good one,' Peterson told TheNYT."
Black unemployment rate falls to lowest on record
Washington Examiner
"The unemployment rate for black workers fell to the lowest rate on record in December, the Bureau of Labor Statistics reported Friday. The rate fell from 7.2 percent to 6.8 percent in the month, beating the previous low of 7 percent set in April 2000. The bureau has data going back to 1972.
The data point is one of several encouraging milestones that have been reached as the jobs recovery has stretched into its eighth year. Unemployment also hit a record low for Hispanic Americans in November, although that rate ticked up slightly in December."
Snippets from the Center
Jobs report: Employers added disappointing 148,000 jobs in Dec.
USA TODAY
"The labor market slowed in December as U.S. employers added 148,000 jobs in a sign that worker shortages may crimp hiring in 2018.
...
The report provides the first unvarnished glimpse of hiring in several months. Average job growth topped 200,000 in October and November but economists attributed much of the increase to a bounce-back after hurricanes in Texas and Florida kept workers at home and suppressed September payrolls. The unemployment rate, a 17-year low, has spawned a tight market that may continue to scale back employment growth."
U.S. job growth cools as labor market nears full employment; wages up
Reuters
"U.S. job growth slowed more than expected in December amid a decline in retail employment, but a pick-up in monthly wage gains pointed to labor market strength that could pave the way for the Federal Reserve to increase interest rates in March.
...
Taking the sting out of the moderation in job gains, average hourly earnings rose 9 cents, or 0.3 percent, in December after a 0.1 percent gain in the prior month. That lifted the annual increase in wages to 2.5 percent, from 2.4 percent in November."
Discover more on this topic on AllSides.
Economy & Jobs, Jobs Report, Story Of The Week, News