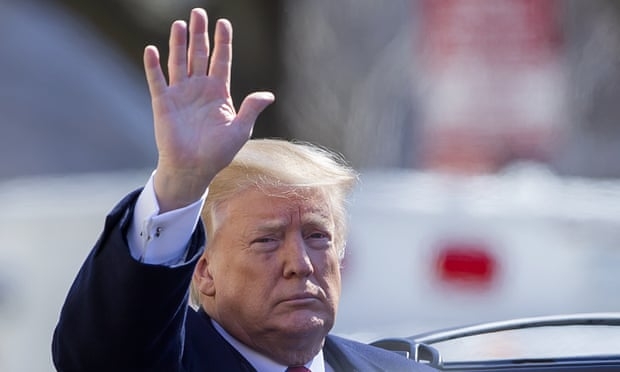 New Zealand experienced its deadliest attack last week after a gunman who had expressed racist and anti-immigrant views shot and killed 50 people at two different mosques.
Some criticized President Trump in the wake of the attack and accused him of stoking white nationalism, while many simultaneously applauded Prime Minister Jacinda Ardern who moved to immediately ban semi-automatic weapons in the country. Others criticized certain media outlets for implicating Trump, and said that the gun control action spearheaded by Ardern will be ineffective.
From the Blog: Unearthing old comments with the intent to incite outrage or economic consequences has been referred to as “offense archaeology.” Does this political tactic serve public discourse, ensuring bad ideas are snuffed out? Or does it erode public discourse, making people afraid to speak?
Check out some other big stories this week: Trump To Sign Executive Order Tying Federal Grants To Free Speech on Campus, Trump Renews Attacks on John McCain, and Devin Nunes Sues Twitter, Users for Over $250M Alleging Bias Against Conservatives.
Snippets from the Left
White supremacy is on the march, and Trump is at least partly to blame
The Guardian Opinion
"Trump, Conway and Mulvaney can deflect, distract and divide us as much as possible, but none of their words can erase the fact that the president is unambiguously connected to this far-right political violence that is sometimes performed with him directly in mind. Let me be clear. Trump is not criminally responsible for these acts. That would be a ludicrous idea. But he is politically responsible, and understanding that distinction will be the first step to rejuvenating our politics."
Fact-checking Trump's notion that white nationalism is not a rising threat
CNN
"The Anti-Defamation League (ADL), an organization focused on tracking extremist activity, found last year that white supremacist murders in the US 'more than doubled in 2017,' with far-right extremist groups and white supremacists 'responsible for 59 percent of all extremist-related fatalities in the U.S. in 2017.' They were responsible for 20% of these fatalities the year before."
New Zealand is showing America how to respond to mass shootings
Washington Post Editorial Board
"Parliament will have to give its approval and there may be opposition, but the gun rights lobby in New Zealand is far less powerful than that in the United States, where the National Rifle Association’s stranglehold on lawmakers blocked any meaningful reform even after elementary school children were slaughtered. And it was encouraging — even inspiring — to see politicians in New Zealand who had opposed gun control change their minds."
Snippets from the Center
New Zealand mosque attack death toll rises to 50
The Hill
"The 28-year-old Australian man charged in connection with the shooting was in court earlier Saturday, where he appeared to flash a 'white power' sign."
Trump’s View of White Nationalism Sparks Political Debate
Wall Street Journal
"White House officials and Democrats clashed Sunday over President Trump’s response to the New Zealand mosque massacre days after the president downplayed the role played by white nationalism, saying that a 'small group of people' with 'serious problems' hold such beliefs."
Shaken by mosque massacre, New Zealand gun owners prepare to hand over banned weapons
Reuters
"Under the changes, all military style semi-automatics (MSSA) and assault rifles will be banned, along with parts used to convert weapons into MSSAs and all high-capacity magazines."
Snippets from the Right
When the media makes Trump a target
Washington Times Opinion
"Blaming Mr. Trump or even Chelsea Clinton is nonsensical. The media acts like mass public shootings in other countries are something new, but they are actually much more common outside of the United States. And, well before Mr. Trump became president, foreign shooting, bombing and vehicle attacks were increasing in frequency at a much faster rate."
New Zealand mosque shooting: As a national security expert, here's how I try to make sense of the senseless
Fox News Opinion
"All terrorism is terrible, but it is not all equal. Terrorist groups that are organized and supported by global networks, or directed by state-sponsors like Iran, represent systemic threats to national security and the peace and prosperity of societies. Individual acts of terrorism, even horrific acts of terror such as these mosque attacks, are extreme public safety challenges. Each should be handled with the resources and means appropriate to the nature of the threat.”
New Zealand's Sweeping New Gun Ban Would Be Unconstitutional in the U.S.
Washington Examiner Opinion
"We all have our views on the Second Amendment and gun rights. Yet, when it comes to judging New Zealand's legislation as applied to U.S. constitutional rights, the law stands clear. In the American Left's salutation of this legislation, we're seeing another example of gun control conversations driven by a lack of understanding and European-style emotional response."
Discover more on this topic on AllSides.
Tags:
Terrorism
White Nationalism
Gun Control and Gun Rights
Donald Trump
New Zealand
Jacinda Ardern
Story of the Week
News