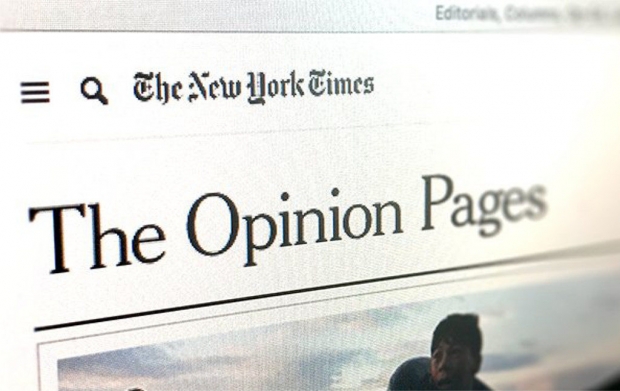 Recent conversations and controversies surrounding the venerable op-ed pages at the New York Times and Wall Street Journal have been framed in various ways, with commentators using phrases such as cancel culture, an attack on freedom of speech, an example of poor fact checking, and other buzzwords of the moment.

But instead of helping us have a nuanced conversation, this discourse pigeonholes us into simplistic definitions, echo chamber shorthand, and ultimately into ideological camps that further divide us.

While it’s tempting to simplify, vilify, and take sides, we must resist this siren call and instead embrace the complexity of this important conversation and put it into context. Conversations around freedom of speech, the importance of fact checking, and the toxicity of cancel culture are all important. But the other important truth is that they are all nuanced and multi-faceted, and we must grapple with them together to help our society move forward.

A primary principle or duty of a free press, according to Bill Kovach and Tom Rosenstiel, authors of The Elements of Journalism, is that “journalism must provide a forum for public criticism and compromise” — and op-ed sections serve this role. But, Kovach and Rosenstiel’s assertion comes with a warning that the forum can bring “an increased power to distort, mislead, and overwhelm the other functions of a free press” (p. 197), especially in our digital age.

Op-ed sections and newsrooms are traditionally vigorously separate — independent of and from one another. This is a benefit to both sides, because reporters are not in the business of peddling opinion, and opinion editors are not in the business of covering news stories. Rather, op-ed sections provide analysis and context to the news of the day. Thus, these two elements of journalism each contribute to the public discourse. This tradition of independence from each other clearly continues, because much of the criticism of the opinion editors at the WSJ and NYT came from newsroom staff.

Depending on your camp along the political spectrum, you may see the recent criticisms of the WSJ and NYT op-eds as cancel culture at work, or you may see them as an appeal to journalistic principles of verification. Op-ed sections, while separate from newsrooms, are still part of the journalistic landscape and thus should seek to adhere to journalistic principles, including presenting a diversity of sources or viewpoints; rigorously fact checking; and gatekeeping with an eye toward addressing the biggest and most impactful stories of the current moment. This ensures that citizens have the information they need to govern themselves and tackle community and societal challenges.

Given this important role, Rosenstiel and Kovach outline a tenet that op-ed sections must adhere to as journalistic entities. We all “have every right to be opinionated. But if the authors of this intelligence want to call their work journalism, then it follows that they should not misrepresent the facts - that they should hold to the highest standards of truthfulness and allegiance to public interest…. A forum without regard for facts fails to inform” (p. 199).

Opinion editors often face a challenge of seeking to represent diverse viewpoints with strong opinions and perspectives, which sometimes come with assertions that may not hold up against scrutiny. They must decide whether it’s appropriate to publish such content for the sake of public discourse, or whether such content may only cause harm by disseminating inaccurate information. This is their First Amendment right — and responsibility.

Given that op-ed sections are critical to our ability to self-govern, we must hold them to a high standard. They must not be censored, but editors must also demonstrate that they are fact checking and verifying the information they choose to publish. It is this tenet that newsroom staffers at the NYT and WSJ called out in their letters to their respective opinion editors.

But opinion editors must also challenge viewpoints by ensuring the inclusion of diverse voices. When conservative opinion writer Bari Weiss resigned from the NYT this month, she expressed concerns that diverse viewpoints were not welcome and that she was bullied for expressing hers.

To preserve our First Amendment rights to freedom of speech, we must all fight to retain our ability to express our views. But freedom of speech does not mean freedom from criticism. As the Supreme Court wrote in its 1964 NYT v. Sullivan decision, “debate on public issues should be uninhibited, robust, and wide-open, and that… may well include vehement, caustic, and sometimes unpleasantly sharp attacks on government and public officials.” The court later added public figures to this list.

In the journalistic context, freedom of speech does not mean freedom from fact checking and verification. The NYT and WSJ newsroom staffs used their voices and First Amendment rights to criticize their respective opinion sections based primarily on concerns about fact checking and safety. Such dissent is part of our American tradition. Opinion editors defended their choices by appealing to the importance of representing diverse viewpoints. However, at least one editor, James Bennet of the NYT, resigned in the wake of criticism after publishing an op-ed by Sen. Tom Cotton (R-Ark.) that contained factual inaccuracies.

We can continue to approach this conversation with the simplistic tone heard among the extremes of public opinion. Or we can grapple with the nuances and use our constitutional right to free speech — and all of the responsibilities that come with it — to address concerns across differences and come to deeper understanding.

We must all rise to the challenge, resist the temptation to gravitate toward our usual camps, and engage with each other and each other’s perspectives, while holding ourselves to a standard of verifying the information we believe is true. This does not mean we have to agree. Challenge is part of our beautiful, messy, First Amendment. But, for the sake of our democracy, let’s have the conversation.

Gina Baleria, Ed.D., is an Assistant Professor of Journalism, Media Writing, & Digital Media in the Department of Communication & Media Studies at Sonoma State University. She also hosts the podcast News in Context (@NewsInContextSF), which airs on 102.5 KSFP in San Francisco on Fridays at 8:30am and 6:30pm. She has a Lean Left bias.