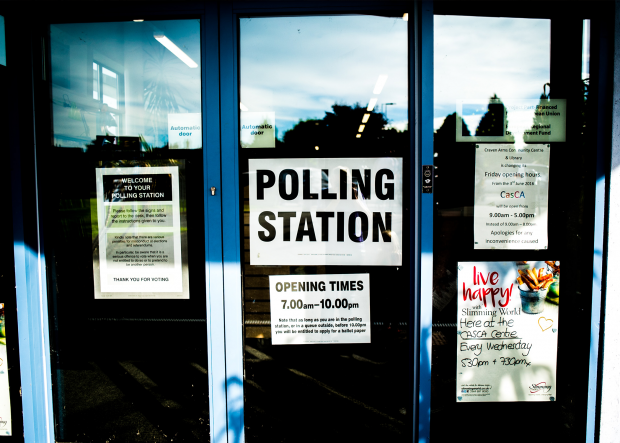 When there’s blood on the streets of American cities, a discussion of polling data may not sound particularly exciting. But especially for those who are grieving the recent tragedies in Minneapolis, Louisville and too many other places, give me just a minute to run through some numbers with you.

According to the latest Washington Post-ABC News poll, Joe Biden is now running about ten points ahead of Donald Trump among all registered voters. But at the same time, in this survey and almost all other recent national polling, Trump’s supporters are much more motivated than Biden’s to turn out to vote on their candidate’s behalf. The lack of enthusiasm for Biden is particularly noticeable among young people and voters from minority communities, the same demographic groups who are disproportionately represented at the rallies and marches that have swept across the country over the last several days.

Large numbers of angry and frightened Americans are galvanized in their desire to see fundamental societal change, and they are flocking to public demonstrations in hopes that their collective presence can catch the attention of those in power. The overwhelming majority of them are protesting peacefully, but the attention they deserve has been hijacked by a small number of looters, vandals and other opportunists. As a result, many are growing frustrated that their calls for reconciliation and reform are not being heard.

But there is another way to force the nation’s political leaders to pay attention: that would be voting.

Non-violent protest can be noble, and is often a necessary catalyst for forward progress. But the men and women who write our laws are most motivated by their interest in maintaining their elected offices. The single most effective way of capturing their attention is to put those offices at risk.

Trump is impervious to this type of pressure. He correctly believes that his only remaining path to re-election is to excite his core base of supporters to turn out in unprecedented numbers. According to the Post-ABC poll, his efforts are currently falling short. So he has decided that he will use the current emergency to energize them even further, through the use of increasingly confrontational language and increasingly belligerent threats. Will it work? It’s impossible to guess, but he believes that this approach is more likely to have the desired effect on his loyalists than a continued conversation about the coronavirus.

If Biden is able to maintain a double digit lead in the polls, the fact that the Democratic base is uninspired by his candidacy won’t cause him much harm. But if Trump pulls closer, the votes of young people and from minority communities will be critical to Biden’s success. In the last few days, Biden has begun to address the issues surrounding George Floyd’s death more forcefully, but he will never be the electrifying presence that many of the protestors would prefer. The question whether he can deliver a message to attract their active support is an existential one for his campaign.

It’s intriguing to ponder how the 2020 election might have proceeded differently if the recent tragedies had occurred one year ago – or if similar tragedies from one year ago had received this level of attention. It’s possible that Cory Booker, whose message of love and racial conciliation never caught on with primary voters, might have received more notice. Other younger and more aggressive candidates like Kamala Harris, Andrew Yang, or Julian Castro might have made a greater impact. It’s possible that an unapologetic progressive like Bernie Sanders or Elizabeth Warren could have broken through.

But none did. The young people who might have propelled any of these candidacies forward did not turn out in large numbers, and the Democratic party establishment closed ranks behind Biden as the most electable alternative to Trump. Since he secured the nomination, the former vice president has faced continuing criticism and disconcerting levels of diffidence from those who did not turn out for his primary opponents. His lead in the polls is substantial, but Hillary Clinton and Mitt Romney will tell you what happens when occasional voters are uninspired.

This is not to either criticize Biden’s nomination or defend his candidacy. But rather simply to note that those who are sufficiently interested in change to devote days of their lives to peaceful protest in May and June may also want to consider the value of setting aside fifteen minutes to vote this November.
Want to talk about this topic more? Join Dan for his weekly webinar “Politics In The Time of Coronavirus” on Thursday mornings at 11 AM PST. You can register for it here. Or read more of Dan’s writing at: www.danschnurpolitics.com.