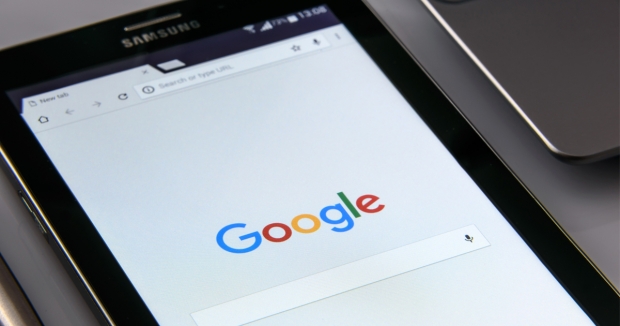 This morning, YouTube, which is owned by Google, removed a video created by Project Veritas, a nonprofit founded by conservative James O’Keefe that is dedicated to exposing corruption. The video showed undercover footage of Google executive Jen Gennai discussing the tech giant’s search algorithm. Some of those on the right say Gennai’s comments confirm Google is biased and that the search giant is taking a role in shaping elections. As of Tuesday evening, the story is largely being ignored by media outlets on the left. Overall, the controversy raises concerns about media bias, Google bias, and what counts as “fake news.”

The Project Veritas video shows undercover footage of Gennai, who is Google’s Head of Responsible Innovation, talking about Google’s attempts to create an algorithm based on “fairness.” In it, she seems to discuss how it is the duty of big tech companies to “prevent” the “next Trump situation.”

“Elizabeth Warren is saying we should break up Google,” Gennai says in the video. “And like, I love her but she’s very misguided, like that will not make it better it will make it worse, because all these smaller companies who don’t have the same resources that we do will be charged with preventing the next Trump situation, it’s like a small company cannot do that.”

The Project Veritas video also featured an “anonymous Google whistleblower” who claimed that Google is intentionally altering search results to promote a left-leaning agenda. He pointed to what he claims are internal documents that support his claims.

The story is an example of news that is being covered on the right, but largely ignored on the left. AllSides found articles from a number of media outlets with a Right bias, including The Daily Caller, The Daily Wire, PJ Media, Townhall, American Spectator, Breitbart, and The Washington Times. We found only one Left outlet — The Daily Beast — that had covered the story.

Gennai said in a blog post that the footage was “selectively edited” to make her appear ominous and that Google does not employ bias in its search algorithm. Gennai said she was discussing how Google’s Trust and Safety team “is working to help prevent the types of online foreign interference that happened in 2016.” She said she was recorded while she believed she was speaking to a group of people who were interested in a mentoring program for young women of color in tech, and that she “used some imprecise language.”

Many of those on the right said Gennai’s comments indicate that Google is intentionally altering search results to favor left-leaning perspectives.

“My definition of fairness and bias specifically talks about historically marginalized communities,” Gennai says in the video. “And that’s who I care about. Communities who are in power and have traditionally been in power are not who I’m solving fairness for … We’re also training our algorithms, like, if 2016 happened again, would we have, would the outcome be different?”

AllSides has been actively monitoring claims of Google bias for months. In August 2018, AllSides conducted a query of Google News search results that found Google is 65% biased toward left-leaning media outlets (check out our 39-page report on Google bias here). Earlier this month, an audit by researchers at Northwestern University found that Google’s “Top Stories” section, which often appears at the very top of search results, is biased toward a very small number of Left-leaning media outlets.

The Project Veritas story once again raises questions about bias and fake news. Fake news means different things to different people, depending on their bias. It can refer to information that is poorly researched and not backed up by data, information that is misrepresented, or information that is omitted entirely. People with a left bias may believe the Project Veritas story is fake news if they believe Gennai’s words were selectively edited to paint a false picture, as she claims. Those on the right may believe that left-leaning media outlets are ignoring an important story around search engine bias, and are thus engaging in fake news defined as bias by omission. Those on the right may also believe Google itself is engaging in fake news by altering search results to promote a specific, one-sided narrative.

Project Veritas should consider releasing the full video to either confirm or refute Gennai's claims that her words were taken out of context. But whether they do or not, this story about Google bias highlights the very different perspectives dividing the American left and right regarding big tech’s role in media and elections. AllSides will continue to provide coverage from both sides on this issue and more.