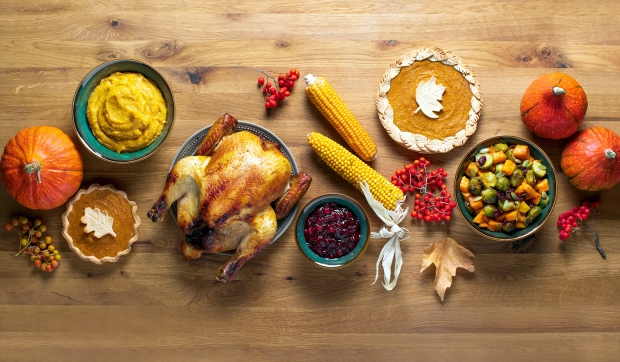 We love dialog. It’s a healthy part of a great democracy.

But, arguments are rarely healthy for digestion or holiday enjoyment.

Since many Americans will break bread with someone holding opposing political views this season, I spoke with Heather Sutherland, licensed Marriage and Family Therapist, about what keeps the good feelings flowing and the mashed potatoes on the table and out of Aunt Opinionated's hair. She helped me put together these three takeaways.

Heather explains that families are a sensitive system. One tense spat between two people can taint the evening for everyone else. If you know that certain political topics could turn ugly fast in your crowd, decide to avoid those topics.

If your family and friends have had bitter arguments over politics in the past, consider kicking things off with a toast and a suggestion that, in the spirit of enjoying your time together, certain political topics are best avoided.

Heather says it's about "setting your boundaries - either as a group, or with each person individually." For example, if someone you are talking to brings up a topic you have strong feelings on, such as the healthcare law, and you aren't sure the conversation will go well, you could respectfully change the subject and let them know it’s not a good topic for you to discuss at the moment.

I have learned that sometimes, as comedian Mike Birbiglia says, "What I should have said was…nothing."

2. Respect that feelings are at stake.

Heather points out that political discussions typically turn ugly when people feel they aren’t being heard or understood  - or worse, when they feel feel judged. Decide to keep judgment out of political conversations.

It can help to silently remind yourself that most people do not form their opinions on pure logic and facts, and it’s pointless to try to persuade someone whose emotions are stirred up. As one woman puts it, sometimes the kindest thing to do is "nod your head, respect the thought they've put into their logic no matter how twisted, and move along."

3. If you do discuss politics, keep the focus on issues instead of political identity.

As soon as we label people, our brains get into trouble. Suddenly this person we are speaking to is associated with “everything” that upsets us politically. That's not fair to them. Therefore, avoid using terms like liberal or conservative and don’t dwell on the character flaws of certain liberal or conservative icons either. (No matter how tempting!)

Instead, discuss the issues as if you are from another planet: focus on the facts without the baggage of stereotypes and old party resentments.

After all, most of us - whether we know it or not - are not purely Democrat, Republican, or Libertarian in our views. We are more complex than that, according to the research. For example, consider the March 2013 United Technologies/National Journal Congressional Connection Poll. When Americans were surveyed on their issue views (without using left or right labels) they were rarely completely in line with traditional Republican or Democrat views. Rather, most folks agreed with some traditionally Democratic views and some traditionally Republican views.

So, here’s to holiday harmony between you and your multi-partisan loved ones. Will someone please pass the mashed potatoes?