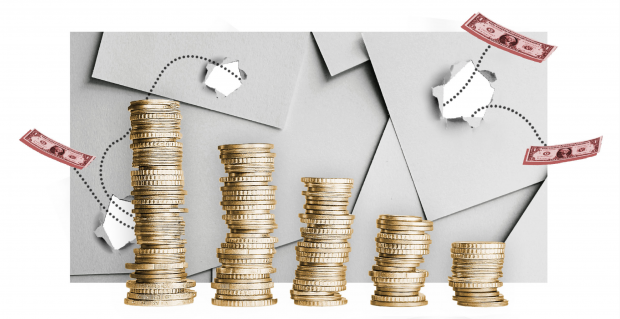 Corporate taxation, the details of which were once relegated to the back rooms of congressional offices and boardrooms, has become an increasingly popular talking point on both sides of the aisle.

One claim that we hear often is that big companies with massive profits pay little to no taxes. But is that accurate?

Some Say That…
Others Say That…

Especially following the 2008 financial crisis, voters have become increasingly interested in the financial operations of large corporations, including how much money they pay in taxes. The corporate tax structure has been under intense scrutiny in recent years, and has been a major economic talking point of the last two administrations.

President Joe Biden has repeated the statement that 55 of the largest companies in America pay no federal income tax at least 10 times in speeches or interviews (sometimes he specifies “federal income tax”, sometimes he does not, and those are two very different things). Left rated outlets like CBS News (Lean Left bias) and The Washington Post (Lean Left bias) have given the narrative a lot of coverage. But do these companies really pay $0 in taxes? The answer is much more complicated.

In this blog, we think it’s best not to focus too much on the political leaning of different viewpoints mentioned because economic views frequently cross party lines.

What the Corporate Tax Code Says

This is taxed as a percentage of the company's revenue minus cost of goods sold, general and administrative expense, selling and marketing, research and development, depreciation, and other operating costs.

Beyond this basic framework, there is a patchwork of exceptions and loopholes that reduce the actual amount paid, making the effective rate for federal income taxes lower than 21%.

There are also a large variety of taxes levied by the federal government, most importantly the payroll tax. Corporations also pay other federal and state taxes.

Corporations, businesses of any size, and individuals may pay “zero income taxes” because they lost money overall or did not make a profit. But that’s not the same as paying no taxes.

The 55 corporations that Biden and others accuse of not paying taxes paid no federal income taxes, but likely paid state, local or other federal taxes. AEP and FirstEnergy, two companies among the 55 that do not pay federal income tax, argued that their local taxes amounted to $2.3 billion in 2020.

In regard to federal taxes, the definition of taxable income in the legal code has a significant impact on how much taxes corporations pay. It’s not that these companies are just “choosing” not to pay taxes; they are taking advantage of statutes in the legal code and capitalizing on loopholes.

So while it might seem reasonable to not pay income taxes when you, your company or a corporation is losing money, how income and “losing money” are defined is critical and controversial.

First, the tax code allows companies to deduct past losses from their profits. This prevents corporations, companies and individuals with long-term net losses from being taxed as much as they would be taxed otherwise. In other words, if a company had major losses over the last two years but made a small profit this year, it would still have an overall loss over three years. Therefore, the federal government does not require that company to pay income taxes this year since overall the company is still losing money.

Next, when a company makes a capital investment, they can attribute a large portion (up to 100%) of that cost as a current year expense in a process known as cost recovery.

Which expenses that can qualify as an immediate expense versus which expenses must be depreciated over a period of time is governed by a dense part of the U.S. Internal Revenue Code known as Section 179. Generally, immediate expense reduction can encourage more capital investment in the economy by reducing the taxes companies pay that year, the same year they make the capital investment.

This is essentially paying taxes on a cash basis, the same tax structure that many private companies and individuals use to pay taxes.

So, just because a business pays “zero income taxes” doesn’t mean it’s not paying any taxes at all, nor does it necessarily mean it is “getting away with something” considering it may just be making up losses from past years or have other deductions that might be considered reasonable.

The phrase “tax loopholes” may imply that a company is getting away with something, but that is not necessarily true. Tax regulations are generally designed to encourage certain kinds of positive economic behavior that benefits the economy or society overall. There is often disagreement on what is a benefit to the economy or society, and some see almost any tax deductions by corporations as unfair.

Knowledge of tax deductions loopholes and how companies use them is key to understanding the corporate income tax structure.

One of the most utilized “tax loopholes” is the ability to use a foreign subsidiary. Some see savings from this “loophole” as a positive because it helps American corporations compete internationally, while others see it as an unfair way to avoid paying US taxes. If a company sets up a subsidiary in a nation with a lower tax-rate, they are subject to that rate and do not have to pay U.S. income taxes until the money is returned to the US. However, they are never required to return it. This rule has led to some strange outcomes. Apple has reported ⅔ of its profits in other countries, where it can take advantage of foreign tax rates. Most of these barely-taxed profits were attributed to three Irish Subsidiaries.

One of the biggest misconceptions about this rule is that U.S. offshore profits are trapped abroad. In reality, these profits can be reinvested into a company’s U.S operations in a variety of ways as long as they are not directly invested in the U.S. parent company.

Another way corporations limit their taxes is through government tax credits and subsidies. Certain industries benefit from these more than others, including oil drilling, alternative energy, film production, and pharmaceuticals.

For example, Section 41 R&D credits can allow companies a 6 to 13% reduction in their income taxes for every dollar spent on R&D.

Emerging financial technology is adding to the tax gap. For example, cryptocurrency investors are able to evade taxes without the IRS noticing because of its decentralized nature. These investors also take advantage of how vague the tax code is regarding these currencies because it is new and regulation is slow to catch up.

A couple of these “tax loopholes” can have legitimate purposes, though there is often debate on what is legitimate or not. Some also garner a lot of public support. For example, exclusion of interest on State and Local Bonds and Deduction for Domestic Manufacturing. The former allows companies to avoid paying federal income tax on investment income from state and municipal bonds while the latter reduces taxes for companies that manufacture in the United States. Both these provisions boost local economies and encourage investment.

Where Americans Stand on Corporate Taxes

So, some companies avoid billions in income taxes. Is this fair?

Any economical, ethical, or moral assessment on how companies abide by or manipulate the tax code (within the confines of the law) is entirely subjective.

This data fluctuates significantly given current economic conditions and legislation, among other factors.

Amazon has been criticized by Biden and others for paying $0 in federal income taxes. The main reason for this is the tax breaks from the company’s investments in research and development (R&D), plants and equipment, and moving to employee stock compensation. Amazon has the highest R&D spending of any company on the planet, almost doubling the next highest, Alphabet (Google’s parent company).

Critics of the current state of the tax code argue that it is unfair that Amazon, Nike and FedEX, some of the largest companies in the world, are based in the U.S. and pay no U.S. income tax. Additional tax revenues, they argue, would permit the U.S. government to provide benefits to more Americans in the form of health care, infrastructure and more.

Others point out that these companies pay a lot of other taxes, and argue that removing these income tax breaks “would disincentivize the company from reinvesting and thus creating greater opportunities for the businesses and the cities in which it operates”. They also argue that more money in R&D creates more jobs, directly benefiting more Americans, and ultimately more taxable revenue, increasing government tax revenues in the long run.

A popular gripe with the tax code is the ability for companies to offer equity to avoid paying taxes. In 2021, when a lot of Americans were suffering economically through the pandemic, the top 1% gained 6.5 trillion in wealth. A lot of this wealth, 4.3 trillion, was made through corporate equities. Those in support of higher tax rates argue that if these companies paid their fair share in taxes, other people besides shareholders could benefit from their success.

In one survey from Morning Consult, 3 in 5 voters favored corporate tax hikes to fund infrastructure spending. The other 2 in 5 would likely argue that the government is inefficient due to the size of the bureaucracy and overlap of government programs, among other factors, and that those revenues would be better used by the companies themselves.

The Truth About Corporate Taxes

So, do big corporations pay $0 in taxes?

If you're talking about all kinds of taxes, the answer is no. All corporations pay a substantial amount in taxes. If not in federal income tax, it’s typically in the form of other federal, state or local taxes.

If you're talking just about federal income tax, the answer is not quite. It varies based on the company. The average tax rate for U.S. companies is 19.7%. This number is in line with many major nations and higher than Germany and Luxembourg, among others.

Nonetheless, some believe larger corporations in the U.S. disproportionately pay a lower tax rate in comparison to smaller companies because they have the size, profit and expertise to take advantage of every aspect of the U.S. tax code possible.

Corporate taxation is a rapidly evolving issue, and the Biden administration has taken steps to fix what has become, in their opinion, a serious problem. The Inflation Reduction Act, passed in 2022, sets a 15% minimum corporate tax rate, and raises IRS funds to ensure more compliance with tax regulations.

It's important to form one’s own opinion about this pertinent issue, ignoring the flashy headlines and political talking points. There are some companies that pay $0 in federal income tax, but more often than not this is a result of a calculated economic decision by economists about the benefit of these companies – not illegal or corrupt activity.

Ethan Horowitz is an AllSides news assistant. He has a Lean Right bias.