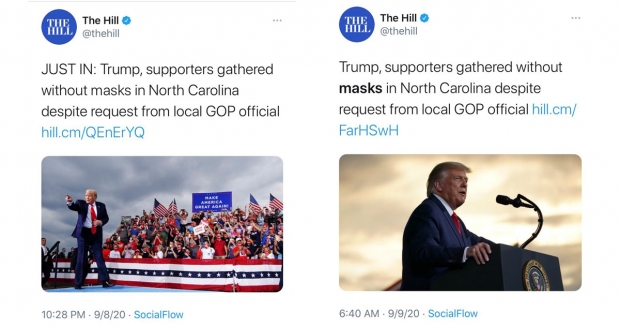 The Hill (Center media bias) recently faced charges of media bias and
fake news after it tweeted a headline about Trump’s recent rally in North Carolina that didn’t match what was shown in the accompanying photo, then deleting it.

“JUST IN: Trump, supporters gathered without masks in North Carolina despite request from local GOP official,” read the headline, alongside a photo showing numerous supporters in masks.

The Hill then appeared to delete the tweet and replaced it with a different photo of Trump standing alone: 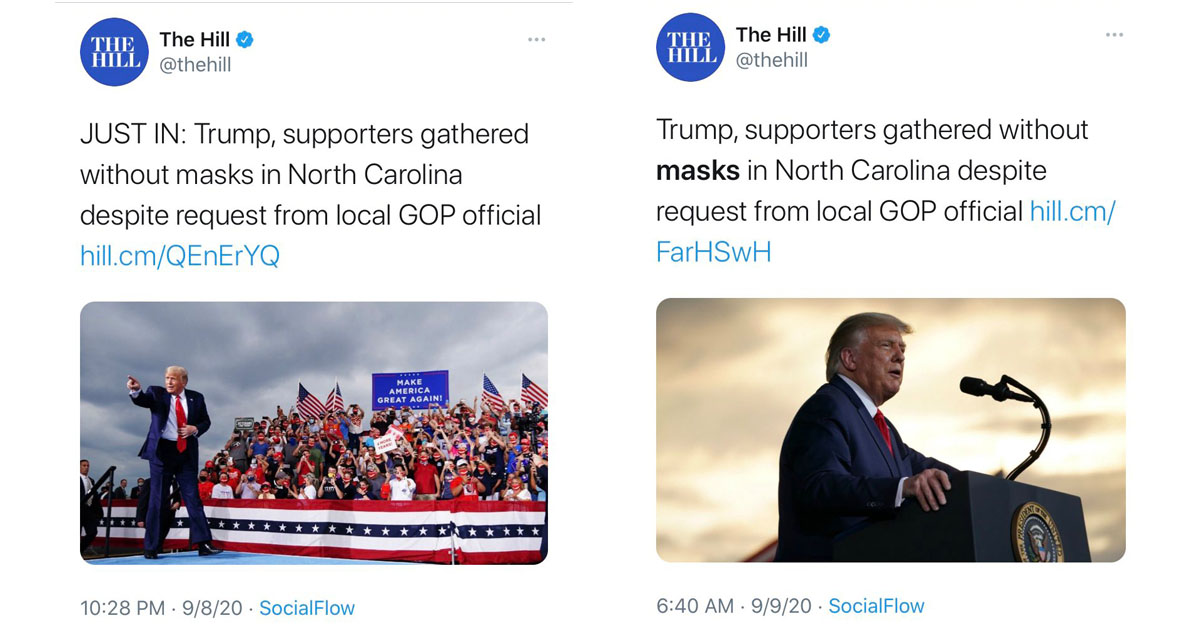 A close up of the original photo shows the majority of the crowd pictured in masks: 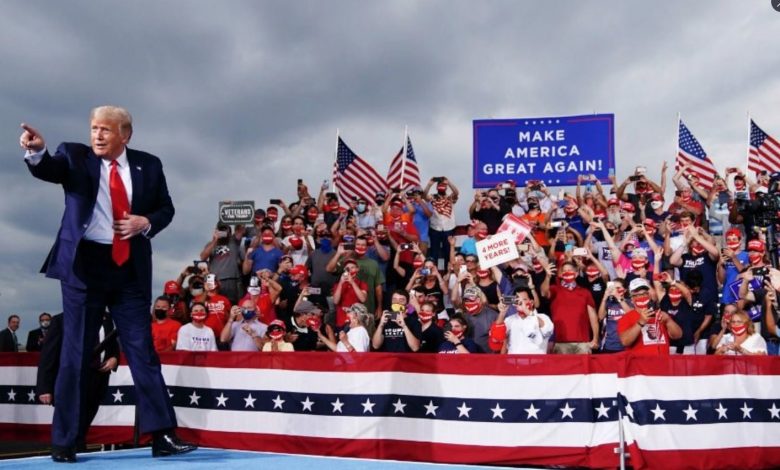 Another tweet from The Hill featuring the same article a few hours later showed a portion of the crowd not wearing masks: 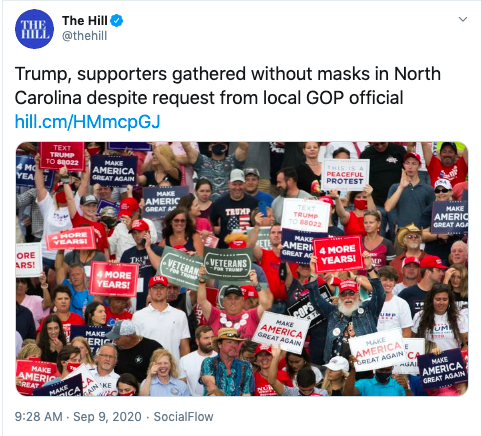 On this blog, we’ve often pointed out instances of media bias by photo, a type of bias in which photos are used to shape the perception, emotions or takeaway a reader will have regarding a person or event. Sometimes a photo can give a hostile or favorable impression of the subject; sometimes it only tells part of the story, such as in this case.

Some on the right, such as Matt Wolking, Deputy Director of Communications - Rapid Response for the Trump campaign, implied the original mismatched headline and photo was evidence of the media painting a false narrative: 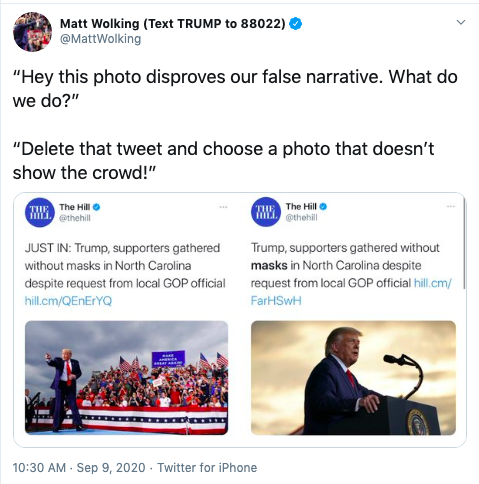 The Hill’s photo switch-ups seem to illustrate a bias toward portraying all event-goers as flouting public health guidelines, yet the reality is more mixed — photos show many supporters with masks, and many without.

This instance shows why media literacy is so important. Those who took The Hill’s second and third attempts at the headline and photo at face value without doing further research may believe no one at the event was wearing masks.

All news organizations make mistakes, and there is always a question of what they ought to do next. Should the article and headline have been removed entirely, since the evidence seems to refute the headline? Was the original photo itself misleading, but in fact the majority of people were not wearing masks? Was just replacing the photo a reasonable reaction, or was that insufficient? Should The Hill make a statement describing its mistake and its reasoning behind its actions before and after?

In addition, nearly every instance of media bias points to a deeper, underlying philosophical or scientific issue that divides people. Currently disputed among the members of the public is the gravity of the threat coronavirus now represents, whether or not masks work, whether or not bans on gatherings and restaurants are warranted, and whether or not masks are necessary at this stage in proportion to the current viral threat. This polarizing issue would require a much longer blog post to explore, but it’s important to remember that the media often frames issues in a way that takes one side or the other.

As we draw nearer to the 2020 election, reporting on rallies and other election-related events are likely to be tinged with bias. Be sure to bookmark AllSides’ balanced newsfeed so you can compare and contrast coverage across the political spectrum to find the truth.

Julie Mastrine is the Director of Marketing at AllSides; she has a Lean Right bias.