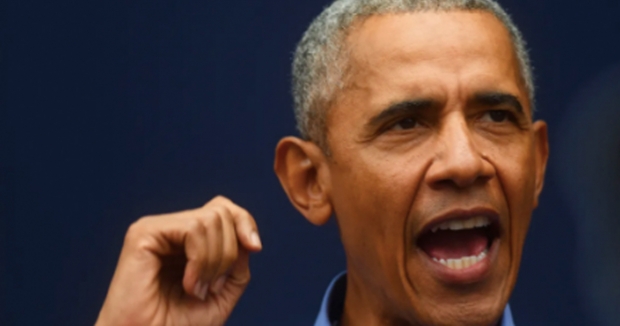 Media bias manifests in many different ways — on this blog, we’ve shown you how it can appear as bias by omission, sensationalism, and bias by placement. We’ve identified 11 different types of media bias to watch out for. Another obvious way bias manifests is by photo, which often falls under the umbrella of sensationalism. Recently, the AllSides team spotted quite a few examples of media bias by photo while curating balanced news.

Photos in the news can be used to shape the perception, emotions or takeaway a reader will have regarding a person or event. Sometimes a photo can give a hostile or favorable impression of the subject. For example, a media outlet may use a photo of an event or rally that was taken at the very beginning of the event to give the impression that attendance was low. Or, they may only publish photos of conflict or a police presence at an event to make it seem violent and chaotic. Things can also go the other way; reporters may choose to use photos that show things in a more favorable light — perhaps an image of a politician looking strong, determined or stately.

We often see bias by photo in political reporting. Media outlets with a left or right bias (or anything in between) sometimes choose photos that paint politicians on their side in a more favorable light, and politicians on the other side in a negative light. Take this recent example in The Blaze: 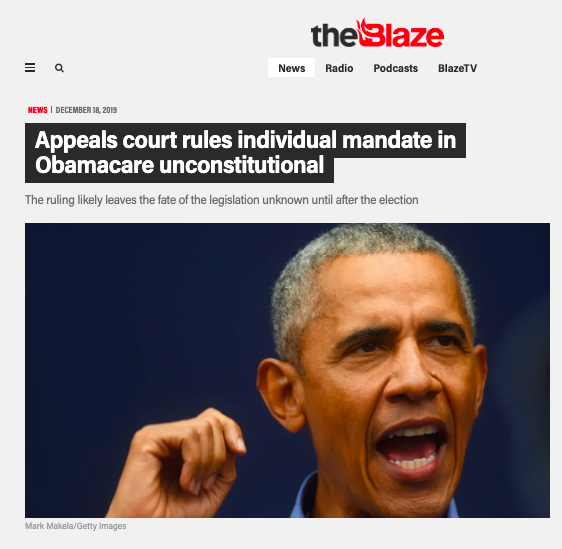 While media bias is always open to interpretation, this is not a neutral photo. Obama appears stern, or angry — with his hand raised, brows furrowed and mouth wide, it looks like maybe he’s even yelling. The Blaze seems to be framing the news about the ruling as something that would enrage Obama.

Here is another example from Townhall: 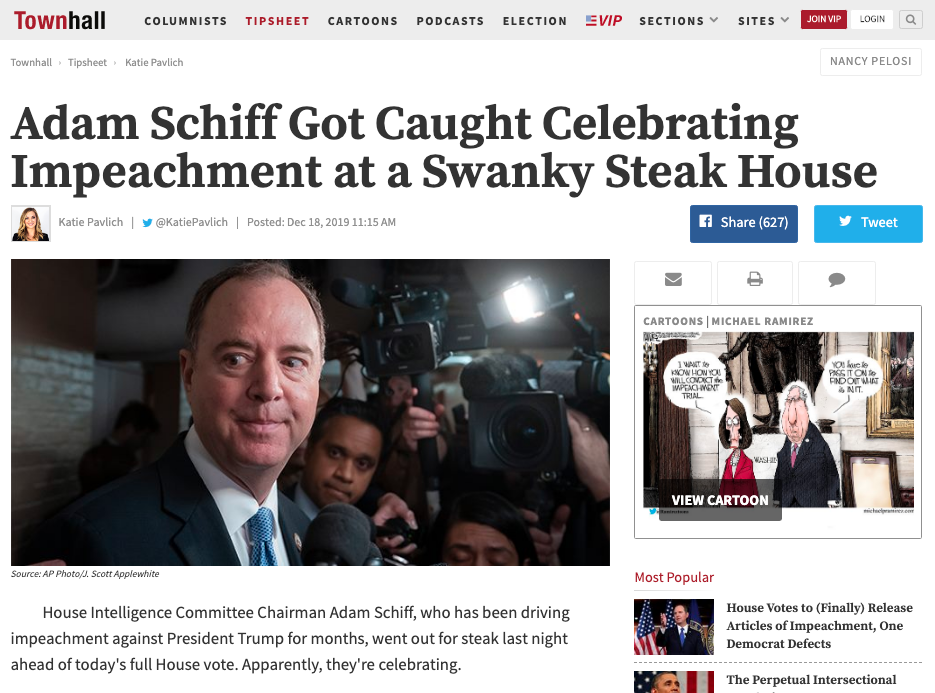 With his lips pursed and eyes darting to the side, in this photo Schiff looks guilty. The headline stating that he “got caught celebrating” also implies that he was doing something he shouldn’t be doing. Whether or not he was actually celebrating impeachment at this dinner is up for debate, but if you judged Townhall’s article by the photo, you may conclude he was.

Here is another example from Mother Jones: 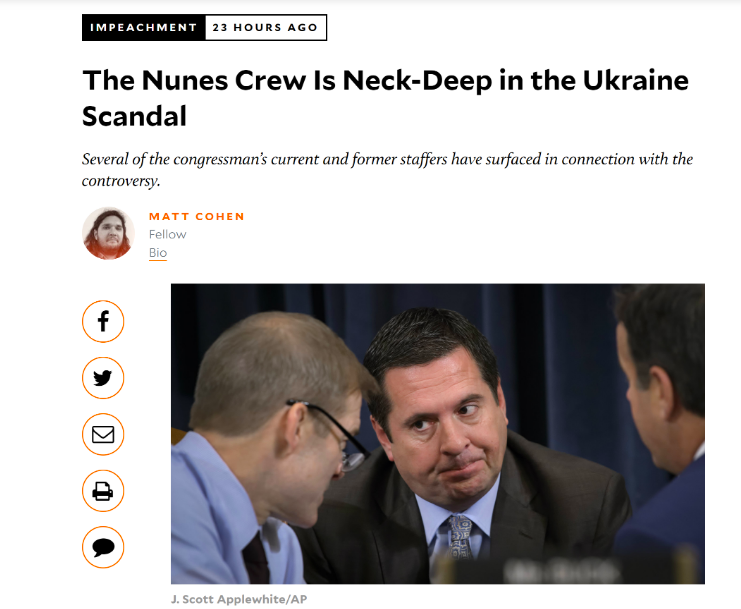 Similar to the Schiff photo and headline, here we have Nunes looking guilty, with a tense mouth, shifty eyes and head cocked to one side. The sensationalism in the headline matches this impression (“neck-deep” in “scandal.”)

Here’s another example from The Daily Beast: 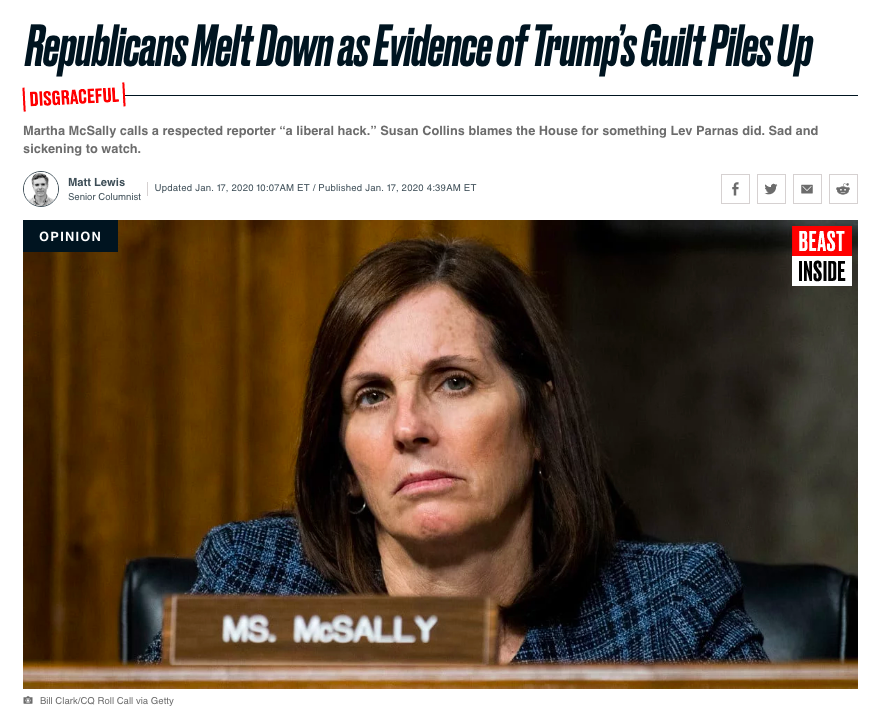 Headline: “Republicans Melt Down as Evidence of Trump’s Guilt Piles Up”

Here we have a photo of U.S. Senator Martha McSally (R - AZ) looking downtrodden and defeated. Coupled with the headline accusing Republicans of having a “melt down” over Trump’s “guilt,” The Daily Beast is displaying a clear bias.

Bias by photo is deceiving because it offers just one perspective. Perhaps McSally laughed right after the solemn-looking photo of her was snapped. Perhaps Schiff was darting his eyes in response to something else. These photos serve a simple purpose: to convince you of a specific perspective.

When reading the news, it’s important to get multiple angles on a story to avoid being manipulated and to decide what you think for yourself. This is not just true of headlines and written content, but of photos as well.