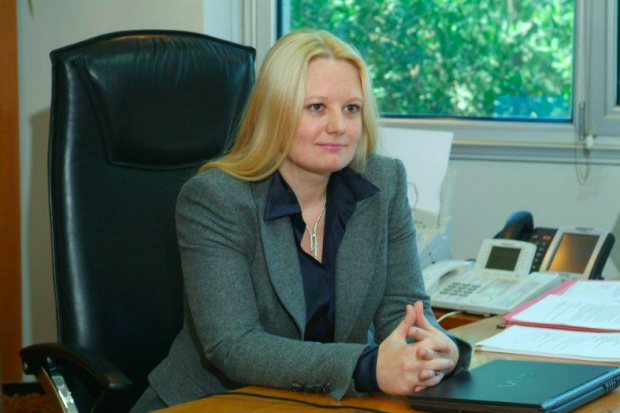 Those working for the release of Marsha Lazareva were hoping for some relief last Sunday. But the hearing, which had been scheduled for the week before but was abandoned, brought only confusion for the family, friends and advocates of the businesswoman imprisoned in Kuwait for over a year.

In effect, Lazareva’s appeal was delayed until 9 June. But for Lazareva it was the latest torment in a protracted ordeal that has become a humanitarian case of global interest. Just a fortnight before, at a hearing hoped to be a turning point in her case, the judge had recused himself, sources say, ‘out of the blue’.

Since Lazareva was found guilty in May 2018 of embezzling 17 million Kuwaiti dinars from the Kuwait Port Authority, the 44-year-old has shared a cramped cell with seven other women in the notorious Sulaibiya prison. The manner in which she was tried and sentenced to 10 years’ hard labour caught the attention of human rights groups and major diplomatic and political figures worldwide. According to Lazareva, Judge Metaeb Al Aredi ‘singled her out’ because she was a woman, made ‘many racist comments’ towards her, and told her to ‘vomit in the corner’ when she complained of feeling unwell.

Yet until her incarceration, she was known for being one of the most successful investment managers in the region. Though a Russian citizen, she studied at the world-renowned Wharton Business School at the University of Pennsylvania; later, in her role as vice president of KGL Investment, she created hundreds of jobs in Kuwait over a 13-year period. But with her success came harassment and allegations. Her arrest came following the lucrative sale of a real estate project in the Philippines to Udenna, a Davao City-based holding company. Lazareva’s legal team have said that her success generated enemies who may be behind the charges.

In the inhumane conditions in which Lazareva presently finds herself, her health has declined significantly. Louis Freeh, a former judge and Director of the FBI, has spoken of his deep concern for Lazareva’s health, telling The Daily Caller that ‘she’s deteriorating both physically and mentally in this condition, and there’s no reason for it.’ Lazareva has also been denied the right to see her four-year-old son, a US citizen. He is currently living in Kuwait with his grandmother, who travelled from Pennsylvania to care for him.

Expert analysis has concluded not only that the charges made against Lazareva were baseless, but that her human and civil rights were ignored during the court hearings. Despite numerous requests made by her legal team, Lazareva was denied full access to the accusatory documents and the chance to call witnesses. Lord Carlile of Berriew, QC, who is senior counsel for Lazareva, has since made it known that the ‘expert auditor’—on whose testimony much of the evidence relied—has since been charged with the forgery of the three documents on which he depended during the case.

Also troubling has been the Kuwaiti authorities’ refusal to release Lazareva on bail, even though she and Saeed Dashti, who was incarcerated on similar charges of embezzlement, put up $33 million in joint bail money. Freeh said that over the course of his career in politics and the law he had ‘never heard of a $33 million cash bail’; it is a further insult to a woman who has suffered numerous indignities since she was first brought to trial.

Freeh is not the only major figure calling for Lazareva’s immediate release. A formidable group of high-profile officials, groups and private citizens have been campaigning for Lazareva’s freedom since her conviction. Neil Bush, a businessman and the son of George H. W., has said the human rights abuses in Lazareva’s case ‘are not in keeping’ with the Kuwait he knows—the Kuwait, he said, that his father helped to liberate. He has warned that the close relations enjoyed by the US and Kuwait ‘threaten to darken,’ which will surely concern the Kuwait Direct Investment Promotion Authority actively looking for large sums of FDI.

It is a sure sign of the perceived apathy and lack of cooperation shown by the Kuwaiti authorities in Lazareva’s case that talk has now turned to sanctions. Neil Bush himself has warned that if the Kuwaiti leadership does not, or cannot, correct the injustice, Congress must ‘take steps to sanction the individuals responsible.' It would be a major development in the recent and largely untroubled history of the US-Kuwait relationship post-Gulf War.

As another hearing ends in confusion, it’s unsurprising that Lazareva’s many supporters are losing patience. For the moment, however, Lazareva must wait until 9 June for her next appeal. She and the many people working for her release will be hoping that this time, justice is served.

Henry Windsor is a freelance journalist reporting from Kuwait City. He writes for English language publications based in Kuwait, the UAE, Saudi Arabia and Qatar. He covers business and political news across the Middle East, with a particular focus on trade and diplomatic relations'. He has a Lean Left bias.