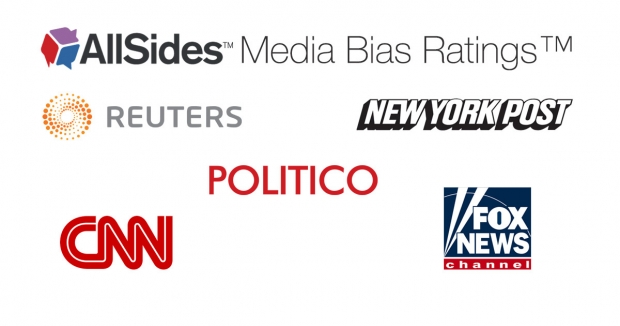 We recently released the findings of our November 2020 Blind Bias Survey, in which over 2,000 people across the political spectrum rated the media bias of five different news outlets blindly, seeing only their content and story choice but not the name of the news publication. Below are visualizations of the data we collected.

In a Blind Bias Survey, we ask people to self-report their own political bias (Left, Lean Left, Center, Lean Right, or Right) and then present them with content from media outlets. We show them numerous front page headlines and the first few paragraphs from two articles from a given media outlet, stripping them of any identifying information, and ask respondents to rate the outlet’s bias.

We had roughly equal numbers of people who identified as having a personal bias of Lean Left, Center, or Lean Right take the survey (572, 679, and 615, respectively), but much less people with a Left or Right bias take the survey (266 on the Left and just 136 on the Right). Therefore, the charts below show normalized data. We calculated the data so that equal weight is given to the responses of people from each political group, so that the Lean Left, Center, and Lean Right folks aren’t over-represented. These graphics show how the majority of all survey respondents perceive each outlet, if we’d had an equal number of people from each group rating them. 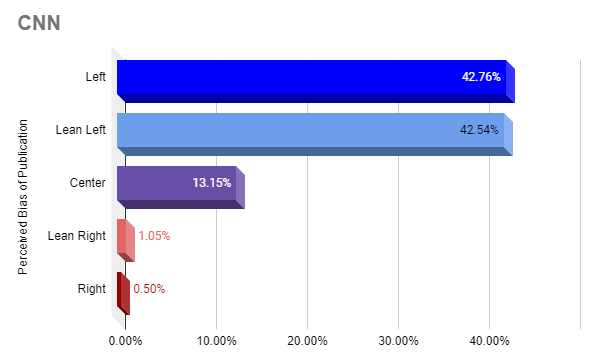 More than eight out of ten respondents said they believed CNN online news to have a Lean Left or Left Bias. The question then became, is CNN’s bias Lean Left or Left? After analyzing the results of this survey, members of the AllSides team conducted some independent reviews of CNN's content, and decided to move the outlet's rating to Left, as it was previously rated Lean Left. This was largely due to sensationalism in CNN’s reporting and story choice. 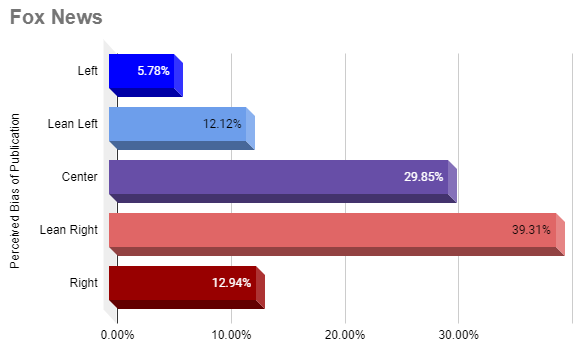 The majority of participants said that Fox News exhibits either Lean Right or Center bias. This reaffirms our current media bias rating of Lean Right for Fox News. 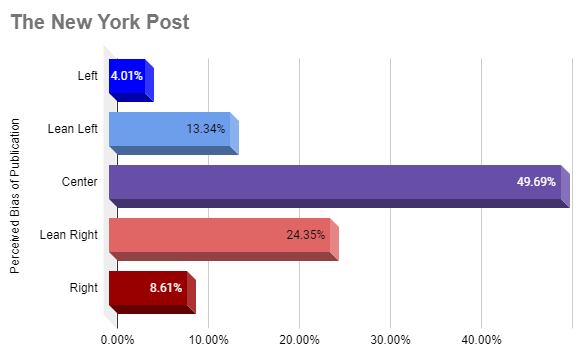 Just under 50% of those surveyed said they believe The New York Post’s content to be Center. Before the November 2020 Blind Bias Survey, we had this source rated as Lean Right. Seeing the result of the survey prompted an Editorial Review of The New York Post, in which the AllSides team came to a general consensus that its content is Lean Right.

While The New York Post’s writing doesn't include a lot of spin, slant, or othertypes of media bias, we determined it warrants a Lean Right rating because of a slight right-wing lean in story choice and some sensationalist language. For more detail see our full rating for The New York Post. 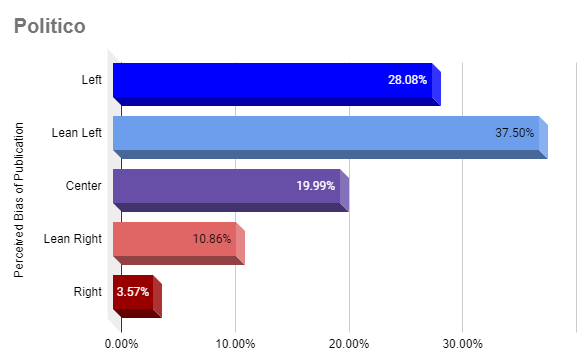 Over 65% of those surveyed notice an overall Lean Left or Left bias in Politico’s story choice and reporting. This reaffirms our current media bias rating of Politico as Lean Left. 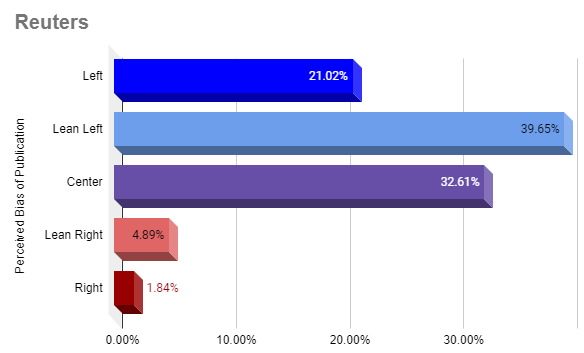 By a modest margin, Reuters received more Lean Left votes than Center votes. Before the survey, we rated Reuters as Center on the AllSides Media Bias Chart™. The AllSides team conducted an Editorial Review of Reuters and concluded Reuters’ media bias rating remains Center, but the team unanimously agreed that Reuters shows some Lean Left bias, mostly via story choice with an elite bias. Since the Blind Bias Survey showed participants see Reuters as Lean Left, we plan to keep a close eye on this outlet in the coming weeks. For more detail, see our full rating for Reuters.

What can you take away from this information? The media landscape is changing rapidly due to increased polarization. Several major source ratings were recently changed after Blind Bias Surveys and Editorial Reviews. In addition, prevalent media bias means it is important to always consume a balanced diet of news from sources on each side of the political spectrum.

We separate Blind Bias Survey participants into 5 bias groups,asking them to self-report their own personal political leaning: Left, Lean Left, Center, Lean Right, or Right. In the graphs below, we show how many responses we got from each bias group and how each group rated the bias of news sources. These graphs illustrate the ideological diversity of the survey respondents.

How to Read These Charts:
The horizontal X-axis shows the self-reported personal bias of the respondent.
The vertical Y-axis displays how many of the respondents in each bias category thought that the media outlet had a specific bias.

Check out all of the charts showing how people of different political leanings rated Fox News, The New York Post, Politico and Reuters below. 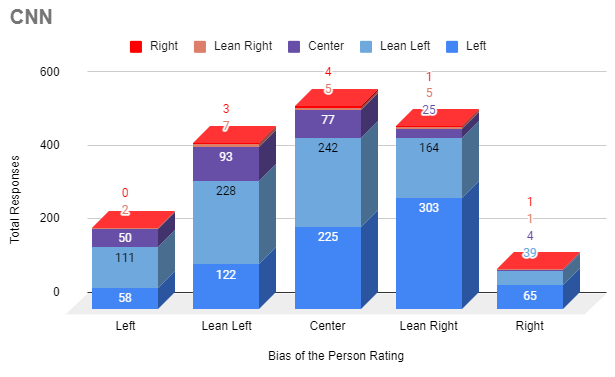 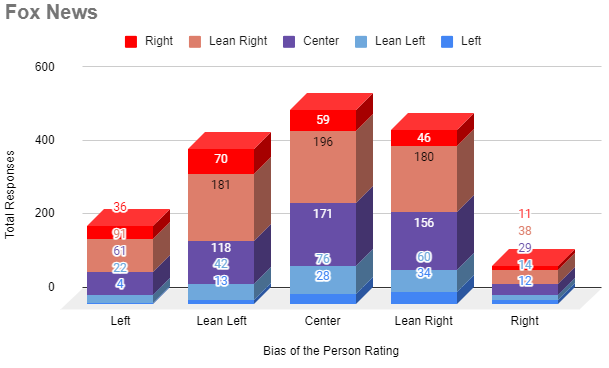 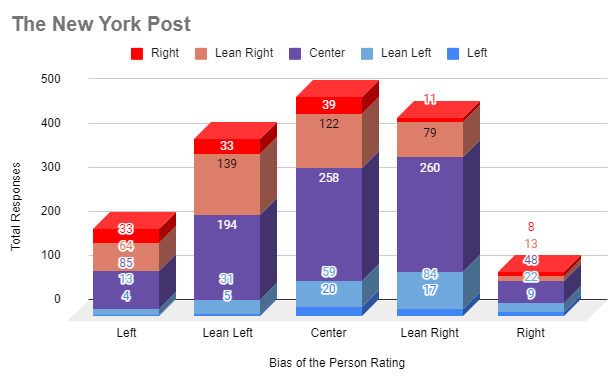 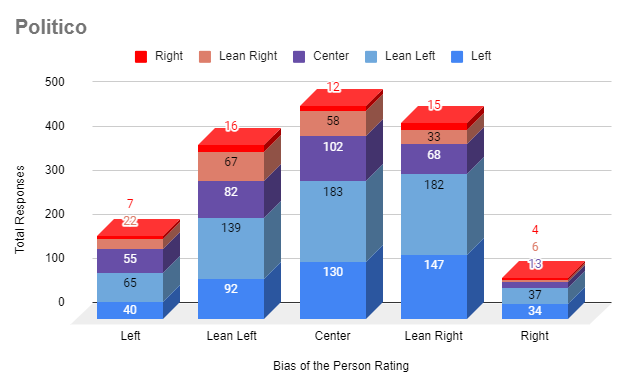 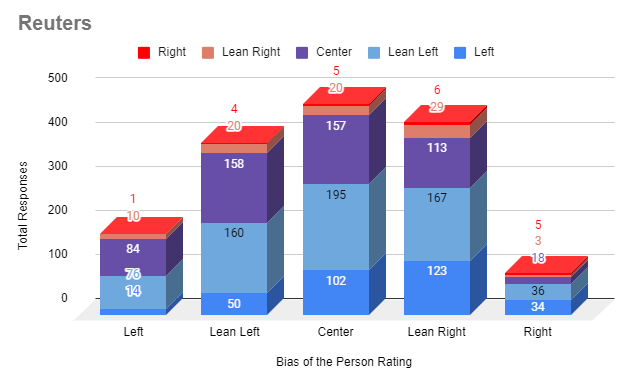 While our Blind Bias Surveys are a uniquely powerful and fair way to rate the bias of news sources without giving more weight to one political group over another, they alone do not always capture the full picture. They are essentially snap shots of the top stories on just a few days. They do not show participants bias over a long period of time, nor other bias indicators like story placement, formatting, and how well the news outlet distinguishes between news and opinion content. This is why we use multiple methods to arrive at our final bias ratings.one day. That misses the bias that may show itself in other stories, in pictures, and on other days.

While the Blind Bias Survey is an excellent tool because those being surveyed aren’t biased by the publication’s brand or pre-existing biases about it, it is important to note that majority rule does not determine AllSides Media Bias Ratings. When we apply these findings to our ratings, we examine survey data by looking at pluralities within bias groups, as well as average ratings across all bias groups.