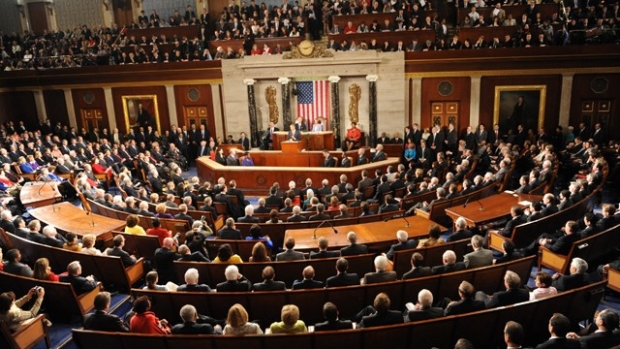 Maturity is one important lens for assessing progress in developing a healthier American democracy both in terms of competent citizenship and effective leadership. This post will comment on the importance of educating students through high school with this perspective in mind, referencing stages of maturity which reflect well established developmental science*. The next post will address the implications of these perspectives for higher education. In future posts, I will explore implications of maturity related to other societal issues in America.

STAGE ONE: The Manipulator

People who have a developmental center of gravity at what I will call Stage One maturity tend to be oriented primarily to personal power, self-aggrandizement and self-gratification. Such behavior is developmentally appropriate for a two-year-old.  A school yard bully is an example of a child who has not yet grown out of those qualities.  Electing leaders who reflect such regressive and narcissistic tendencies (a Stage One shadow) should be avoided because they tend to manipulate truth as needed and are first and foremost self-serving.

Stage Two maturity is oriented toward following the direction of strong authority and being loyal primarily to one’s own group such as one’s clique, race, religion or nation. It is important for students to be supported in developing Stage Two maturity in elementary school, because that is age appropriate.  Yet it is critical for as many of our children as possible to grow beyond Stage Two in high school and the rigid loyalties that remain limited to one’s group. Stage Two is the level of maturity that enabled pre-democratic societies to be led by absolutist authority figures for thousands of years, and today sustains autocrats - such as President Putin in Russia - on both the right and the left.  One must grow beyond Stage Two in order to achieve the capacity for responsible citizenship in a constitutional democratic republic. Leaders in the public sector who function at Stage Two are inherently dangerous because they are likely to be more committed to their group and national loyalties than to the universal principles that all constitutional democracies are grounded upon.  Their ethnocentric message gives implicit legitimization to even more extreme actors at this stage of development - such as blatant racists - to step forward with their horrific political ideas.

As Stage Three capacities come on line, they enable a person to think abstractly and more fully appreciate the universal principles upon which all democratic constitutions are grounded. Ironically, people with a Stage Three developmental center of gravity often tend to assert Stage Two loyalties with persuasive sophistication or in any case tend to assert highly ideological positions with great logical persuasion.  This is not a matter of IQ; one can be a brilliant “defender of the faith.”  They have a difficult time appreciating points of view other than their own, and tend to patronize or even sometimes demonize those who hold beliefs or positions other than their own.  For example, much of the paralysis in Congress reflects the dominance of such extreme partisanship, one sidedness and refusal to compromise to get things done. This is often touted as standing on principle, but it is a reflection of lack of maturity and capacity.

An ability and willingness to evaluate various perspectives and points of view relating to an issue and to make a principled, well-reasoned choice is a bottom line competence for contributing citizenship in a democratic society. These characteristics come naturally at Stage Four maturity.  An inherent challenge is that the developmental center of gravity of most students in high school tends to be in the range of Stages Two and Three.

With this in mind, we need all the help we can get to expose students to education, tools, culture and institutions which will support them in developing the commitment and habituation, and ultimately the inherent maturity, to be oriented to review various points of view and to assess alternatives in a rational and principled manner. Otherwise, many if not most students graduate from high school with proclivities which do not lend themselves to healthy and contributing citizenship.

AllSides supports students – and the rest of us – to learn to function minimally at Stage Four.  With media bias at a high in recent years, most of us are enveloped in a media filter bubble which confirms our own biases.  Consuming news coverage across the political spectrum helps us become informed about other points of view and encourages everyone to interact with mutual respect and civility - prerequisites for a healthy democratic republic.

STAGE FIVE: The Listener and Collaborator

Stage Five maturity includes important additional capacities for an even more mature, effective and healthier democratic society: the interrelated tendencies to listen deeply to one another, to demonstrate critical thinking and to collaborate effectively. America and all democracies desperately need a critical mass of citizens and particularly leaders to exhibit these capacities in order to have any real hope of successfully addressing the increasingly complex challenges of the 21st century.  Only around 25% of adults in developed countries are at a Stage 5 developmental center of gravity or higher.  Yet with training, resources and tools, as well as reinforcing culture and institutions which support and habituate such qualities, our youth can graduate from high school modeling these approaches, giving them a head start and impetus to fully mature.

AllSides has collaborated with another program called Living Room Conversations (See www.livingroomconversations.org) to integrate these Stage 5 qualities into training resources for schools.  The Living Room Conversation program provides an elegantly simple model with just a few guidelines which enable any small group to come together to have rich and respectful conversation regarding virtually any difficult topic.  By combining AllSides resources and tools with the Living Room Conversation model, schools have an unmatched resource to support our youth in learning to act thoughtfully and effectively throughout their lives, thus helping to realize a more mature democracy in the coming decades.

*The six stages of maturity above are correlated with the following stages designations used by both Suzanne Cook-Greuter PhD and Terri O”Fallon PhD in their respective human development scoring systems as follows: Stage One = 1.5; Stage Two = 2.5; Stage Three = 3.0; Stage Four = 3.5; Stage Five = 4.0. The author is certified in evaluating people through Dr. O’Fallon’s STAGES model of human development.