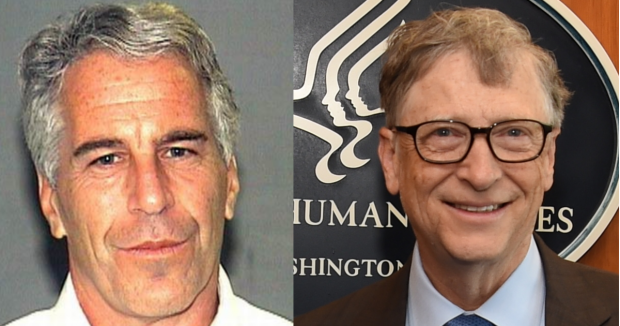 Amid news of Bill and Melinda Gates getting a divorce, rumors are swirling about Bill’s connections to convicted sex offender and high-profile financier Jeffrey Epstein.

The two met multiple times, with Gates even flying once on Epstein’s private plane. While this fact has invited tons of speculation, there’s no explicit evidence of Gates flying to Epstein’s infamous private island or engaging in sex acts with minors.

Let’s break down the rest of the facts, myths and rumors about the relationship between Bill Gates and Jeffrey Epstein:

Private Meetings Between Epstein and Gates

In 2019, Gates told the Wall Street Journal (Center bias) that he “didn’t have any business relationship or friendship with” Epstein. After that, multiple reports emerged of Epstein and Gates maintaining a relationship, as philanthropists and as friends, between 2011 and 2014.

The New York Times (Lean Left) reported that Gates and Esptein met multiple times, including at least three times at Epstein’s townhouse in the Upper East Side of Manhattan. Gates reportedly emailed colleagues after one such meeting there, saying, “A very attractive Swedish woman and her daughter dropped by and I ended up staying there quite late.”

Anonymous sources cited by the Daily Beast (Left) say that during these hangouts, Gates complained about his marriage to Esptein, who advised him to end it. The Beast also reported that Melinda was “furious” about Gates’ relationship with Epstein after one of their meetings in 2013.

At times, these meetings were reportedly facilitated by shared associates of the two men.

“Two members of Mr. Gates’s inner circle — Boris Nikolic and Melanie Walker — were close to Mr. Epstein and at times functioned as intermediaries between the two men,” said the Times report, which is based on interviews with a Gates spokesperson, over a dozen anonymous sources, and reviews of documents and emails.

Nikolic, who describes himself as a former “chief advisor for science and technology to Bill Gates,” was named in Epstein’s will. The will lists Nikolic as a “successor executor,” the person who would assume control of Epstein’s estate if the two other named executors do not; Nikolic said he was not expecting to be included.

Philanthropy Between Epstein and Gates

Gates maintains that his meetings with Epstein were in pursuit of investments in charities connected to the Bill and Melinda Gates Foundation. "I made a mistake in judgment in thinking those discussions would go to global health ... that money never appeared," Gates said in 2019. "And I gave him the benefit of my association.”

In 2014, Gates donated $2 million to the Massachusetts Institute of Technology’s Media Lab. The Times reports that “university officials described the gift in internal emails as having been ‘directed’ by Mr. Epstein.” Gates’ spokesperson told the Times, “There was no intention, nor explicit ask, for the funding to be controlled in any manner by Epstein.”

After that, there are no other reports of in-person meetings or direct communication between Gates and Epstein. The Times says “at least two senior Gates Foundation officials maintained contacts with Mr. Epstein until late 2017.”

An anonymous former Gates Foundation employee quoted by the Daily Beast said Gates was using Epstein “so he could get the Nobel Peace Prize.”

Yes — but not to Epstein’s private island, Little St. James, where Epstein is suspected of committing sex crimes involving minors.

Epstein flight logs unsealed in court last year show no evidence that Gates went to Esptein’s private island. He did fly on Esptein’s plane once in 2013 from Teterboro Airport, in New Jersey, to Palm Beach International Airport in Florida. A spokesperson for Gates said he wasn’t aware that it was Epstein’s plane.

There is no evidence of or allegations against Gates for sexual misconduct with minors, as Epstein has become infamous for.

Gates did step down from Microsoft’s board last year as other board members investigated a “prior romantic relationship with a female Microsoft employee that was deemed inappropriate,” according to the Wall Street Journal. A Gates spokesperson told the Journal last week that “there was an affair almost 20 years ago which ended amicably.” There are no criminal charges or accusations surrounding this.

Look to AllSides whenever there’s a complicated story involving a multitude of rumors. And if we haven’t covered it in our balanced newsfeed, then use our Balanced Search tool to see results from left, right and center.

Henry A. Brechter is AllSides’ Managing Editor. He has a Center bias.