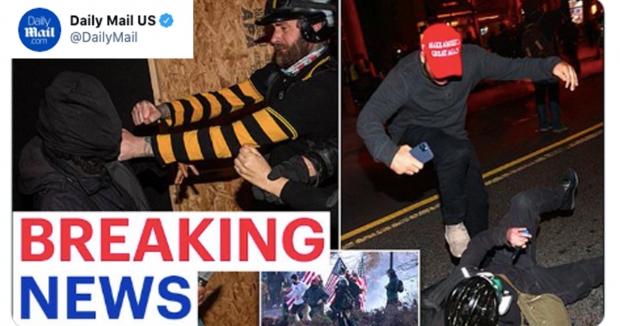 A photo The Daily Mail (Right bias) shared on social media appeared to give a distorted view of a stabbing incident that occurred during a brawl between Proud Boys and Antifa/Black Lives Matter (BLM) demonstrators in Washington, D.C. on Saturday. But was it an intentional case of media bias?

Below is the photo of the incident that the Daily Mail tweeted to accompany its article. It shows a man in yellow, which the Daily Mail identified as a Proud Boys member, punching a man in black, which The Post Millennial (Lean Right) identified as part of Antifa. The image has the words “Breaking News” superimposed in the lower left corner, obscuring that the man being punched is holding a knife: 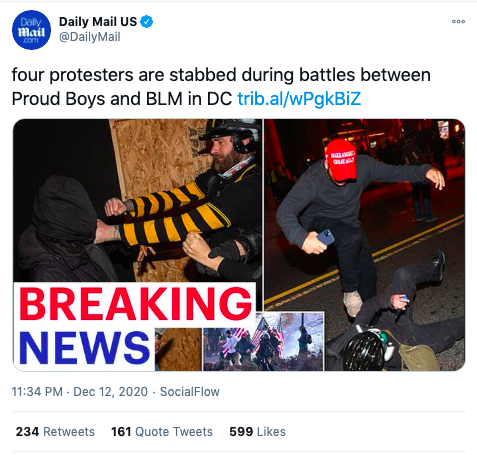 The knife can be seen in the original photo without text, which the Daily Mail included in the body of its article: 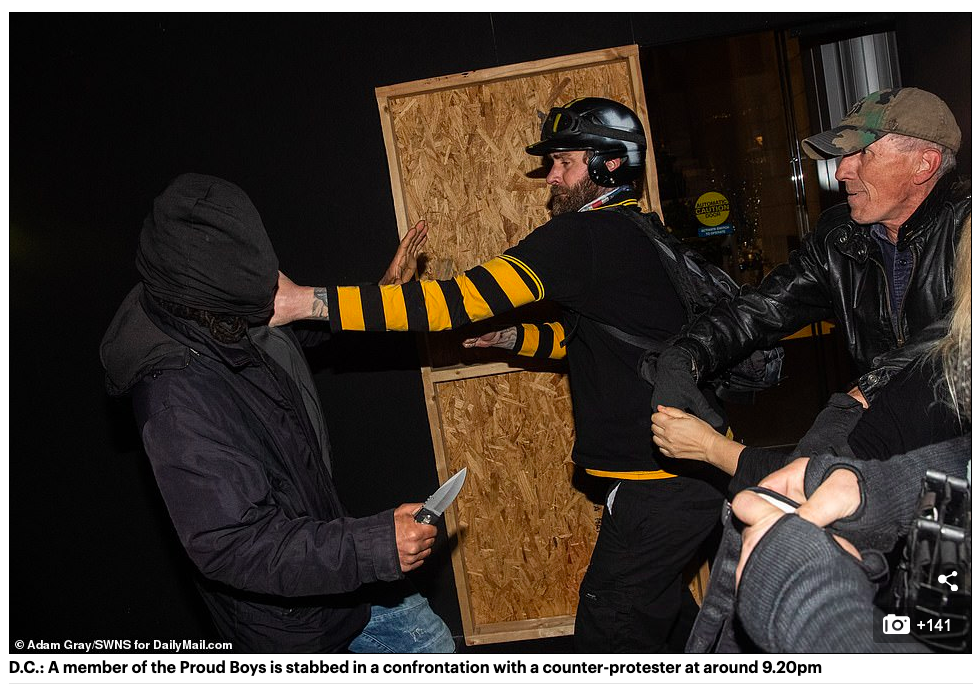 Media bias by photo occurs when pictures are used to shape the perception, emotions or takeaways a reader will have regarding a person or event. Bias by photo can be done either deliberately or unintentionally. While some on Twitter seemed to speculate the Daily Mail was guilty of intentional bias, that may not be the case. The Daily Mail regularly superimposes the text “Breaking News” in the lower left corner of its Twitter images: see two other examples here and here. Still, someone who looks only at the tweeted image would come away with a distorted view of what happened.

Video reported by The Post Millennial appears to show the man in black being assaulted after allegedly stabbing two people, including the man seen throwing the punch in the photo above. The Daily Mail included a photo of the Proud Boys member being treated for his wound: 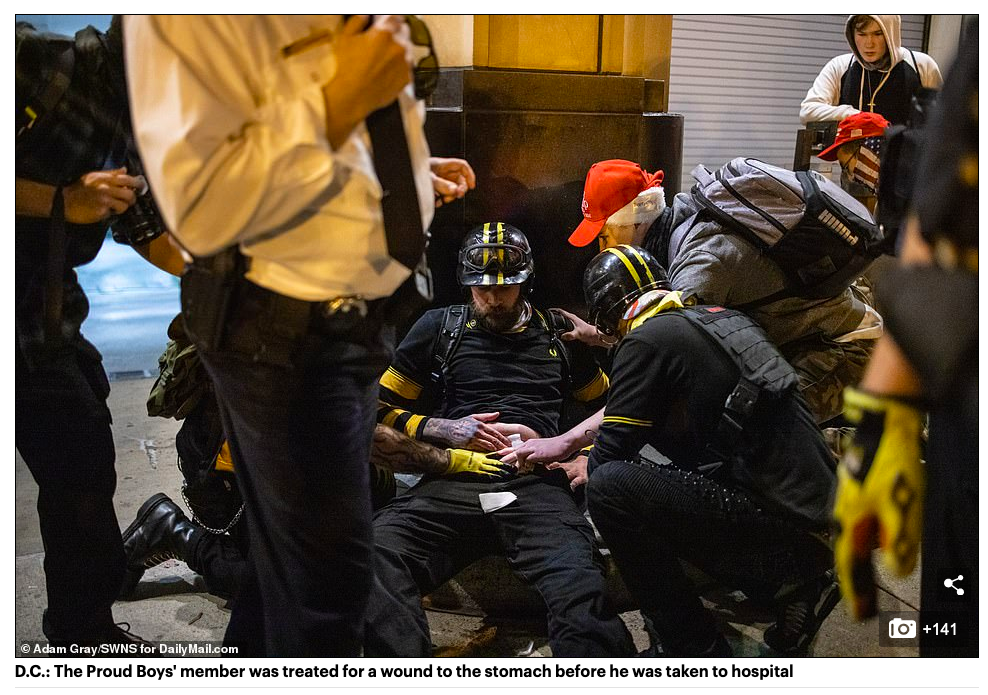 It's possible The Daily Mail did not deliberately cover up the knife in its Twitter picture, and was just following its graphic design formula. Still, some pointed out that the image seemed to paint the Proud Boys as the “true” aggressors. Perhaps this reveals a bias toward distrusting the media — which makes sense, considering we've seen media outlets display bias in the past, perhaps especially when it comes to protestors, obscuring or framing things unfairly in order to paint a certain picture of who is the "good guy" and who is the "bad guy." Some shared this meme illustrating how the media can selectively frame events: 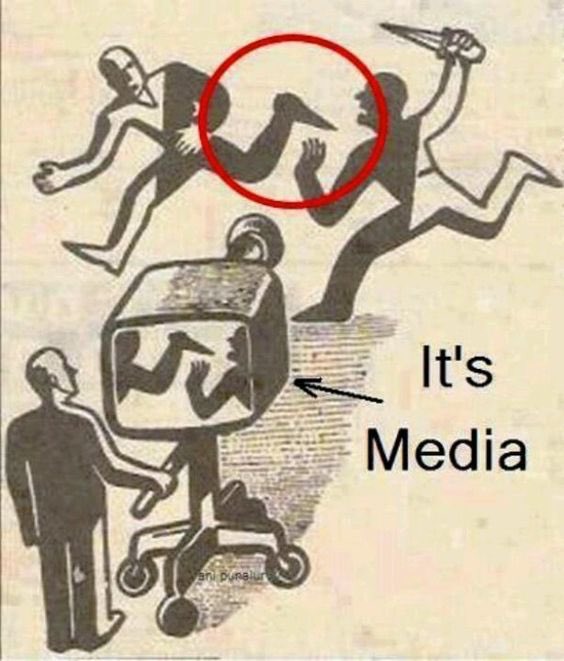 In addition, The Daily Mail is a tabloid and has been accused of being biased toward sensationalism, a type of media bias in which events are painted as shocking or dramatic. Often that includes a focus on crime stories. It’s also possible the Mail obscured the knife because it was seeking to avoid violating Twitter community guidelines about violent content. Just as it’s true that often we can only speculate about what really happened at an event, often we can only speculate about why editorial decisions were made.

As for the event itself, there was plenty of violence that occurred, but we can’t know for sure what preceded this particular incident. Was the Proud Boys member acting strictly in self-defense? Did the Antifa demonstrator pull his knife unprovoked, or was he provoked? Were both parties equally aggressive from the get-go? Your perception of these two groups may lead you to speculate that you know the answers to these questions, but ultimately this is something for a court of law to work out.

Photos can certainly shape or distort public perception. This is a good example of how the media can prevent us from getting the full picture — in this case, literally.