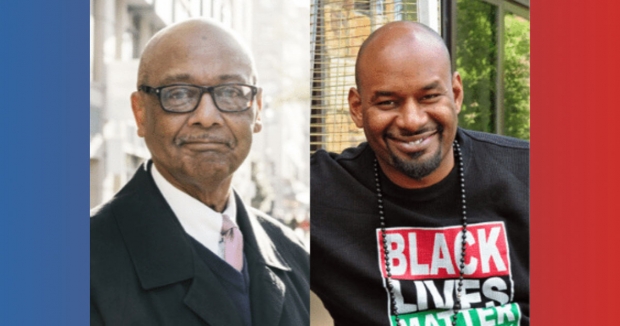 Braver Angels 2020 brings you a conversation like few others.

Bob Woodson and Hawk Newsome are among the most important voices in black America today, but their politics couldn't be any more different on the surface.

Hawk Newsome is the chairman and former president of Black Lives Matter of Greater New York.

Bob Woodson advised the Reagan administration, the Bush administration and is a veteran of the Civil Rights Movement of the 1960's. Woodson is an independent black conservative and frequent Fox News contributor while Newsome is considered one of the most radical voices in today's social justice movement.

Both men have fought their way up from modest beginnings to become leading voices in the conversation over racism and the future of black America.

Newsome and Woodson collide in spectacular fashion in a conversation that is at times explosive and at times converges in profound agreement. John Wood, Jr. moderates as Newsome and Woodson represent the wide range of social, political and generational perspectives of the Civil Rights Movement, addressing black history, racism, the future of black America and their own striking life experiences. This back and forth that is guaranteed to give you an understanding of the range and depth of black perspectives in America that you did not have before.

This conversation is brought to you as a part of Braver Angels 2020. Learn more and get involved at www.braverangels.org.