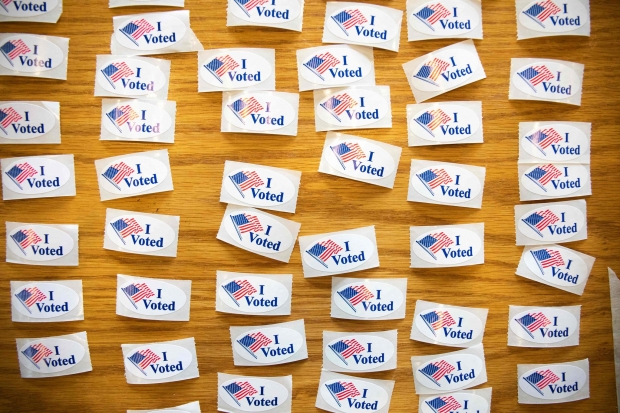 Fresh off a rejuvenating primary win in South Carolina on Saturday, former Vice President Joe Biden won 10 of 14 states on Super Tuesday 2020, cementing himself as an apparent frontrunner for the Democratic nomination alongside Senator Bernie Sanders (I-VT).

Biden's surge was coupled with a weaker-than-expected showing from Sanders, as well as dismal voter turnout for Sen. Elizabeth Warren (D-MA) and Michael Bloomberg, who both suspended their campaigns in the following days (Bloomberg endorsed Biden). Businessman Tom Steyer, Sen. Amy Klobuchar (D-MN) and former South Bend, Indiana mayor Pete Buttigieg all dropped their campaigns in the run-up to Tuesday, with the latter two also endorsing the former VP.

Media coverage focused on Biden's success, weak Super Tuesday performances (both from presidential and local candidates) and resistance to nominating Sanders from the Democratic party's moderate wing. Other coverage leading up to Tuesday concentrated on election security and potential voter fraud.

Beyond Left v. Right: 14 Types of Ideological Bias: Just because someone (or a media outlet) has a left or right bias doesn't mean you can predict their views on all issues. Politics today is often about where your bias stands when it comes to issues like authority versus liberty, nationalism versus globalism, and more. Learn about 14 types of ideological bias.

Looking for balanced news on each and every issue?: Your search stops here — AllSides has unique Topics pages for all of the day's most pressing stories, from immigration to the environment and everything in between.

Biden’s Delegate Lead Is Small, but Could Be Hard to Overcome

"Mr. Biden largely swept the Eastern half of the country, where most of the delegates awarded after Super Tuesday are at stake. And in many states, Mr. Sanders was able to forestall greater defeats only because of the large number of early voters who cast their ballots before the South Carolina race, when the party’s moderate voters were still divided. He will no longer have that advantage."

"Mr. Sanders now needs around 57 percent of the remaining delegates to claim a majority. To pull it off, he would need to post decisive victories in states he would have almost certainly lost if they had voted on Super Tuesday. He would probably need the race to fundamentally change in the coming weeks, as it has before."

Trump shifts his attention to surging Biden, lays off Sanders

"With Biden suddenly vaulting to the front of the Democratic pack with his array of Super Tuesday wins, Republicans are intensifying their attacks on the 77-year-old former vice president. It represents a dramatic reversal: As late as last week, many in Trump’s circle were certain that Sanders would be their general election opponent and had all but written off Biden."

"The assault on Biden is partly focused on personal matters. As the results came in Tuesday evening, the Trump political apparatus amplified a message that Trump voiced at a rally earlier in the week — that Biden’s mental faculties are diminished. The Trump campaign posted a video to its Twitter account showing Biden appearing to confuse his wife and sister during a Super Tuesday rally."

The Establishment Strikes Back

Analysis in the Atlantic

"Beating President Donald Trump is a powerful motivator for Democrats. In fact, 60 percent of Democrats, when asked whether they would prefer a candidate who agrees with them on almost all issues or one who had the best chance of beating the president, said they would prefer the candidate who would defeat Trump, according to a November Gallup poll."

"...the biggest victim of Biden’s surge was undoubtedly Sanders, who entered the night hoping to capture a clear plurality of delegates that would be difficult for Biden or any other candidate to match in the coming weeks. Instead, it was Biden who topped Sanders in state after state. Sanders was left looking to California, where he had held a big lead in the polls and where many Democrats had already cast early votes."

"The next tests for the candidates will come Tuesday, when voters in Idaho, Michigan, Mississippi, Missouri, North Dakota and Washington state — head to the polls, and on St. Patrick’s Day, March 17, when Arizona, Florida, Illinois and Ohio have their chance to vote. Georgia will hold its primary on March 24."

"With the former vice president now effectively in a one-on-one race with Vermont Sen. Bernie Sanders for the Democratic presidential nomination, the younger Biden's absence was conspicuous. Hunter Biden's business dealings in Ukraine were part of the fact set in President Trump's impeachment. And unlike Joe Biden's late son Beau, a Delaware attorney general, Hunter's name is almost never mentioned on the campaign trail."

"As pressure mounts back on the Biden family, it's also entirely possible that it could have a real impact on the Democratic primary, which is far from over. For months, Sanders has tried taking the mantle of electability from Biden. The longer the primary gets drawn out, anxieties from Democratic voters about a bruised front-runner will only increase. It remains unlikely that Sanders, who has been criticized by supporters for not being tough enough on Biden, will directly mention the issues surrounding Hunter Biden."

"Despite Sanders' socialist declarations, the realities that would result under him or under Biden are barely distinguishable. The country is already well down the path to socialism. And without major reforms to take things in a different direction, it will only become more so. The saying popularized by Karl Marx, summing up the ethos of communism, was, "From each according to his ability, to each according to his needs." That is, those with political power get the final say regarding who has what."

"The difference between socialism and charity is that the latter is voluntary, individualized and motivated by personal caring. Charity aims to lift up the unfortunate and usually originates with people of faith. Socialism is an atheistic institutionalized system that pretends to solve human challenges through politics. It's why, in the end, it destroys the human spirit. This is the real problem in our poor communities. So Bernie or Joe? There's little difference."

"After a brutal February for Biden, black voters throughout the South transformed Biden’s White House bid over the course of three days. A back-of-the-pack operation surged to front-runner status powered by support from black voters, starting with Biden’s commanding win Saturday in South Carolina and coming into full focus on Super Tuesday as he racked up wins in Virginia, North Carolina, Alabama and Tennessee."

"The former vice president’s success also poses warning signs for Sanders. The Vermont senator’s 2016 presidential campaign was unsuccessful in part because he couldn’t line up enough support from black voters in the South to win the Democratic nomination. Since 2016, Sanders has focused on building relationships with black leaders and voters. He frequently speaks of a multiracial coalition that will help him win the nomination and the White House. But Tuesday’s results — combined with his distant second-place finish in South Carolina — suggest he could face similar challenges in 2020."

"Young voters cheer Bernie Sanders' anti-establishment message. They turn out in throngs at his rallies. And they form the core of his grassroots efforts to win the Democratic presidential nomination. But their fiery passion did not translate into the robust turnout he needed on Super Tuesday to win a number of key states, notably in the South where a strong showing by Joe Biden has made the nomination contest a two-person race, especially now that former New York Mayor Michael Bloomberg has dropped out of the race and endorsed Biden."

"The lackluster showing is sure to fire up the long-standing assessments of election experts who say young voters’ energy rarely matches their turnout on Election Day. It also undercuts Sanders’ argument that he is best suited to defeat President Donald Trump in November."

"...it looked like Super Tuesday was going to break down along regional lines, with Biden winning the Southern states and Sanders winning those in the North and West. Biden certainly held up his end of the bargain: Our model gave Biden a 2 in 3 chance or better of winning the six Southern states of Alabama, Arkansas, North Carolina, Oklahoma, Tennessee and Virginia — and he carried all six by double digits. In fact, he exceeded our already-lofty expectations in these states. For example, our average forecast in Virginia put Biden at 43 percent of the vote and Sanders at 23 percent; Biden got 53 percent in real life and Sanders 23 percent. And in Alabama, we forecasted that Biden would beat Sanders 44 percent to 21 percent, on average; the final results were Biden 63 percent, Sanders 17 percent."