Court watchers and the media alike have observed a split between Supreme Court justices in the court's first abortion-related case in the Trump appointee era. While the youngest member of the court, Justice Brett Kavanaugh, asked questions during a Wednesday hearing, his Trump-appointed counterpart Neil Gorsuch reportedly remained silent. The case, which apparently may be decided by Chief Justice John Roberts' vote, involves abortion regulations in Louisiana requiring doctors performing abortions to have admitting privileges at hospitals. It was estimated in a prior ruling that only three abortion clinics in Louisiana would remain open had the law stayed in effect.

From the Left
280
Abortion
The Supreme Court Is Hearing a New Case on Abortion. The Decision Could Impact Women for a Generation
Time Magazine 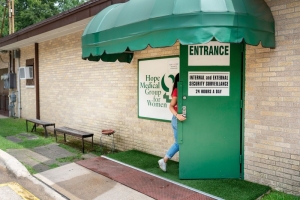 Kathaleen Pittman likes to leave the door of her office at Hope Medical Group for Women open at the end of the day. That way she can watch patients leave after their abortions, and absorb the palpable sense of relief in the clinic’s hallways. “Being able to see them before the procedure, after the procedure, and just have them say how grateful they are that they were able to make it in when they did, that just can make all the difference in the world,” Pittman says. “Aside from the... 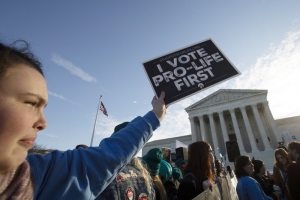 Roberts did not say enough to tip his hand in an hour of spirited arguments at the high court Wednesday.

The court’s election-year look at a Louisiana dispute could reveal how willing the more conservative court is to roll back abortion rights. A decision should come by late June.

The outcome could have huge consequences at a time when several states have...

Justice Brett Kavanaugh signaled that he is open to state-level abortion restrictions in a high-profile Supreme Court hearing Wednesday.

Kavanaugh questioned whether it was burdensome for Louisiana to make abortion doctors get permission to check patients into nearby hospitals...

Planned Parenthood responded Wednesday to criticism from rapper and presidential candidate Kanye West, saying that “any insinuation that abortion is black...

Kanye West's recent bombshell interview with Forbes magazine, in which he announced a presidential bid, turned his back on President Trump and criticized Joe...

The Twitter official overseeing the tech company’s efforts to combat misinformation is a left-wing partisan who in the past has derided President Donald Trump...