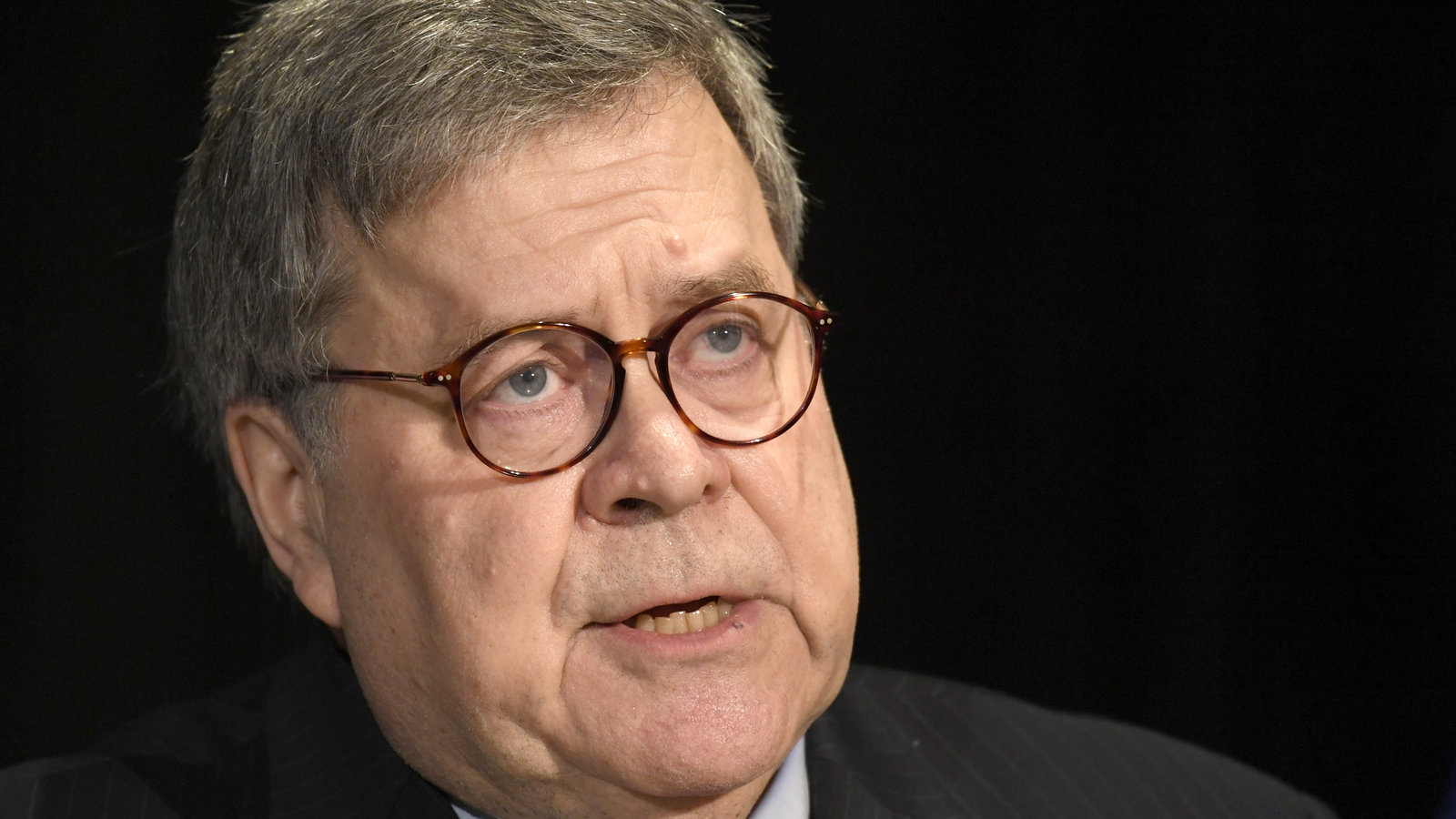 Attorney General William Barr has recently been the center of controversy, following several disputed decisions by the Justice Department and a disagreement about social media between President Donald Trump and Barr, the nation's chief law enforcement official.

Public controversy began when the DOJ reduced the original sentencing recommendation for former Trump adviser Roger Stone last week, prompting federal prosecutors on the case to quit and over 1,000 former DOJ staffers to call for Barr's resignation. As the president continued to express opinions on Twitter throughout the process, Barr told ABC News in an interview that his job is made "impossible" by Trump's social media use.

Media coverage focused largely on the purported clashes between Trump and Barr, and the possibility that Barr could resign his position.

Check out some other big stories this week: President Trump Commutes Blagojevich's Prison Sentence; Andrew Yang Joins CNN as Contributor; and President Trump and Barack Obama Spar Over Who Gets Credit for a Strong Economy.

Two outlets, two different narratives: :A recent height comparison of U.S. politicians spurred an example of media bias, differing narratives on either side of the party line, and a journalistic laziness that, when sanctioned, can cater to misinformation.

Help AllSides rate media bias by taking our Blind Bias survey!: You'll be asked to assess whether you think content is biased to the left, center or right. The catch? You can't see where it came from. Try it out — it should take roughly five minutes.

"Attorney General William Barr has told people close to him that he has considered resigning over his growing frustration with President Trump and the president's public statements about the Justice Department and its ongoing cases, an administration official tells NPR. It is unclear whether the attorney general ever informed the president he was considering quitting, and for now, Barr remains at the department's helm. A spokeswoman says he has "no plans to resign.""

"The differences between Trump and Barr came into focus again this week when the president tweeted that the case against his ally Roger Stone and others stemming from special counsel Robert Mueller's investigation into Russian interference in the 2016 election "should be thrown out." Stone was convicted of lying to Congress, witness intimidation and other charges."

"The response was unusual for Trump, who rarely shies from punching back against those who criticize him – even if those people are members of his Cabinet. Barr, in an interview with ABC last week, suggested the president should stop weighing in with his thoughts on criminal cases handled by the Justice Department."

In defense of William Barr

Jonathan Turley for the Hill

"More than 1,100 former Justice Department officials are calling on Barr to resign due to allegations of political interference. Notably, in expressing alarm over the threat to professional ethics, these lawyers did not feel it was necessary to learn critical details about the underlying controversy before warning of “future abuses” and “unlawful orders.” They show the same lack of interest in a fair process they accuse Barr of committing."

"There are good faith reasons to question a Justice Department process that led to the resignation of multiple prosecutors after the lowering of a recommended sentence for a friend of the president. There also stands a legitimate question of why it was necessary to intervene in this particular case over a sentencing recommendation. However, there are reasons to be skeptical of the portrayals of a Justice Department commissariat slavishly carrying out orders by the president."

Trump takes up call for Barr to 'clean house' at Justice Dept.

"With a series of retweets, Mr. Trump appeared to embrace the suggestion that Attorney General William P. Barr “clean shop” at the department. And the president promoted the idea of naming a special counsel to investigate what Tom Fitton, the head of the conservative nonprofit Judicial Watch, described as a “seditious conspiracy” at the department and the F.B.I."

"A day earlier, Mr. Barr was, according to some of his associates, considering a different sort of shop cleaning: If his boss did not stop meddling with Justice Department investigations, he was said to be considering his own future."

The fall of the DOJ

"This entire weaponization of DOJ investigations, prosecutions, and sentences to punish perceived enemies and to reward loyal factotums is a threat to the rule of law in America. Every judge and every lawyer in the country understands this intuitively. Despite Barr’s insistence, the ominous fault line isn’t between the president’s tweeted threats at the sentencing judge in the Stone trial and his silence. The real fault line is between what has happened, in the aggregate, on Barr’s cheerful watch—the Department of Justice has become another corner of the government that protects not the rule of law but this president, and not just this specific president, but this specific kind of president, the kind who believes himself immune to legal accountability. "

"People close to Barr said the attorney general has been frustrated with Trump’s statements for months, telling the president to rein them in and enlisting White House counsel Pat Cipollone and others to reinforce the message. Barr’s patience is not infinite, the attorney’s general’s associates emphasized, without specifying just what he would do in response. Still, they insisted the DOJ chief is not on the verge of quitting — yet."

"As Trump’s political schedule ramps up in the coming months, the chief risk for Barr may be that the president decides to make railing against prosecutors, judges and even jurors a staple of his campaign stump speech, delving into the topic again and again. But to really put the attorney general in an excruciating fix, those attacks would have to coincide with Barr’s efforts to exert control over the department — a perfect storm that occurred last week, but that might not be whipped up to the same degree again before the election."

"Whether the leak suggests that Barr is reaching his breaking point or is just pushing back against his boss, the press is playing this as a high-noon showdown. After the AG said Trump’s constant tweets about Justice Department cases was making it “impossible” for him to do his job, the president tweeted again, pushing for a new trial for his convicted pal Roger Stone. (Barr’s department argued the opposite in court.)"

"It’s certainly fair game to criticize Trump for going outside the DOJ system and relying on friends and allies of those convicted. But the tone is out of proportion considering that other presidents have used (or abused) that constitutional power."

"Can the republic survive Attorney General William Barr? That’s the question that has seized the media and center-left, which have worked themselves into a full-blown panic over an attorney general who is, inarguably, a serious legal figure and one of the adults in the room late in President Trump’s first term."

"It’s no wonder that Barr has a poorly disguised contempt for his critics, many of whom are so inflamed by their opposition to Trump that they’ve lost any sense of standards. In a peppery speech to a Federalist Society conference last year that is now one of the counts against him, Barr rightly warned that “it is the Left that is engaged in a systematic shredding of norms and the undermining of the rule of law.” At the end of the day, they really don’t want Trump to have an attorney general, but that’s not going to happen. If they force Barr out — or more likely, Trump’s continued tweeting pushes him over the edge — they’ll miss him when he’s gone."

"Stars including Alyssa Milano, Mark Ruffalo, Rosie O’Donnell, and John Leguizamo are encouraging their social media followers to sign a petition that accuses Barr of misleading the public about the contents of the Mueller report and making false statements to Congress."

"Their demands echo those of Democratic presidential candidates, including Joe Biden and Elizabeth Warren, who are also seeking Barr’s resignation from office. Republicans are calling the coordinated attack a political hit job designed to weaken President Donald Trump and to prevent Barr from investigating the origins of the Russia collusion hoax. The Obama-aligned group Protect Democracy has also launched a media offensive against Barr, telling news outlets that more than 2,000 former Department of Justice officials are calling for Barr to step down."