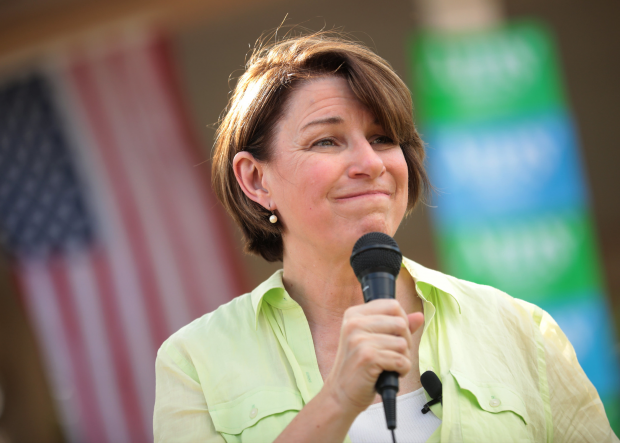 A recent height comparison of U.S. politicians spurred the latest example of media bias, differing narratives on either side of the party line, and a journalistic laziness that, when sanctioned, can cater to misinformation.

“I am the only one that is truly 5-foot-4,” Klobuchar said, met by audience laughter.

“Exactly! … There is a president that was 5-foot-4. Jefferson,” Klobuchar responded.

Thomas Jefferson was in fact 6-foot-2. James Madison, another founding father, was 5-foot-4, a tidbit Klobuchar has hit on when noting her physical height during debates.

Whether it was a joke, a misstatement or some combination of both wasn’t immediately clear. In media coverage, interpretations depended largely on which side of the political fence media outlets fell on.

Here’s how it was covered in the New York Daily News, which AllSides rates as Left:

“Amy Klobuchar is standing tall — but not that tall. The rising star Democratic presidential candidate joked about her height during a discussion about President Trump’s sophomoric effort to belittle Michael Bloomberg as too short,” wrote Dave Goldiner of the Daily News.

Goldiner continues by noting praise Klobuchar has reportedly received for “her sense of humor at debates and on the campaign trail,” also mentioning that “Maher was apparently confusing Jefferson, who stood a towering 6-foot-2, with James Madison … and Klobuchar didn’t correct him.”

He goes on to describe a rift between Klobuchar and Trump, including a quote in which Klobuchar poked fun at the president’s hair.

Schultz went onto label the remark a “blunder” and a “gaffe” throughout the story, also relating it to Klobuchar’s recent failure to name Mexico’s president in a Telemundo interview. Klobuchar’s strong performance in the New Hampshire primary was described later in the piece.

As harmless as the subject matter is, both articles showcase media bias and a growing issue with online news reporting. Due either to a rush to publish, a lack of editorial oversight, a politically-charged agenda, a premium on user engagement over accuracy or some combination of all, journalists applied their own personal interpretation to the event instead of following up to clarify the statements.

While the Daily News initially frames it as a joking exchange and attributes a misstatement to Maher, the article quickly takes on a political charge, tying in an unrelated Trump-Klobuchar spat. And while the Fox piece does offer insight on election trends later, it first paints the moment as embarrassing for Klobuchar, using charged language and pointing to an unrelated mistake she made.

The ensuing confusion and division could have been avoided with a simple phone call or email to Klobuchar, Maher, or one of their spokespeople for clarification. Instead, the hunt for attention and rush to be first that continues to plague journalism was on full display, jeopardizing audience trust, media integrity and the protection of truth.

Sure, it was essentially a meaningless made-for-TV conversation between a pundit and candidate. Whether it was a joke or an error doesn’t really matter. But what’s next? If journalists can’t get the little things right, the public will struggle to embrace their work when it matters most.

This piece was reviewed by AllSides Director of Marketing Julie Mastrine. She has a Lean Right bias.

This piece was reviewed by AllSides Information Architect Samantha Shireman. She has a Lean Left bias.

This piece was reviewed by AllSides Weekend News Curator Chase Brush. He has a Left bias. 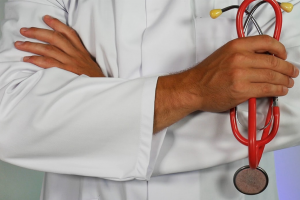