US Envoy to Haiti Resigns Over Migrant Deportations

U.S. Special Envoy for Haiti Daniel Foote resigned Thursday to protest what he called “inhumane” deportations of asylum-seeking Haitian migrants to Haiti. Many of the migrants in question did not come directly from Haiti, but instead lived in Central and South American countries for years before coming to the U.S. Additionally, Haiti is recovering from a devastating August earthquake that killed 2,200 people and impacted 800,000. In his resignation letter, Foote said: “I will not be associated with the United States inhumane, counterproductive decision to deport thousands of Haitian refugees and illegal immigrants to Haiti, a country where American officials are confined to secure compounds because of the danger posed by armed gangs to daily life.” State Department spokesman Ned Price criticized Foote, who was appointed in late July 2021, saying he had “resigned and mischaracterized” the situation instead of “participating in a solutions-oriented policy process.”

Coverage was prominently featured across the spectrum on Thursday. Coverage was mostly balanced on all sides, with a few exceptions; while most headlines called Foote a “U.S.” diplomat, for instance, Fox News’ headline said he was “Biden's.” Some left-rated outlets like CNN framed the resignation as a protest of “U.S. policy” on an issue the Biden administration was “grappling with.” 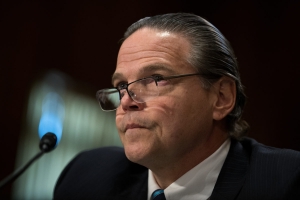 U.S. Special Envoy for Haiti Daniel Foote resigned Thursday, saying that he did not want to be associated with what he called the United States’ “inhumane, counterproductive decision to deport thousands of Haitian refugees” back to the island nation.

Foote’s resignation letter to Secretary of State Antony Blinken, which was first obtained by the PBS NewsHour, comes as the Biden administration is facing widespread backlash over its treatment of Haitian migrants in Del Rio, Texas, where images of horseback border patrol agents using reins against migrants have sparked outrage. Activists and... 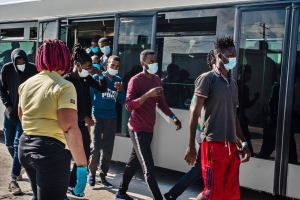 A senior American diplomat who oversees Haiti policy has resigned, two U.S. officials said, submitting a letter to the State Department that excoriated the Biden administration’s “inhumane, counterproductive decision” to send Haitian migrants back to a country that has been wracked this summer by a deadly earthquake and political turmoil.

The diplomat, Daniel Foote, was appointed special envoy to Haiti in July, just weeks after President Jovenel Moïse was killed in his bedroom during a nighttime raid on his residence. Mr. Foote, a former ambassador to Zambia and acting assistant secretary for international narcotics and... 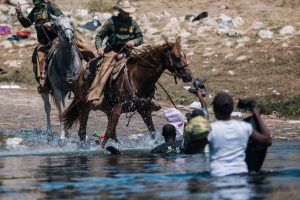 The special envoy to Haiti stepped down on Thursday — blasting the Biden administration’s “inhumane” expulsions of Haitians from Del Rio, Texas.

In a letter to Secretary of State Antony Blinken, first reported by PBS, Daniel Foote said he was resigning immediately “with deep disappointment and apologies to those seeking crucial changes.”

“I will not be associated with the United States inhumane, counterproductive decision to deport thousands of Haitian refugees and illegal immigrants to Haiti, a country where American officials are confined to secure compounds because of the danger posed by armed gangs to...