Former President Donald Trump filed a lawsuit Monday against the House's Jan. 6 Committee and the National Archives in an effort to keep his presidential records classified.

The court filing cites executive privilege, and argues that the committee’s request is too broad and amounts to an "illegal fishing expedition." Committee members called Trump's lawsuit "an attempt to delay and obstruct our probe." The committee is seeking a wide range of records from Trump's time in office in connection with its investigation of the Jan. 6 Capitol riot, including the former president's discussions with lawyers, advisors, other politicians and world leaders. On Oct. 8, the White House said it wouldn't allow Trump to use executive privilege to block the records requests.

The news was covered across the spectrum. Some reports from left-rated sources highlighted the violent events of Jan. 6 and described Trump's efforts to avoid the probe as "aggressive." Coverage from right-rated outlets focused more on the details of Trump's lawsuit. 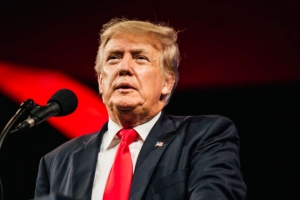 Former President Donald Trump filed a lawsuit on Monday in a Washington D.C. court against the House Select Committee investigating the Jan. 6 Capitol incident and against the National Archives in a bid to keep his presidential records classified, citing executive privilege.

Trump’s court filing, namely, argues (pdf) that the committee’s records request is too broad and doesn’t serve any legislative purpose.

“The Committee’s request amounts to nothing less than a vexatious, illegal fishing expedition openly endorsed by [President Joe] Biden and designed to unconstitutionally investigate President Trump and his administration,” the...

Read full story
Some content from this outlet may be limited or behind a paywall.
See full media bias rating for The Epoch Times
From the Center
12553
Donald Trump
Trump sues National Archives, Jan. 6 committee to block records request
Axios 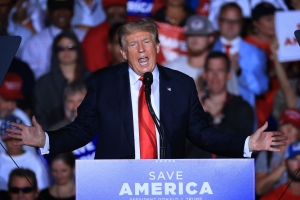 Why it matters: It's the latest escalation in Trump's campaign to disrupt the committee's sweeping probe into the circumstances surrounding Jan. 6, including his actions and communications leading up to the Capitol attack.

The big picture: Trump has already attempted to assert executive privilege to block former aides from testifying, despite subpoenas issued by the committee.

The committee will vote Tuesday evening on... 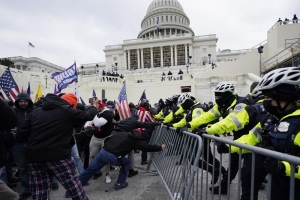 A House committee tasked with investigating the Jan. 6 Capitol insurrection is moving swiftly Tuesday to hold at least one of Donald Trump’s allies in contempt as the former president is pushing back on the probe in a new lawsuit.