Former President Donald Trump's legal team on Monday asked a judge to continue blocking the Justice Department from reviewing classified documents seized from Mar-a-Lago in August, despite a challenge to the block filed by the DOJ late last week.

In a court filing, Trump's lawyers called the Justice Department's investigation "unprecedented and misguided" and "a document storage dispute that has spiraled out of control." They also said that "there still remains a disagreement as to the classification status of the documents" seized from Mar-a-Lago, and that the government "has not proven these records remain classified." Trump's lawyers didn't explicitly say that the documents had been declassified; Trump has said repeatedly that they were.

Last week, the DOJ said it would appeal a ruling from U.S. District Judge Aileen M. Cannon for the appointment of a neutral special master and would seek a "partial stay" regarding her order blocking the government from its review of seized records with classified markings. Cannon is expected to receive and consider suggestions Monday from each side on who to appoint as special master to review the documents.

The Trump team's response to the DOJ's legal challenge was covered prominently by news sources across the political spectrum Monday. 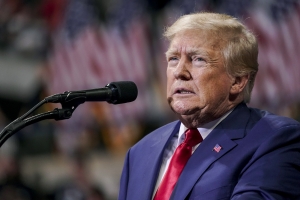 U.S. District Judge Aileen Cannon last week temporarily blocked the DOJ from using the records seized when the FBI searched Trump's home on Aug. 8 until a special master is able to review them. The DOJ challenged her order later in the week.

In a court filing Monday that called the Justice Department's investigation into Trump "unprecedented and misguided," Trump's lawyers claimed that "there still remains a disagreement as to the... 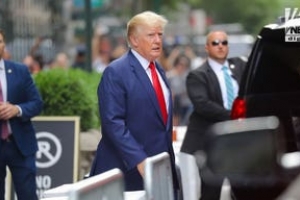 Former President Trump’s legal team opposed the Justice Department’s motion to continue its review of classified documents seized by the FBI during its raid of Mar-a-Lago last month, slamming the entire investigation as "unprecedented and misguided," and one that has "spiraled out of control," while stressing that the government has not yet proven that the records "remain classified."

In a filing Monday morning, Trump’s legal team said the Justice Department is seeking to "limit the scope of any review of its investigative conduct and presuppose the outcome, at least in regard to what...

Former President Donald Trump‘s lawyers filed their response to the Justice Department’s request to stay the order for a special master Monday.

The lawyers go through several points to say that the government won’t be harmed by a special master reviewing the documents or by holding off any criminal investigation while the review is taking place.

Both sides are expected to file their arguments on who the special master should be.

“Given the significance of this investigation, the Court recognizes, as does President Trump, that it must be conducted in the public...