In Colorado, some Democratic voters are reportedly registering as Republican or unaffiliated to vote for Don Coram, who is running against incumbent Rep. Lauren Boebert, a supporter of former President Donald Trump. In Colorado's Senate races, moderate and further-right Republican candidates are vying to take on Sen. Michael Bennet (D) in November. In Illinois, the primary race for governor is being called a battle between billionaires, with six candidates running in the Republican primary and two candidates running in the Democratic primary to challenge incumbent J.B. Pritzker (D).

In New York, the first of two primaries will be held today, with another one in August. Tuesday's race will be for lieutenant governor, governor, and U.S. Senate, as well as other statewide seats. In Oklahoma, Gov. Kevin Stitt (R) is seeking reelection, and in Utah, Sen. Mike Lee is expected to win his primary despite backlash regarding text messages he sent to former White House Chief of Staff Mark Meadows pertaining to the Jan. 6 Capitol riot. By the end of this week, almost 30 states will have completed their 2022 primary elections.

The elections were covered by sources across the political spectrum, especially local sources, but were covered much less prominently than Roe v. Wade and ongoing debates about abortion. 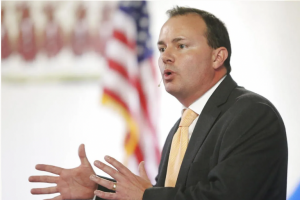 By the end of this week, almost 30 states will have completed their 2022 primary elections, according to FiveThirtyEight. Here are five states to watch as votes roll in on Tuesday: Colorado, Illinois, New York, Oklahoma and Utah.

Utah : The Deseret News’ Kyle Dunphey states that the Republican primary races are of importance, due to the fact that they largely determine the overall winners in “deep red Utah.”

For U.S. Senate, incumbent Sen. Mike Lee, a Republican, is being challenged by Becky Edwards and Ally Isom. One of these three will face Independent...

Read full story
Some content from this outlet may be limited or behind a paywall.
See full media bias rating for Deseret News
From the Left
18418
2022 Elections
Democrats' big bets on GOP primaries come due: What to watch in Tuesday's elections
Politico 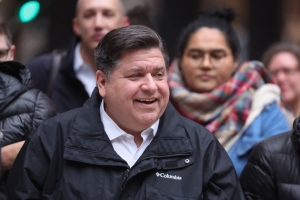 Democrats have a lot riding on Tuesday’s primaries. The Republican primaries, that is.

Facing hurricane-force electoral headwinds in November, Democrats have launched an unprecedented effort to meddle in GOP nominating contests across the country, elevating extreme candidates and attacking Republican hopefuls they view as greater threats in the general election.

Tuesday’s races feature four races in which Democratic candidates or groups are seeking to influence Republican primary voters, including a more-than-$30-million effort in the Illinois governor’s race. There are also multi-million-dollar campaigns to boost far-right Republican statewide candidates in Colorado,...

Seven states are holding primaries and runoff elections on Tuesday, but the spotlight will focus on three states: Colorado, Illinois and New York.

Democrats have sought to intervene in the top Republican primaries in Colorado and Illinois, hoping that GOP voters will choose conservative hard-liners who could prove easier to defeat in November. In New York, meanwhile, the biggest primary fights are unfolding on the Democratic side.

Here are seven races to watch on Tuesday.