On Sunday, Sen. Joe Manchin (D-W.Va.) came out in opposition to President Joe Biden's Build Back Better spending bill, delivering a blow to the president's agenda after over five months of negotiating with Democrats.  Manchin claims the bill would worsen budget deficits and fuel inflation. Biden and other Democrats say that its education, job training, and other initiatives would curb inflation and spur economic growth in the long-term.

Congress has recessed for the Christmas holidays, and it is unlikely that the Senate will be recalled to force an immediate vote.  When the bill is re-addressed in January, it is likely that Biden's plans to address wealth inequality and climate change will be reworked, and the focus could narrow to priorities such as the expanded child tax credit.  Meanwhile, Senate Majority Leader Chuck Schumer (D-N.Y.) promises to keep scheduling votes until some version of the Build Back Better bill is passed. 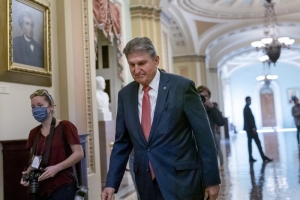 The West Virginia senator’s announcement that he could not support the bill, delivered on “Fox News Sunday” after only a cursory heads-up to the president’s staff, potentially derails not only Biden’s “Build Back Better Act,” but sparks fresh questions over passing voting rights legislation and potentially other significant bills that...

Sen. Joe Manchin (W.Va.) stunned fellow Democrats on Sunday by announcing he would not vote for President Biden’s ambitious climate and social spending bill, which his allies saw as the crowning legislative achievement of his first term.

Biden’s plans to address global warming and wealth inequality will now have to be substantially reworked if they are to become law, with many of his policy proposals potentially shelved in order to get Manchin’s vote.

Manchin’s warning Sunday that the Build Back Better bill would fuel inflation and risk American energy independence means that Democrats... 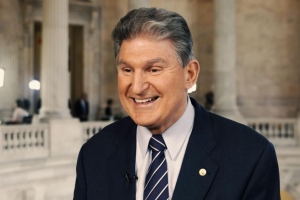 The centerpiece of Joe Biden's domestic agenda, the $2 trillion "Build Back Better" spending package, has been dealt a possibly fatal blow by a fellow Democrat, who calls it bad for America.

West Virginia Sen. Joe Manchin said Sunday he just can't vote for it. "I cannot vote to continue with this piece of legislation. I just can't. I've tried everything humanly possible. I can't get there," Manchin announced on Fox News Sunday, "This is a 'no'."

Manchin said he opposes the expensive package that Republicans have called a welfare goody bag...