Leaked videos of Disney employees advocating for more LGBTQ characters in Disney content sparked criticism from voices on the right.

In one video, the president of Disney General Entertainment said she supports having "many, many, many LGBTQIA characters in our stories." In another, a production coordinator discussed how he created a tracker to ensure there were enough gender-nonconforming characters in leading roles in Disney content. The leaked videos were from a Disney all-hands meeting to discuss Florida passing the controversial Parental Rights in Education bill, dubbed the 'Don't Say Gay' bill by critics, which bans instruction on sexual orientation and gender identity in kindergarten through third grade. Disney's CEO opposes the new law and said he hopes it gets "struck down"; his previous neutrality on the legislation sparked backlash and walkouts by Disney employees.

Right-rated news sources covered the videos extensively. Voices on the right continue to accuse Disney of having a woke agenda and enabling the LGBTQ indoctrination of children, and cite the videos as hard evidence. The videos weren't covered by left- and center-rated media; some left-rated sources focused more on the Daily Wire (Right bias) announcing plans to spend at least $100 million over the next three years developing children's entertainment that would rival Disney's purportedly woke content. One CNN writer argued that Fox News and other right-rated media are distorting Disney's position on LGBTQ issues, accusing them of "playing to the cameras to raise their own profiles." 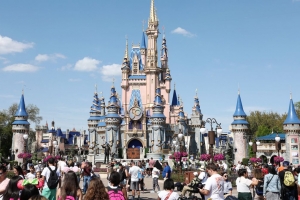 The right-wing media machine has a new villain: Disney.

Right now Fox News, conservative talk radio, and a constellation of right-wing websites and influencers are all training their firepower on the entertainment giant. Disney CEO Bob Chapek's belated stand against Florida's "Don't Say Gay" bill has given way to right-wing media portraying the company as a "woke" organization seeking to "groom" children with what they characterize as a radical LGBTQ agenda.

Yes -- really -- Disney. The family-friendly, fun-for-everyone, intentionally inoffensive brand is being challenged like never before, largely by...

Videos posted on Twitter Tuesday by an investigative journalist appear to show multiple Disney officials pushing a progressive LGBT agenda on employees as the company finds itself in the middle of a political firestorm surrounding the parental rights bill, HB 1557, in Florida.

In videos posted by journalist Christopher F. Rufo, Disney officials can be seen talking to employees at an "all-hands" meeting about the Florida bill, recently signed into law by Republican Gov. Ron DeSantis, and saying some teams at Disney have implemented an openly "gay agenda."

In another video, Disney’s Diversity and... 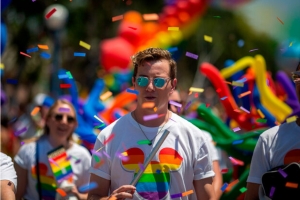 A series of videos reveals the Walt Disney Co.’s “not-at-all-secret gay agenda,” as Disney finds itself at the center of national debate over gay rights, transgenderism, and parental rights.

The videos—obtained by investigative journalist Christopher Rufo and posted Tuesday on Twitter—expose Disney executives inside an all-hands meeting in response to Florida’s HB 1557, the Parental Rights in Education bill, which was recently signed into law by Gov. Ron DeSantis.

The law, which prohibits schools from instructing young children in kindergarten through third grade on sexual orientation and gender identity, was dubbed by opponents as the “Don’t Say Gay” bill, although the legislation never used the...