US Military, Economy And Jobs, Us Defense, Donald Trump, US House, Defense And Security

The U.S. House voted 322-87 Monday to override President Donald Trump's veto of the $740 billion National Defense Authorization Act. The bill includes funding for military programs, construction projects, a 3% pay raise for military, and renaming of military bases named for Confederate generals. In a letter to Congress on Wednesday, Trump said he vetoed the $740 billion annual defense spending bill because the bill "includes language that would require the renaming of certain military installations"; Trump also criticized the bill for potentially restricting the president's ability to withdraw troops, and criticized lawmakers’ refusal to repeal Section 230 of the Communications Decency Act. The bill will now move to a GOP-majority Senate.

The story received coverage from all sides of the political spectrum. 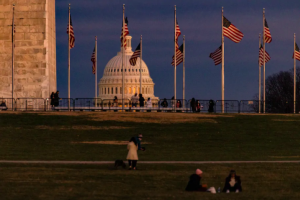 The House voted Monday to reject President Trump’s veto of a $741 billion defense authorization bill, setting up the first congressional override of his presidency just days before he exits office.

The 322-to-87 vote was comfortably more than the two-thirds of the House that was needed to pass the measure and set up the legislation for a similar override vote in the Senate later this week. But the House’s margin of victory was smaller than the support the same bill received earlier this month, before the president’s veto. Some Republicans...

Read full story
Some content from this outlet may be limited or behind a paywall.
See full media bias rating for Washington Post
From the Left
18746
Defense and Security
House Rejects Trump's Defense Bill Veto In Highly Unusual Vote
NPR (Online News)

The vote, 322-87, was a highly unusual response to a highly unusual move by a president in rejecting the legislation, which sets policies and establishes other priorities every year for the military services.

The Senate's next moves on the matter are still uncertain, but senators were set to return to Washington on Tuesday.

The political popularity of the military typically means the National Defense Authorization Act has a high likelihood of passage and...

The House of Representatives dealt a blow to President Donald Trump on Monday by rejecting his veto of a defense bill, setting the stage for the Senate to deliver the first veto override of his presidency.

The Democratic-controlled House voted 322-87 to override Trump's veto of the $740.5 billion bill, with 109 members of the president's own party siding with Democrats.

A similar motion will be introduced in the Republican-majority Senate, where it will also have to gain two-thirds support to override the president's veto.

Read full story
Some content from this outlet may be limited or behind a paywall.
See full media bias rating for Newsmax (News)
More Stories »
US Military, Economy And Jobs, Us Defense, Donald Trump, US House, Defense And Security
Go ad-free! Support AllSides.
About these ads
AllSides partners with Citizen Connect to help people connect across divides.