Ghislaine Maxwell on Tuesday was sentenced to 20 years in prison by a federal court on sex trafficking and other charges for helping Jeffrey Epstein recruit and groom underage girls.

Maxwell was also fined a $750,000 fee as well as a five-year sentence of supervised release once she gets released from prison. After 40 hours of deliberations spanning six days, the former British socialite was convicted guilty by a federal jury in Dec. 2021 on five counts of the six counts she faced. Her prison term was shorter than the 30 year-minimum that federal prosecutors in Manhattan recommended to the judge. Maxwell’s lawyers vowed to appeal her conviction.

Epstein, who was a convicted sex offender, committed suicide in August 2019 at a Manhattan correctional facility. Maxwell, 60, maintained her innocence and attempted to pin the blame on Epstein. Four women testified during the trial, highlighting the pivotal role that Maxwell had in the sex trafficking ring that ran from 1994 to 2004. 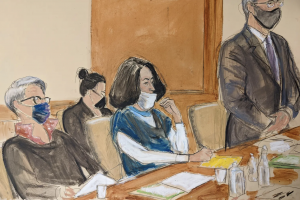 Ghislaine Maxwell was sentenced to 20 in prison Tuesday for her role in helping powerful pedophile Jeffrey Epstein abuse young girls, capping off a dramatic fall from grace for the British socialite turned-convicted sex-trafficker.

US District Judge Alison Nathan said the sentence of 240 months was “sufficient and not greater than necessary,” for Maxwell, who earlier addressed the court and told victims in a half-hearted apology, “I am sorry for the pain that you experienced.”

As she finally learned her fate, the 60-year-old predator’s face remained inscrutable, and she briefly hugged her... 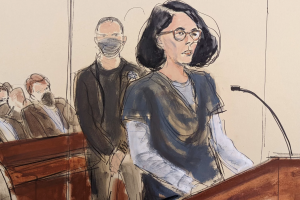 Disgraced socialite Ghislaine Maxwell was sentenced to 20 years in prison for the sex-trafficking ring of young teens she helped financier Jeffrey Epstein run for a decade.

The punishment doled out by U.S. District Judge Alison J. Nathan on Tuesday marks the most concrete punishment yet for the years of abuse Maxwell and Epstein imposed on young girls.

Several of those girls, now adults, testified during the trial, bravely pulling the curtain back on years of abuse they suffered after Maxwell and Epstein tugged them into their orbit. The two often used the allure... 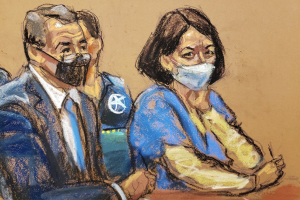 Before being sentenced, Ms. Maxwell spoke to a packed Manhattan courtroom that included some of the dozens of women who have accused her of exploiting them. She called Epstein, her onetime boyfriend, a manipulative, cunning and controlling man who fooled all those in his orbit.

“It is the greatest regret of my life that I ever met Jeffrey Epstein,” she said....

An Informer Told the FBI What Docs Trump Was Hiding, and Where
Newsweek