Five Stabbed Inside Rabbi's Home On Seventh Day Of Hanukkah

Five Orthodox Jewish people were stabbed during a Hanukkah celebration inside a rabbi's home in Monsey, New York on Saturday, an attack that Governor Andrew Cuomo has called an act of "domestic terrorism." A suspect, Grafton E. Thomas, was apprehended on Sunday, though authorities say his motive remains unclear.

Outlets on both sides of the aisle focused on the governor's comments as well as those made by President Donald Trump, who called the attack "horrific" in a tweet on Sunday. Some left-leaning outlets framed the incident as the latest in a growing string of anti-semitic hate crimes in recent months, while many right-leaning outlets highlighted the suspect's identity as a black male. 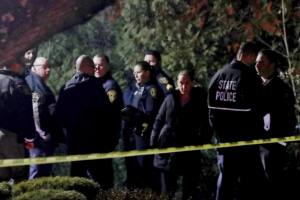 Multiple Orthodox Jews were stabbed at Rabbi Chaim Rottenberg’s Shul in Monsey, New York, on Saturday evening, and a suspect has been taken into custody by the New York Police Department. Two victims are reported to be in critical condition.

"At the residence behind us around at 10 o'clock, we received a report of a stabbing," said Ramapo Police Department Chief Brad Weidel. "We have confirmed five individuals who were stabbed at this residence. Two of them are at Good Samaritan Hospital. Three of them are at Westchester Medical Center."

Read full story
Some content from this outlet may be limited or behind a paywall.
See full media bias rating for Washington Examiner
From the Left
350
Violence in America
There was an attack on Jewish New Yorkers almost every day last week. Police are investigating these as possible hate crimes
CNN (Online News)

(CNN)Stabbings inside a rabbi's home on the seventh day of Hanukkah marked the latest in a string of incidents that have targeted the Jewish community in New York.

On Saturday night, more than 100 people were gathered in the home when a man walked in and pulled out a knife that one witness said looked "almost like a broomstick." 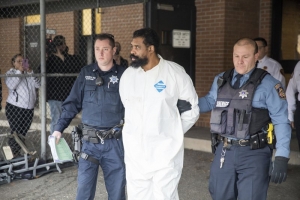 MONSEY, N.Y. (AP) — A knife-wielding man stormed into a rabbi’s home and stabbed five people as they celebrated Hanukkah in an Orthodox Jewish community north of New York City, an ambush the governor said Sunday was an act of domestic terrorism fueled by intolerance and a “cancer” of growing hatred in America.

Police tracked a fleeing suspect to Manhattan and made an arrest within hours of the attack Saturday night in Monsey. Grafton E. Thomas had blood all over his clothing and smelled of bleach when officers stopped him,...

Analysis
The line of culpability for Jan. 6 needs to be more brightly drawn than it is
Washington Post