Are Republicans Ready To Move On From Donald Trump?

After the Republican’s disappointing midterms, party leaders and media outlets are looking for someone to blame. By and large, that someone is Donald Trump. Across the spectrum, fingers are pointing at the former president, who still wields tremendous power and influence in the Republican Party but polarizes moderate voters. After three consecutive disappointing elections under the MAGA banner – 2018 midterms, 2020 election, 2022 midterms – the party appears ready to move on from Trump. The key question on the path to 2024: will Trump go quietly?

Key Quotes: John Podhoretz called Trump the “most profound vote repellent in modern American history.” Matt Lewis is not confident a disappointing midterm will be enough for the Republicans to move on, writing, “I’m not naive enough to think anything could break Trump’s spell over the GOP.” Chris Cillizza broke down Trump’s string of defeats, determining that “if ANY other politician had the sort of electoral record that Trump boasts, it’s hard for me to imagine politicians would continue paying obeisance to them.”

For Context: As of midday Thursday, control of both chambers of congress remains unknown, with votes still uncounted in a number of states. Trump is expected to announce his third presidential campaign on Nov. 15. The other name floated for the 2024 Republican nomination is Florida Gov. Ron DeSantis, who easily won reelection on Tuesday. Trump has already lashed out at DeSantis– calling him “Ron DeSanctimonious” at a rally last week, bragging about getting more votes in Florida in 2020 than DeSantis in 2022. 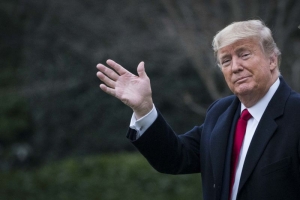 Donald Trump is all about winning.

Trump’s entire persona is wrapped up in this notion that – with apologies to DJ Khaled – all... 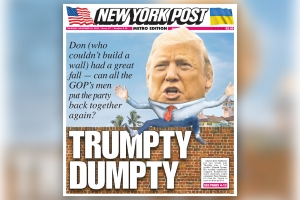 Hey, Lyin’ Ted and Sleepy Joe: Meet Toxic Trump. You know, if the former president had any self-knowledge or even the slightest ability to be self-deprecating, he might consider giving himself this alliterative nickname.

After three straight national tallies in which either he or his party or both were hammered by the national electorate, it’s time for even his stans to accept the truth: Toxic Trump is the political equivalent of a can of Raid.

What Tuesday night’s results suggest is that Trump is perhaps the most profound vote repellent... 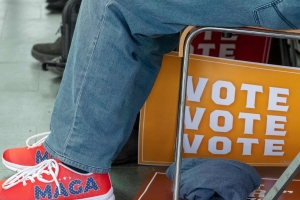 So much for the pollsters. It’s too early to say for sure, but the red wave is starting to look more like a red trickle. While we still need to wait a bit to determine the balance of power in Congress—with quite a few crucial races way too close to call—a related narrative is developing.

It has, thus far, been a pretty good election night for normal Republicans, when compared to the more extreme MAGA Trumpy Republicans.

To be sure, there aren’t a lot of normal Republicans anymore. Most have...