Twenty-three million Californians will receive payments of up to $1,050, according to a news release from Gov. Gavin Newsom's office. The release says the plan "addresses the state's most pressing needs, and prioritizes getting dollars back into the pockets of millions of Californians who are grappling with global inflation and rising prices of everything from gas to groceries." Newsom also announced the "middle class tax rebate" plan Sunday on Twitter, saying it puts "more money in your pocket to help you fill your gas tank and put food on the table."

The news was covered by sources across the political spectrum, especially on the right, but was covered much less overall as most major news outlets continue to focus on the Supreme Court's reversal of Roe v. Wade. 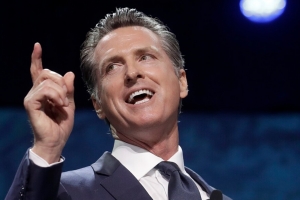 Millions of California residents could receive payments up to $1,050.

California Gov. Gavin Newsom announced on Sunday that he and the state's legislative leaders have agreed on a framework for the 2022-2023 state budget, which includes stimulus payments to help residents deal with rising inflation and gas prices.

"California's budget addresses the state's most pressing needs, and prioritizes getting dollars back into the pockets of millions of Californians who are grappling with global inflation and rising prices of everything from gas to groceries," Newsom said in a press statement on Sunday. "The centerpiece of the agreement, a $17...

Read full story
Some content from this outlet may be limited or behind a paywall.
See full media bias rating for Washington Examiner
From the Left
302
Economy and Jobs
State budget deal: Most Californians will get stimulus payments
San Francisco Chronicle 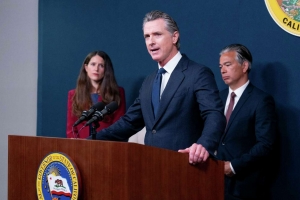 Governor Gavin Newsom announced with state legislative leaders that they have agreed on a budget that will provide stimulus payments to most Californians.

Most Californians would receive stimulus payments ranging from $200 to $350 per person under a budget deal that Gov. Gavin Newsom and state legislative leaders announced Sunday night.

Tax refunds under the agreement’s $17 billion “inflation relief package” would provide $350 to individuals making less than $75,000 per year. Couples making less than $150,000 who file their taxes together would receive $700. If families in those categories...

Read full story
Some content from this outlet may be limited or behind a paywall.
See full media bias rating for San Francisco Chronicle
From the Center
302
Economy and Jobs
Stimulus Check Update as One State to Send out $1,050 Tax Rebate
Newsweek 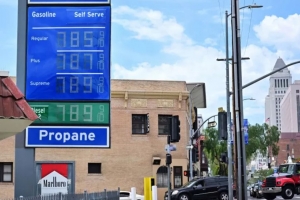 Millions of residents of one state will be receiving direct payments of up to $1,050 to help offset the high price of gas and other goods.

The payments to Californians will go out after Gov. Gavin Newsom and legislative leaders reached an agreement on the framework for the 2022/2023 state budget, the governor's office announced on Sunday.

The plan will use part of California's record-setting $97 billion budget surplus to return money directly to taxpayers.

Twenty-three million Californians will receive payments of up to $1,050 as part of a $17 billion "inflation relief" package,...